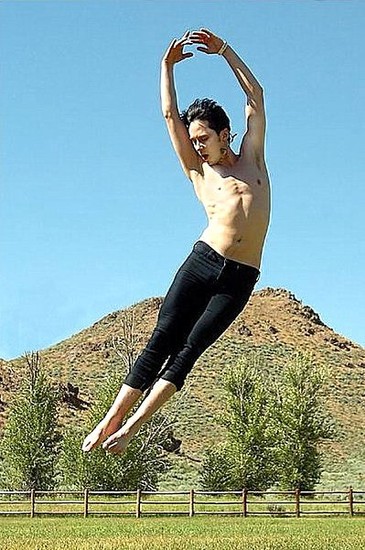 The 26-year-old world renowned figure skater is a three-time U.S. champion, two-time Olympian and World medalist. Weir, who is the star of "Be Good Johnny Weir," is an advocate for gay rights and was recently awarded the HRC Visibility Award.

"Johnny lives a life with a defined purpose, is dedicated to helping young people and is not afraid to be himself, sometimes not always an easy thing for a world-class athlete," said Rodney Scott, Christopher Street West Board President.  "As an out professional athlete, the visibility he brings is immeasurable."

Said Johnny, "I never think of myself as an activist in any capacity, but I am glad that people can find strength and inspiration in my triumphs and defeats."  He became more open following the recent epidemic of gay teen suicides hoping his story would help others.  Among the numerous charities he supports are The Trevor Project, Elton John AIDS Foundation and UNICEF.

Now it its 41st year, the three-day LA Pride Festival runs June 10-12, 2011 and includes the annual parade, which draws over 400,000 spectators to its route along Santa Monica Boulevard.