Elizabeth Taylor remembered as a champion for the gay community 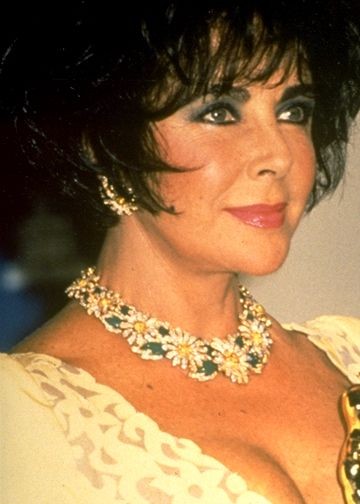 "Taylor put a compassionate, even beautiful, face on the campaign for AIDS awareness"

Following the news of Elizabeth Taylor's death at 79, many are remembering the two-time Oscar winner as an amazing philanthropist who successful transformed from movie star to AIDS activist.

Of all the many tributes pouring in about Taylor's seven-decade career, the most important is her activism.

"Elizabeth Taylor was among the first and one of the strongest voices in the fight of AIDS," said Rick Garcia, a long-time gay-rights advocate.

When Rock Hudson died of AIDS in 1985, Taylor brought celebrity to the fight against a disease so many knew so little about.

"[I]t wasn't until Elizabeth Taylor got involved with AIDS activism - in response to the death of her friend Hudson and the controversy surrounding his decision to hide his illness until the end - that concern about AIDS became socially acceptable, even glamorous," said Chicago Reader theatre and film critic Albert Williams.

"Her early and continuing support for the fight against AIDS also carried over to her lifelong support of the gay community," recalled Zwecker. "I understand that it first grew from her friendships with Montgomery Clift and Roddy McDowell, who (in particular) introduced Elizabeth to many members of the gay community in Hollywood."

"Of course, during the '50s and early '60s most of those people were very closeted, but I understand Taylor always was very much in support of every level of gay rights as the movement evolved."

"In the past few years she was an outspoken advocate for the gay marriage rights and all the other issues important to the community."

Taylor, who was dubbed ‘The Joan of Arc of AIDS' in the early 80's, spent the last 25 years of her life fighting for those with HIV and AIDS. Friends and family say Taylor's true passion was her charity work.

"Taylor's fame and her willingness to use it helped her put a compassionate, even beautiful, face on the campaign for AIDS awareness," said Williams.

"Her stature, visibility and outspokenness played a significant role in changing attitudes about gay people and HIV," concluded Garcia. "She will be sorely missed."

Elizabeth Taylor died Wednesday morning of congestive heart failure at Cedars-Sinai Medical Center in Los Angeles. Her family asks that instead of flowers, any donations be made to the Elizabeth Taylor AIDS Foundation.