On the candidates: Gery Chico 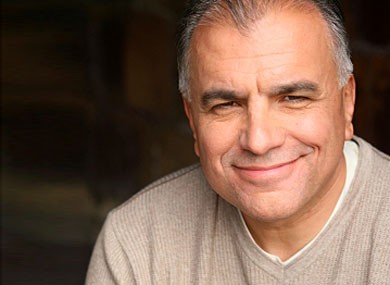 photo credit // wikipedia
Chicago, IL - As the mayoral campaign days head toward the single digits, the candidates are pulling out all the punches and not passing up on any remaining opportunities to make their appeal to undecided or swayable voters.

That newfound sense of urgency might explain why all of the top candidates in the race have found themselves double-booked this Wednesday, Feb. 9 as the Chicago Defender has rescheduled their snowmaggedoned-out debate at the same time as the candidate forum being hosted by a coalition of dozens of the city's LGBTQ organizations and moderated by WCT editor Tracy Baim.

Despite the scheduling snafu -- and Chicago Defender's apparent refusal to delay its own event -- the show must go on: As of press time, all of the candidates have said they will still attempt to attend both events. The LGBT forum, which is unfortunately no longer open to new RSVPs, begins at 6 p.m. and will stream live on www.windycitytimes.com.

Before tuning in to the forum, be sure to read up on city government veteran and attorney Gery Chico. Chico has a strong record on LGBT issues -- in his 2004 campaign for the Senate seat eventually won by President Obama, Chico stood apart from the rest of the field as the only candidate to support gay marriage. Six years later, Chico continued to speak out for LGBT equality in his campaign and has not been at all shy about his desire for the city's gay vote. Following his campaign's surge upward in recent weeks, he also stands perhaps the best shot of any candidate to challenge Rahm Emanuel.

Learn more about Chico -- and the other leading candidates, whose profiles are also included -- below, be sure to check out the forum coverage and, most importantly, get on out there and vote. Our city and community's future depends on your engagement in this race.

The basics: Chico, 54, was born and grew up in Chicago's McKinley Park neighborhood. He majored in political science at the University of Chicago and first entered into politics through an externship in the city's Department of Planning during his senior year. He later graduated from Loyola University Chicago's law school before launching his legal career. Beginning in 1992, Chico was Mayor Richard M. Daley's chief of staff for three years before being appointed to president of the Chicago Board of Education. He later headed the Chicago Park District and City Colleges of Chicago before he resigned to pursue the mayoral office. Chico and his wife Sunny have five children -- three from Gery's previous marriage and two from Sunny's.

On the record: While Daley's Chief of Staff, Chico helped to extend domestic partner benefits to city employees as well as prohibit discrimination on the basis of sexual orientation. As president of the Chicago Board of Education, he instituted bullying programs. As a candidate for U.S. Senate in 2004, he arguably held the most pro-LGBT positions of any of the contenders.

During his mayoral campaign, Chico has held numerous events reaching out to the city's queer communities and lobbied on behalf of the state's civil unions legislation. He was also the first candidate in the race to release a campaign LGBT platform.

His LGBT platform: Beyond being the first LGBT platform released, Chico's platform -- if followed through by dedicated action, should he be elected -- is quite possibly the most thorough and comprehensive of any candidates in the race (with the possible exception of del Valle, who never, to our knowledge, released an LGBT platform but whose responses to the LGBT community coalition's survey were quite nuanced and included some very unique and promising proposals.)

Chico has called for several interesting steps in his platform, including extending domestic partner benefits to "all contractors that interact with the city at any level" -- one has to wonder what impact that could have on faith-based service agencies that receive city or state funding, such as the Salvation Army. In an interview with the Windy City Times, Chico seemed to suggest he would not "leverage municipal support" against social service agencies who are not LGBT-inclusive in their hiring or providing of services.

Chico has also called for holding bi-annual neighborhood summits with LGBT community leaders and expanding the role of the mayor's LGBT liaison office to better coordinate city services with the services provided by community groups. He wants to institute mandatory LGBT sensitivity and diversity training for all members of the city's fire, police and emergency medical treatment workers and also has proposed a proactive anti-bullying program, coordinated with relevant gay groups and social service agencies, in all Chicago Public Schools.

Chico's platform is also the only one in this race that specifically addresses trans issues. In his response to the community questionnaire, he said he would work to include more transgender people in city government and push the police department to implement more trans-friendly policies.

One aspect of Chico's platform that is unique, but strange, is his support of adding an LGBT liaison to each of the city's police districts, of which there are 25. While this welcome change, acknowledging the presence of queer people throughout the city, and not just on the North side, funding such an expansion will be no easy task. Coupled with Chico's promise to hire 2000 more police officers, one has to wonder how a Mayor Chico would handle the city's budget deficit while still maintaining the services it provides. While he's proposed to "strip down the budget, re-prioritize spending and rebuild the budget line by line," he has yet to offer any concrete examples of just how he would do that.

All told, Chico's platform is among the strongest, but finding the funding to implement some of his plans remains a question that has been left largely unanswered.

Chico's plans resulted in the endorsement of long-time LGBT activist Rick Garcia in December, which was the most prominent endorsement of any candidate among the city's queer community leaders until last week's announcement of an LGBT coalition for Rahm Emanuel at the Center on Halsted. Those endorsing Emanuel included all four of the city's openly gay elected officials -- Tom Tunney, Greg Harris, Deborah Mell and Debra Shore -- and some 200 others.

The prognosis: Chico's campaign has surged and Braun's has hit a major road block at just the right moment and it appears very likely that -- assuming no candidate in the Feb. 22 election receives at least 50 percent of the popular vote -- the run-off election will be a showdown between Emanuel and Chico come April 5. If Chico continues to leverage Emanuel's refusal-to-date to provide details on his newly announced "luxury tax," he just might challenge the once-invincible Emanuel.

Yes, Emanuel still maintains a substantial edge in the race according to every conceivable metric. But if this election has taught us anything, it's to expect the unexpected and to never count anyone out. With two weeks of campaigning still to go, this race is still far from over.

Trading in trivialities: According to Time Out Chicago, Chico is a fan of comedian Chris Rock, Redmoon Theater and the Goodman Theatre -- his wife is on the theater's board... According to the Sun-Times, his favorite book is Upton Sinclair's The Jungle ... Chico spent his freshman year of high school wheelchair-bound at home due to an injury -- requiring a total hip replacement -- sustained from many years of playing catcher on the baseball team. He is/was a bit of a jock -- he also played hockey, basketball and football ... Chico's perhaps strangest headline-grabbing moment during this campaign, was his call for Soldier Field to host the Super Bowl as soon as 2015. Such a move would require some major renovations to the stadium -- Soldier Field is currently about 8,500 seats short of the minimum capacity requirement.

According to the Zodiac: Chico was born on August 24, making him a Leo-Virgo cusp, known for their keen sense of timing -- knowing when to be quiet and when to speak out -- and persuasiveness, qualities that contribute to their popularity. The question comes down to how they use their influence -- they can be manipulative or domineering at times. Other Leo-Virgos in the political realm include 2012 GOP presidential hopeful (and frequent FOX News pundit) Mike Huckabee, Nobel Prize recipient Yasser Arafat and renowned writer Howard Zinn.