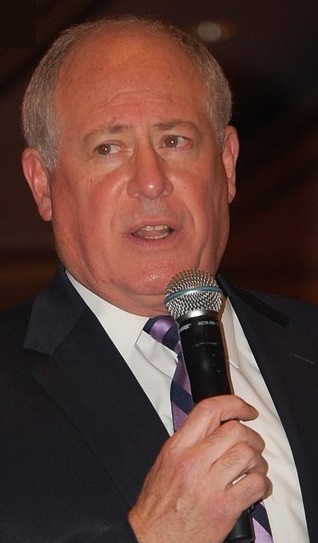 gov. pat quinn in dec. at the world of chocolate

Chicago, IL - Illinois Gov. Pat Quinn will sign landmark civil unions legislation into law during a ceremony this afternoon giving gay and straight couples in Illinois many of the legal rights afforded to married couples.

Quinn says he will follow his conscience when he signs the bill today, which was one of his campaign promises he made last August.

"We have to fight to make sure everyone is left in and no one is left out," said Quinn.

The historic event will be held before an overflow crowd at the Chicago Cultural Center, 78 E. Washington, today at 4 p.m.

"Our biggest problem right now is public response of people who want to be there to witness the ceremony. They feel this is part of history," state Rep. Greg Harris (D-Chicago) told The State Journal-Register.

With Quinn's signature Illinois becomes the twelfth U.S. state or district to grant legal recognition to same-sex relationships through either civil unions or marriage.

"It is great for Illinois and the advancement of true equality," state Rep. Deborah Mell (D-Chicago) told ChicagoPride.com. Mell made an emotional plea to her colleagues as the civil union bill was coming up for a vote.

The new law becomes effective on June 1, 2011; however, there is still work to be done before the first civil union will be recognized. According to the Journal-Register, the state Department of Public Health is working on the paperwork that will be necessary for people interested in civil unions.

The bill does not recognize same-sex marriages, but will provide the same spousal rights to same-sex partners when it comes to surrogate decision-making for medical treatment, survivorship, adoptions, and accident and health insurance.

It is unclear if any of the Chicago mayoral candidates will attend. Rahm Emanuel said he supports gay marriage during an event Friday at the Center on Halsted.

"In the debate for civil unions, though I wasn't an office holder, I made phone calls," he said. "I look forward to making phone calls on the issue of marriage."

In an effort to accomodate the anticipated large crowd, organizers plan to offer a satellite seating area to included closed circuit video coverage.

"I am thrilled the the governor is signing this important bill into law," said Equality Illinois co-founder and long time gay rights advocate Rick Garcia. "This bill brings us one step closer to full Equality in Illinois."