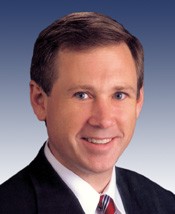 Washington, DC - The US Senate late Saturday morning voted to move ahead with debate on repeal of the 1993 "Don't Ask, Don't Tell" (DADT) law which has haunted gays and lesbians in the military.

While the actual repeal vote will take place tomorrow and needs only a simple majority, the procedural victory required 60 votes and was the catalyst needed to insure passage.

Freshman Illinois Republican Sen. Mark Kirk voted for the measure along with five other Republicans. Three Republicans and one Democrat did not vote.

Since the Senate and House versions of the bill are identical, the measure now goes to President Obama who has supported the legislation. The House passed the measure Wednesday 250-175. Once the President signs the bill, the White House and the Pentagon must go through implementation rules which will determine exactly when the law's repeal will take effect. This will take at least 60 days.

In a statement issued moments ago to ChicagoPride.com, Sen. Kirk said "Over the last several months, I urged Congress to wait for the considered judgment of our uniformed military through the Joint Chiefs of Staff's report before changing the policy. If we are to eliminate one military personnel policy, we must have a new one that is easily understood to guide the First Sergeants and Navy Chiefs who really run our squadrons, squads and ships.

"I very carefully read the Joint Chiefs of Staff report and met at length with Chief of Naval Operations, Admiral Gary Roughead. Following their exhaustive and considered military judgment, I support the Joint Chief's recommendation to implement the repeal of the current policy once the battle effectiveness of the forces is certified and proper preparations are complete. The legislation before us provides our military leaders with the time they requested to change the policy. Without this legislation, Admiral Roughead warned that courts, like California's federal courts, would issue further confusing stop and start orders to our military, causing chaos in our military recruitment and retention programs. In the end, the Constitution charges the Congress with setting military policy and the Executive branch with implementing it. The legislation containing the recommendations of the Joint Chiefs of Staff will remove the various orders of conflicting and uncertain court litigation from our military, allowing uniformed leaders to once again effectively manage our national defense. As a 21-year Navy Reserve officer, I believe it is important for military leaders, not federal judges, to run our armed forces," Kirk concluded.

Sen. John McCain (R-AZ), who had been the lead obstructionist of the repeal, stated before the vote "Today's a very sad day."