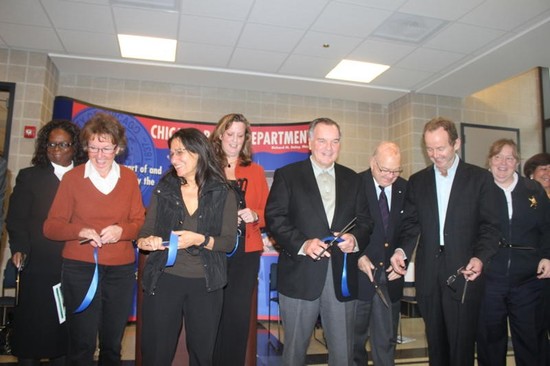 The Town Hall district station, which has stood at the corner of Halsted and Addison since 1907, is being replaced by the new high-tech 44,000 square-foot police station located at 850 W. Addison.

Situated in the heart of Chicago's LGBT community known as Boystown and just three blocks from Wrigley Field, the new two-story building was built at cost of more than $30 million with a design based on the prototype for other new police stations that have been built throughout the city.

Officers and staff are expect to be completely moved into the new facility by November 22.