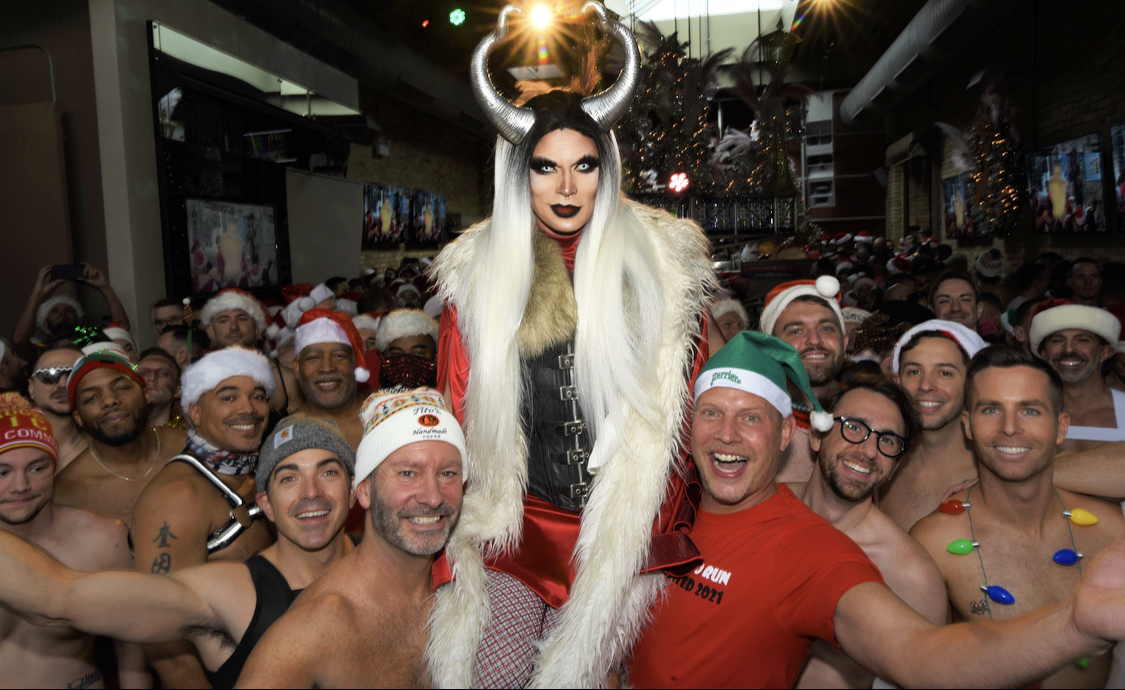 The annual fun run created by Jeff Colgan and Karl Sponholtz has raised more than $500,000 since 2011

The Santa Speedo Run Northalsted, a popular annual tradition in East Lakeview, is the largest winter event at Sidetrack – and the largest fundraiser at the Boystown bar.

Since 2011, hundreds have run through the heart of Boystown, clad in nothing more than Santa hats, speedos and other holiday attire. The spectacle is a major fundraiser for the Center on Halsted, filled with plenty of eye-candy of all shapes and sizes.

About 250 are expected to participate in the 1-mile run on Saturday, December 3, starting at 2 p.m. at Sidetrack. Awards will be presented at 2:30 p.m., along with door prizes and more.

The after-party at Sidetrack runs from 4-8 p.m.

“We are very excited to celebrate the 11th annual Santa Speedo Run Northalsted,” said Sidetrack general manager Brad Balof. “Now more than ever we need to do two things: celebrate our amazing community and our amazing selves while having a good time.”

One year, for instance, Balof recalls when the mannequin challenge was all the rage, “we filmed a mannequin challenge on the day of the run and it was an epic feat to get everyone in Glass Bar to hold still while the cameraman weaved through the crowd,” he said.

“A lot of organizations hold very expensive black-tie galas to raise $100,000; this (event) is the antithesis of that. It’s a silly, sexy, fun afternoon of frivolity. Jeff Colgan and Karl Sponholtz created a truly magical event,” Balof said.

Mike Miller and his Ho-Ho-Host Committee will be helping as ambassadors for the event, Balof said.

This year’s top fundraiser so far is, no surprise, David Roberts, who has already raised about $12,000.

“Debbie Fox will be on-hand to lead the carols and prize giveaways as well as the underwear auction. Yes, (people can) buy the underwear right off a runner,” Balof said. “There are amazing prizes being awarded in a drawing for those who raise additional money above their entry fee. Richard Dayhoff brings an amazing collection of donations from local businesses and organizations.”

Since its inception more than a decade ago, the annual fun run has raised over $500,000 to support services and programs benefiting the LGBTQ community.

To register as an individual or as part of a team visit santaspeedorun.centeronhalsted.org.