Luke Macfarlane on 'Bros': Box office was not what I had dreamed it would be 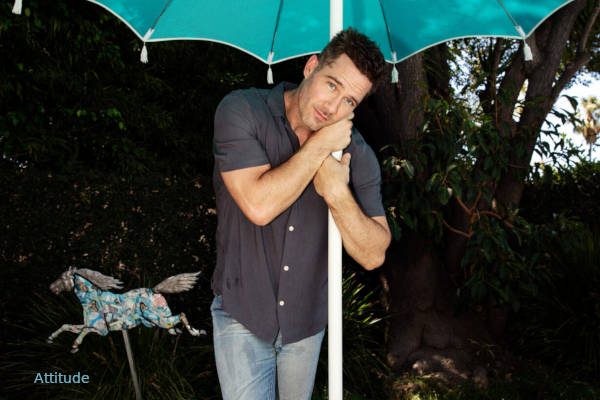 Out actor Luke Macfarlane has weighed in on the debate about who should play queer roles.

Macfarlane, a staple of Hallmark movies, appears opposite Billy Eichner in the gay rom-com Bros.

The film was a hit with critics and moviegoers, racking up a 90% audience score on movie aggregator Rotten Tomatoes, but a disappointment at the box office.

Speaking with UK LGBTQ glossy Attitude, Macfarlane acknowledged some of the film's lapses.

"As [producer] Judd [Apatow] has said, it's the best-reviewed movie he's ever made, and in all the metrics of audience appreciation, the scores, and data, it's done very well. The box office was not, however, what I had hoped and dreamed it would be," Macfarlane said.

"I think it's a really funny movie. Maybe we could have changed the marketing, but I don't think it was that," he said, referring to criticism that the film was too heavily marketed to a mainstream audience. "Maybe it's what we often say about living in a bubble because everybody I know really liked it. It's a very big country, the United States."

Macfarlane, who has played numerous straight characters, including his upcoming part in Apple TV+'s Platonic, gave his opinion on who should play queer roles.

"I am very uncomfortable with putting rules down about who can play what in general," Macfarlane said. "And the performances that I've seen of the straight male actors playing gay have been some of the most moving. As a young gay man watching Brokeback Mountain and being gutted watching Philadelphia with my father, and him understanding that America's father, Tom Hanks, was able to inhabit something and give it so much dignity was so important."

"So, I would never want to say who can play what and I've said this before, but I'm super excited to see Bradley Cooper play [the late gay American conductor] Leonard Bernstein. It's gonna be amazing. He's the perfect guy to play that. And I don't think he's gay," he said.