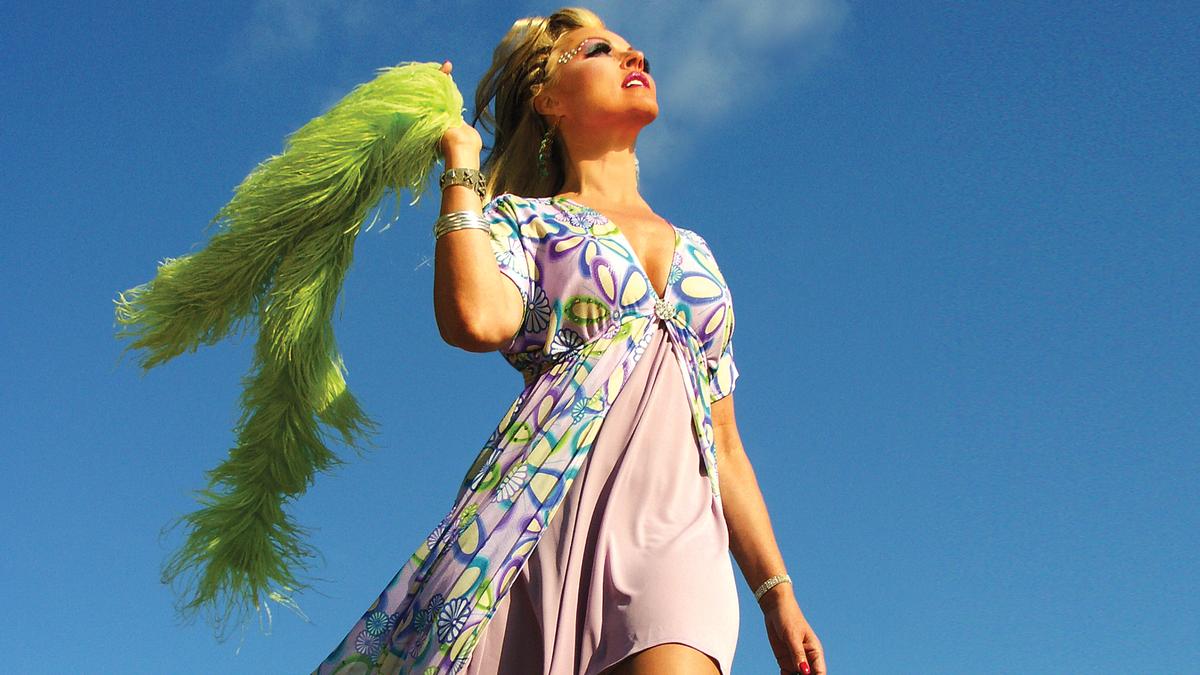 'The song stands out because it’s so relatable,' says Kristine W

Despite being one of the most popular dance club artists of all time, with 17 No. 1s to date on the Billboard Dance Club Songs chart, the latest release from megastar Kristine W is, quite possibly, her all-time favorite – and one of the most challenging personal and professional songs for her.

Her new single, “Can’t Look Back,” is the first release from her upcoming album. Produced by James Hurr, the song is a lush, soulful club groove, made even more powerful with its message of rising up and appreciating the day. It was inspired by the death of Kristine’s mother, who passed from complications from a major stroke on Nov 6, 2021, at age 85.

“My mom loved the lyrics and I had played one of the rough mixes for her a few days before she had the stroke that eventually killed her,” Kristine said. “(The lyric) ‘Here’s to the men that might have been’ was a toast she made over the years that always cracked my sister Viki and I up. Those two women were my anchor, so losing both in the last 2 1/2 years have been the biggest losses of my life.

“The song stands out because it’s so relatable. We all know we can’t keep looking back, but it’s hard to not get stuck in the past and the depression that comes from loss and heartbreak.

“My mom would want people to stay positive and count their blessings instead of dwelling (on) the past. When my father died unexpectantly, leaving my mom a widow with four children under the age of 6 in her late 20s, she became debilitated by the grief. She told me when I was older, if my Grandma Mauriel hadn’t left Oregon to help her, she may not have survived my dad’s death.”

“Mom’s spirit is so much a part of the lyrics of this single. I really feel like she was holding the pen on this one,” said Kristine, who found solace, to some degree, through songwriting. “Writing my feelings down has been cathartic. I hope by sharing the song now with the world that it helps those experiencing similar loss to move forward too.”

She says the element that sets “Can’t Look Back” apart from other tracks playing in clubs right now is that it is a real song with two verses, a chorus, a bridge, and a B section. “You don’t hear many bridges in songs these days. It gives the feeling that the song is carrying listeners on a healing journey,” she said.

Kristine said the album is fun; it’s about celebrating everything: relationships, love, loss, survival and the navigation of it all. “It’s about life, really,” she said.

Kristine’s legacy of sound dates to 1985 and she is now listed among Billboard's 8 Greatest of All Time Top Dance Club Artists, and she ranked No. 3 in Billboard's Top Dance Artists of the Decade.

Kristine is a dedicated supporter of the LGBTQ community and has a huge following within the gay community. She is an outspoken supporter of LGBT rights and regularly performs at Pride events.

Kristine W is tied for third-place with Beyoncé for the most consecutive No. 1 hits (9) and her album The Power of Music is one of only three albums in the history of the chart to produce at least seven No. 1s from one album (Katy Perry's Teenage Dream [2010] also had seven, and Rihanna's Anti [2016] had eight).

“I’m very grateful for my career, especially my fans,” she said. “So many are my friends and have been with me on this journey since the first album. I feel blessed to have shared so many memories through shows and music. It’s been life-giving.”

So what’s next, or what’s left?

“I want to create a country album and do some of the cool country songs I have written over the years and pay homage to my roots,” she said. “My father was an incredible country singer and my mom was as well. She felt she was more of a folk singer, and she was, but she could sing anything. They both had beautiful voices; they performed together and were a great duo. I want to do that for them.”

Gay Community: “I have loved being part of the Rainbow family. We have supported and cheered each other through some turbulent times.”

The Windy City: “I have always loved Chicago, the home of house music. The first time I experienced Frankie Knuckles live was in Chicago, not long before he died. There are so many talented musicians, producers and writers in Chicago, and I’ve been blessed to meet many of them. There’s a lot of history and music magic in Chicago.

More Chicago: “All the Halsted (Street) shows are super special to me. My dancers, singers and sound team talk about the (Chicago) shows for months; they are always so electric. The people and the energy are next level … nothing like it.”

In Chicago: “I always see my friends Tripp and Todd, who have been married forever and make my heart happy. Also, when in Chicago, I (visit) museums and see (local) DJs.”

Final Chicago Thoughts: “I’m hoping one day soon we can do a big legends of house (music) concert in Chicago. There are so many artists who have come from Chicago and been inspired by the house scene that it would be epic.”