The call on the field is: Hall of Fame for Chicago's Doug Malm 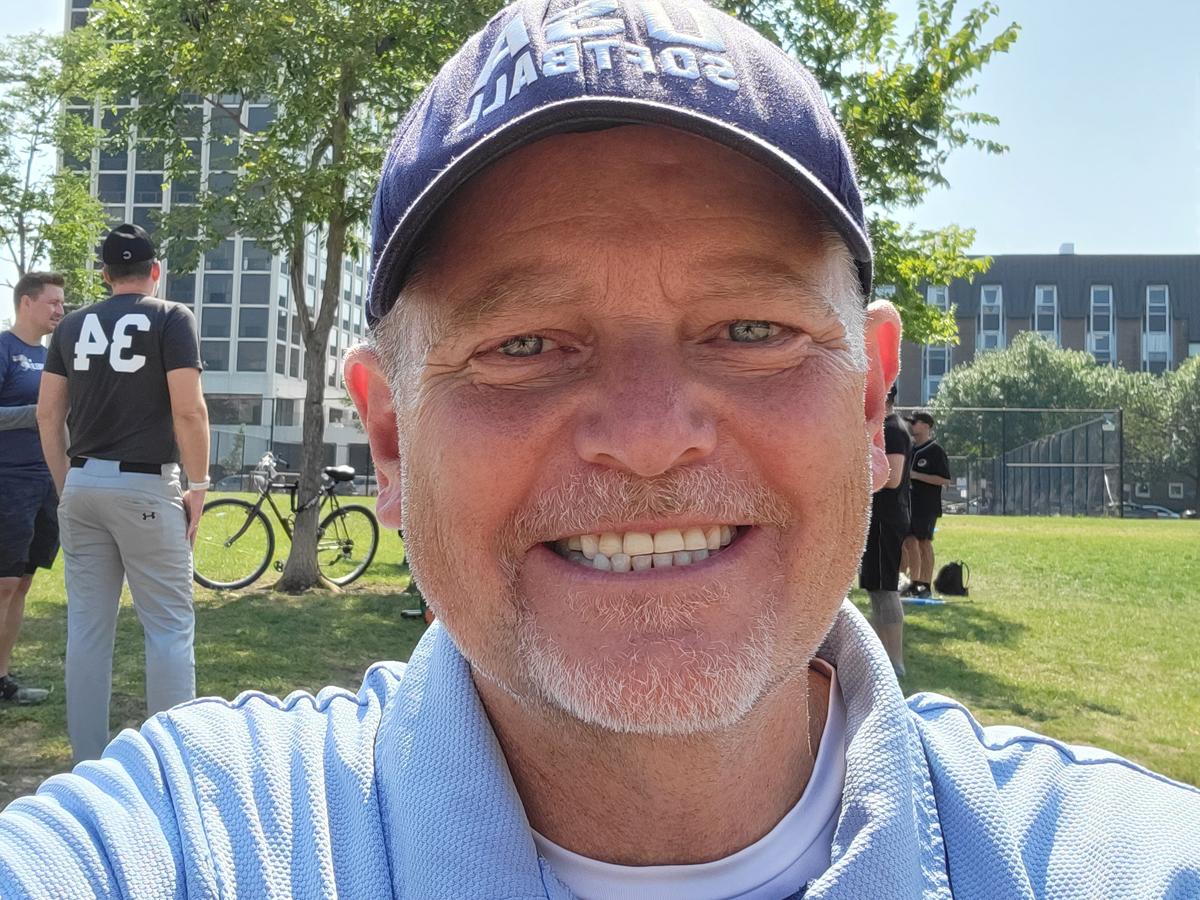 As Doug Malm celebrates 30 years – as a player, umpire, league official and more – for the North American Gay Amateur Athletic Alliance (NAGAAA) and its annual Gay Softball World Series, he also this year joins its elite.

Malm will be inducted into the NAGAAA Hall of Fame on Tuesday, August 30th in Dallas during the annual Gay Softball World Series, the lone representative from Chicago and the Chicago Metropolitan Sports Association (CMSA).

“The NAGAAA Hall of Fame has always been a respected award; it honors so many who came before me (who) paved the way for gay softball,” said Malm, 58, who is a systems analyst at Locke Lord. “It impresses me that your friends from over the years appreciate the time and energy that was put into the local softball leagues that they have taken time to document and nominate their local leaders to the Hall of Fame. I’ve attended the Hall of Fame dinners for many years and have some fantastic stories from many inductees.

“I am truly honored to be inducted, (to) represent Chicago and join my fellow (past) Chicago inductees.”

Malm made his local gay softball debut in 1993 and has since done everything possible on and off the field. He was the CMSA Open Sunday Softball league commissioner, a longtime pitcher, and is now the CMSA umpire-in-chief. He also helped develop a ratings committee, expanded the local umpiring crew, was one of the founding members of Chicago’s Senior Cup tournament, and he helped organize food drives for Lakeview Pantry.

A member of the CMSA Hall of Fame, Malm also has been awarded the prestigious James R. Brody Award for outstanding sportsmanship in Chicago’s predominantly LGBT softball league.

“I was first introduced to NAGAAA and the (Gay Softball) World Series in 1993 when we attend the Series in Philadelphia. I thought, what a great event that draws people from all over the country. Back then, the Series was smaller, but no less important and enjoyable to everyone who attended.

“It’s amazing to look back and think (about) my involvement with CMSA softball and CMSA in general over the past 30 years. My first experience with CMSA, (which was known as) MSA at the time, was in 1989 when I moved to Chicago and joined the tennis league. That led me to meet many new friends and led me to MSA bowling and meeting Peter Meyer. (He) told me about softball and I joined his team.

“I’ve been involved with every sport except basketball that CMSA has offered either as a player, committee member or on the organizing group for new sports (badminton and kickball).”

Malm has twice (in 1999 and 2000) played on Chicago teams that finished second in the Gay Softball World Series, and he has played in the annual, week-long GSWS almost every year from 1993-2009. He has umpired the GSWS annually since 2010.

In addition, Malm served on the GSWS Host City Committee in 2011 when the event was run by CMSA and held in Chicago.

He still recalls the magic of the 2000 Chicago Sidetrack Assault team that finished second at the GSWS in Toronto. “It was a great Series, a wonderful city and many fond memories that I still have to this day of the great group of guys,” he said.

Malm’s GSWS umpiring career has included work in multiple championship games and, yes, those are as memorable for the umpires as they are for the players.

“I became interested in umpiring when (CMSA) started to train and use members from the (CMSA) softball league and our community,” Malm said. “We had been using the local (umpiring) association which, while not bad, the league felt having gay or gay-friendly umpires would put some players at ease. This was when being out was still not prevalent in our community and many players needed to be protected.”

Fellow Chicago-based softball umpire Julie Colwell said Malm “is willing to umpire at all levels and is very capable, personable and level-headed. He is constantly learning and taking the time to help mentor younger umpires through the ranks.”

She added: “Doug has been instrumental in (the) CMSA league. He has always strived to build our league with players and umpires.”

Longtime Chicago softball player Steve Kasperski said that, during Malm’s six-year run as CMSA Open Sunday Softball commissioner, the league “grew exponentially during his leadership and had the most members of any NAGAAA league during those years.”

Kasperski said Malm’s transition to umpiring instead of playing has been smooth. In fact, he said Malm “has flourished” as an umpire.

“Doug is viewed as one of CMSA’s most consistent and fair umpires,” Kasperski said. “His reputation has been rewarded with invitations to officiate regional tournaments and at the NAGAAA World Series. As co-chief umpire for CMSA, Doug has taken a leadership role in recruiting and developing the officiating team. I always enjoy his recall of unusual situations that required thoughtful interpretations of the rules in making an umpire decision. He used them as teaching moments while strengthening his knowledge of the game.

“Early Sunday morning during softball season, you will find Doug at the fields long before his first game, surveying the diamonds, chatting it up with others, and then continuing his role assuring another (smooth) day of softball (for) CMSA.”

Malm said the levels of talent and sportsmanship in the annual GSWS have grown every year in the GSWS. “I have become friends with many players over the years and it is truly a reunion of friendship every year,” he said. “The players are there to win; the umpires are there to give the best called game we can. We all are there for the friendships we’ve built on the fields and the fellowship off the field.

“I’ve been privileged to have umpired several GSWS championships. These games are exhilarating, intense and rewarding. The players are in a game they’ve practiced and played all year in their league and all week in the host city to get to this point. It’s usually a 3- or 4-man (umpiring) crew for these games. All umpires are focused, and we work in unison to give our best game to every play as we know the players will be doing their best. During the championship games, the stands and sidelines are usually filled with people watching and cheering on their teams. It can get very loud and the buzz of the crowd can be felt by everyone playing and watching. I have (umpired) some games,” over the years.”

Malm acknowledged many locals for his softball success and singled out two late CMSA members who, he said, were main reasons for his Hall of Fame accolades: Peter Meyer and Bobby Nicholson.

“I couldn’t have asked for a better person to begin playing softball,” alongside than Meyer, Malm said. “Peter was a great coach who worked with everyone to better our softball skills. Peter always emphasized the importance of the social aspect of the game.”

Malm befriended Nicholson first as a foe on the field, and then a teammate.

Nicholson also, for years, was the CMSA umpire-in-chief.

“I had expressed interest in becoming an umpire and Bobby took me under his wing,” Malm said. “Bobby knew the game as a player and umpire; I learned so much from him over the years. He always gave constructive comments in a supportive and encouraging manner.

“Both Peter and Bobby were pillars in CMSA softball, and the league is vital today because of their dedication.”

Malm added: “I’d like to thank all my friends for their support over the years. I also would like to thank my partner, Nick, for putting up with the long Sundays when I’m gone all day umpiring or the weekends I’m away umpiring tournaments. I wouldn’t do it without his support and understanding.”