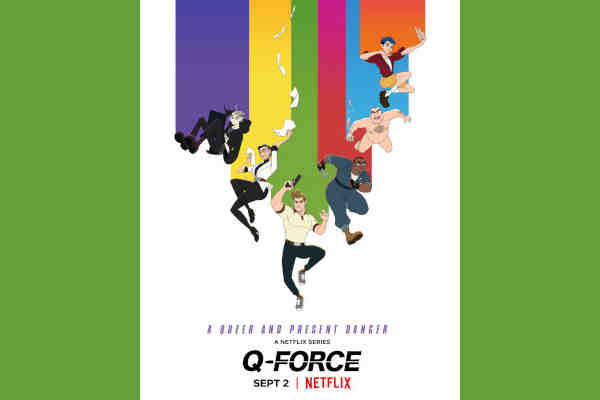 Netflix has canceled the LGBTQ animated series Q-Force after one season.

In the series, Agent Steve Maryweather (aka Agent Mary) of the American Intelligence Agency (AIA) is sent to West Hollywood after coming out gay. Instead of disappearing into obscurity, Maryweather (played by Hayes) assembles a squad of queer geniuses, including mechanic Deb (Sykes), master of drag and disguise Twink (Rogers), and hacker Stat (Harrison). Together, they're Q-Force.

Q-Force joins Batwoman, The Wilds, and Killing Eve in a growing list of queer-inclusive shows ending.

Critics panned the series, arguing it relied too much on dated stereotypes, but viewers gave it high marks on Rotten Tomatoes.