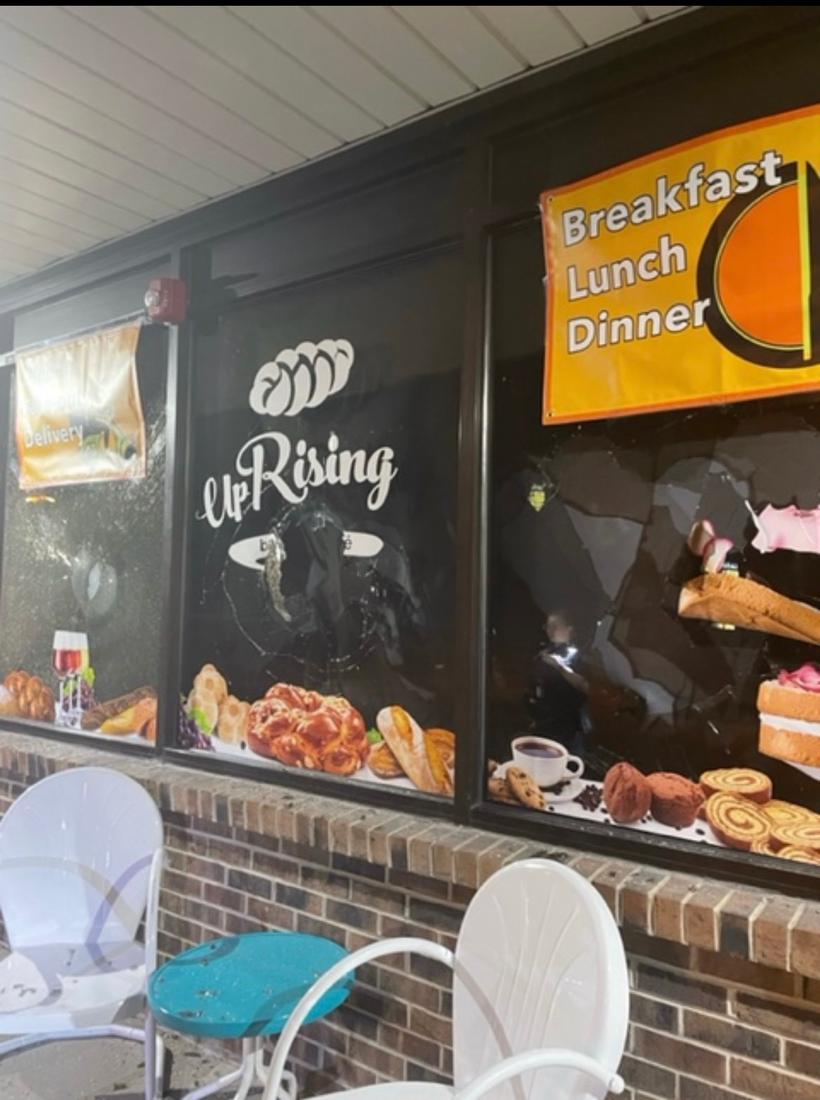 photo credit // twitter.com/mperlmannews
An Alsip man was arrested for vandalizing a northwest suburban bakery early Saturday morning, less than 24 hours before a sold-out drag show was to take place at the business.

UpRising Bakery and Cafe located in Lake in the Hills has since canceled the event.

“We did not want to back down from bullies, but absolutely cannot in good conscience continue with tomorrow's plans. It breaks our hearts,” the bakery owners posted on Facebook.

Joseph I. Collins, 23, of Alsip, was charged with a hate crime and criminal damage to property, according to a complaint from the Lake in the Hills Police Department.

The cafe sustained “significant damage,” according to police. Three store front windows and the glass door were smashed and a homophobic slur was spray painted on the cafe’s wall.

Uprising Bakery and Cafe and its owner, Corinna Sac, became the target of anti-gay threats and harrasment after announcing the "family friendly" drag show.

According to the Daily Herald, Awake IL, a conservative political organization, "alerted" its members on Facebook to the event.

“The Police Department is disheartened [that] this happened in our Village, [We] remain steadfast in our commitment to public safety and have zero tolerance to crimes against all members [in] our community," the news release from the police said.

Since the attack, hundreds of comments and reactions expressing support have flooded the Uprising Facebook page.