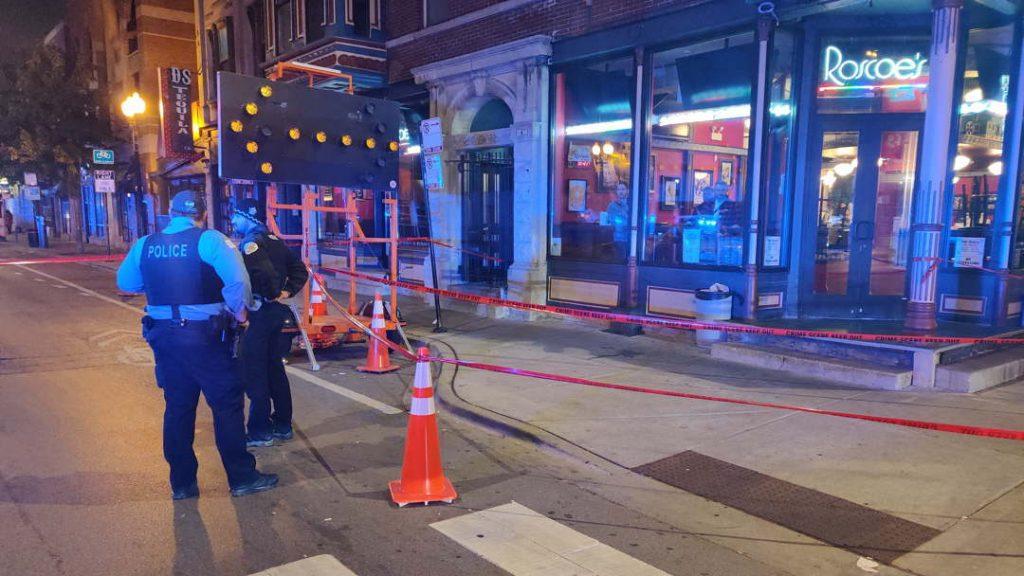 A 27-year-old man was wounded in a shooting near several popular LGBTQ bars in the Northalsted neighborhood early Monday morning.

The man was walking near the corner of Roscoe and Halsted streets at around 1:17 a.m. when he heard gunfire and realized he had been shot, according to Chicago police.

The victim was taken to Illinois Masonic Medical Center with gunshot wounds to the legs, police said. He was last listed in fair condition.

In a photo posted by CWBChicago.com, red evidence tape could be seen outside Roscoe's Tavern, 3356 N. Halsted, as police investigated.

The LGBTQ bars along North Halsted St., commonly referred to as Boystown, were packed with Pride Month celebrations. Witnesses told GoPride.com that Roscoe's, Sidetrack, Progress, and Hydrate Nightclub were all emptied and locked shortly after the shooting.

CWB reported the suspect is known to the victim, though police have not released details on what motivated the shooting.

Police have not released any suspect descriptions.

No one was in custody, and detectives are investigating.

Chicago weekend shootings have left at least 31 shot, six fatally, according to police.