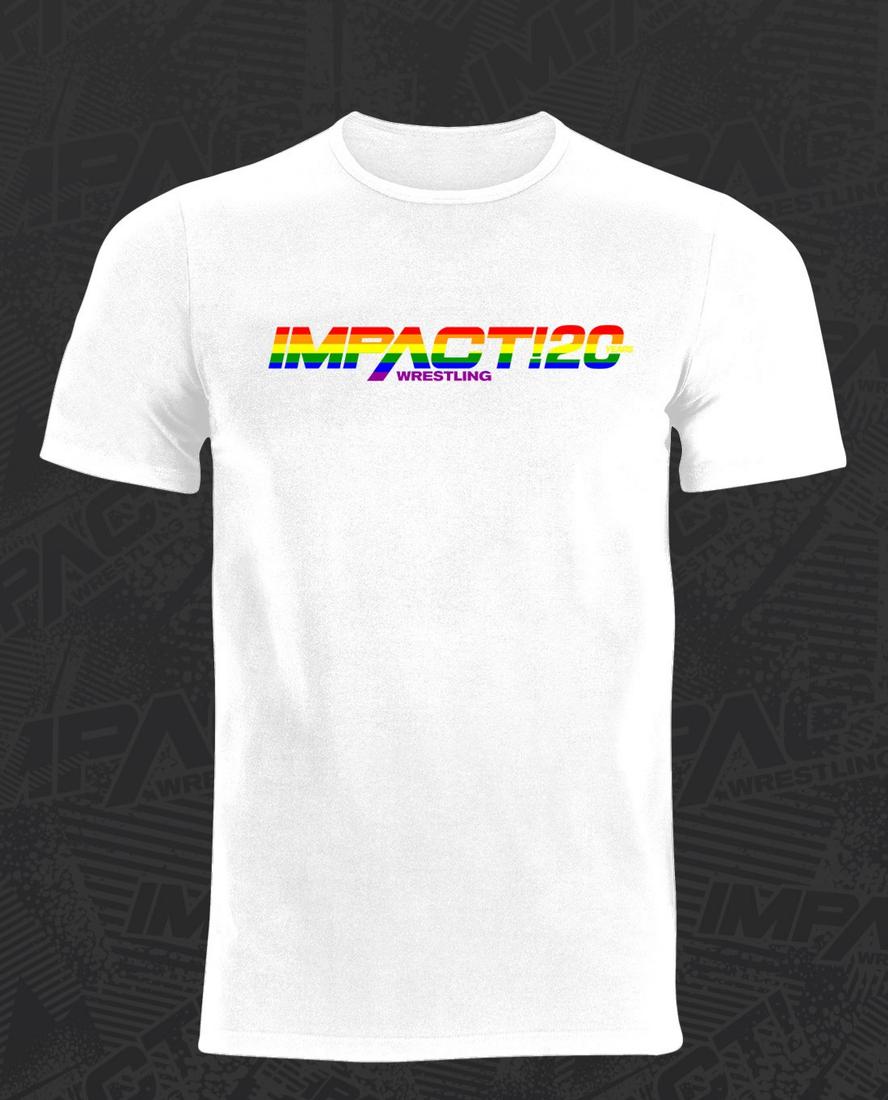 IMPACT Wrestling today released its first-ever Pride shirt – with the IMPACT logo emblazed in the rainbow colors, and available in four different shirt colors – to coincide with Pride Month.

The shirts are available at impactwrestling.com and a portion of all Pride shirt sales will be donated to the North American Gay Amateur Athletic Alliance (NAGAAA), an international sports organization dedicated to providing opportunity and access for the LGBT community to participate in organized softball competition in safe environments.

There are more than 17,000 players from 48 leagues across North America that are part of NAGAAA, and NAGAAA runs the annual Gay Softball World Series, which will be held this summer in Dallas.

IMPACT Wrestling and NAGAAA formally announced a partnership earlier this year and softball players from various NAGAAA cities have been attending every IMPACT show, including in Orlando, Cincinnati, Louisville, Dallas and elsewhere.

IMPACT Executive Vice-President Scott D'Amore said: “Representation and inclusion are very important to IMPACT, both on screen and off. IMPACT Wrestling is excited to celebrate Pride Month with our partners at NAGAAA.”

Scott Lehman, Partnership Director for NAGAAA, said: “NAGAAA is excited to partner with IMPACT and proud to be part of its Pride Month programs. Many of our 17,000 players across the U.S. and Canada are wrestling fans. IMPACT's LGBT initiatives are inspiring and applauded by NAGAAA.”