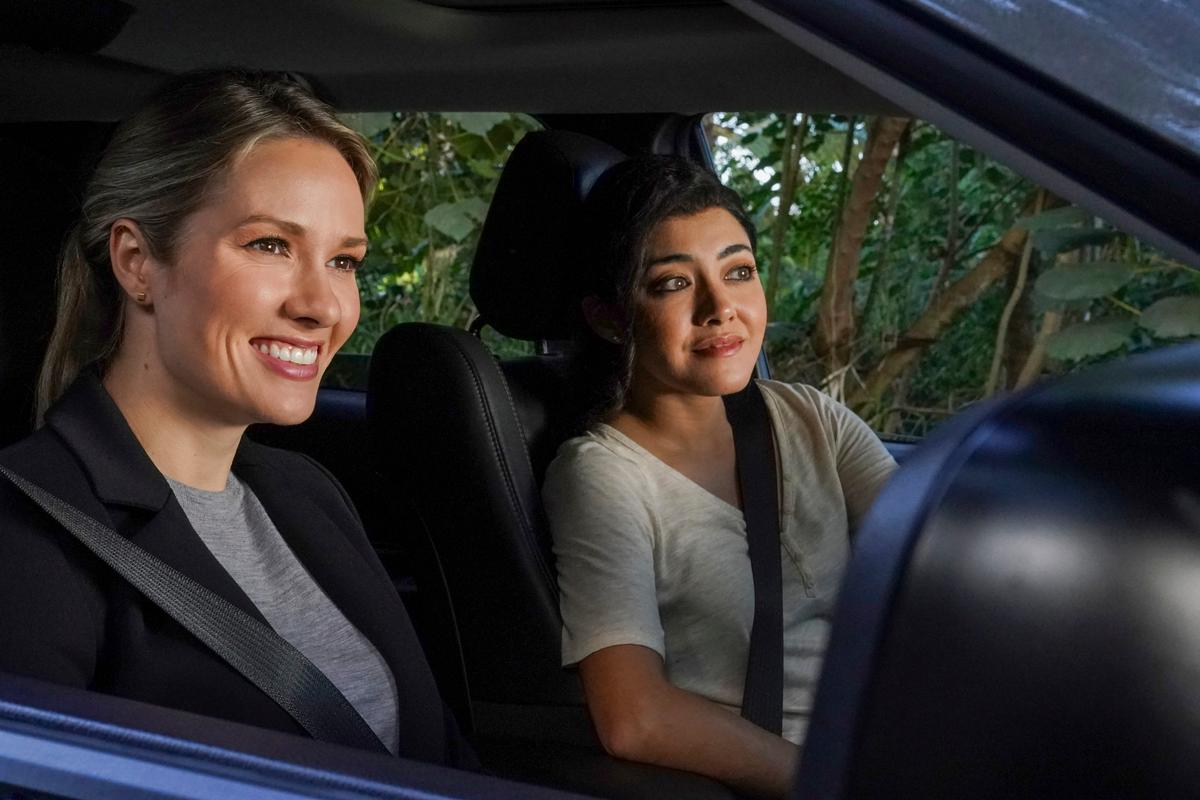 ‘I’m very pleased to see how the audience has connected with these two characters,’ says executive producer Jan Nash

NCIS: Hawai'i, the newest spinoff of CBS's longest-running primetime series, NCIS, was renewed for Season 2 – and two characters certainly have captured the hearts of the LGBTQ community.

Tara and Whistler are a couple on the show.

“I feel very fortunate, really lucky to be part of a franchise that has been so successful on CBS. The audience is more interested in Navy crime than I ever would have imagined. We're extremely fortunate to take this existing franchise and mold it in a way that feels very authentic and real to us. It's a show that we're all real proud of,” said Jan Nash, an LGBTQ multi-hyphenate who serves as the show's executive producer, co-creator, and co-showrunner.

Before NCIS: Hawai'i, Nash has told countless stories through hundreds of episodes of television, including NCIS: New Orleans, Without a Trace and Rizzoli & Isles.

Nash said that when the writers and producers for NCIS: Hawai'i first started talking about the show, they definitely wanted to have a female lead character. Enter Vanessa Lachey, who plays Jane Tennant, the first female Special Agent in Charge of NCIS: Hawai?i.

“We thought, what would make this show interesting and relevant to today,” Nash said. “Having a gay character also was part of that discussion from the very beginning.

“We just wanted to make (the characters) feel as real as possible in the context that we're a TV show that tells Navy crimes. We wanted characters and relationships that felt real, with real experiences.

“I know it matters very much to our audience that they are lesbians in a lesbian relationship on this TV show.”

Nash added, “We weren't trying to make a statement (with the lesbian couple); we just wanted it to feel like real life, to the best of our abilities. That means at times it is messy, at times it goes the way you want it to go, sometimes it doesn't. That is real life, and that is what we're trying to reflect.”

The finale for Season 1 will air May 23.

“I love the characters, Tara and Whistler, but that is largely a function of the actors; they are great. They have embraced these roles and the dramatic roller coaster that we've put them on; that's what has made it so delightful and special.”

Nash – originally from Wheaton, though she now calls Los Angeles home – infuses her experiences and life throughout their storyline to bring authentic and diverse stories to the forefront.

“There's always room on a TV show for stories to reflect your life,” as the show writer, Nash said. “And my life is complicated and messy, sometimes good, sometimes bad, just like Tara and Whistler.

Case in point, Whistler's fear “is something that I understand,” Nash said. “I'm not afraid, per se, but I do understand the instinct to hold things back until you feel completely safe. That's not always the right (thing to do) and (it can) keep you from embracing a lot of life's experiences that you might otherwise really enjoy. I do understand that.”

Nash said she is “very proud of the work that we're doing – I'm very pleased to see how the audience has connected with these two characters, and (the fans) are clearly rooting for something.”

NCIS: Hawai'i airs on CBS on Monday at 10/9c and is available live and on-demand on Paramount+.