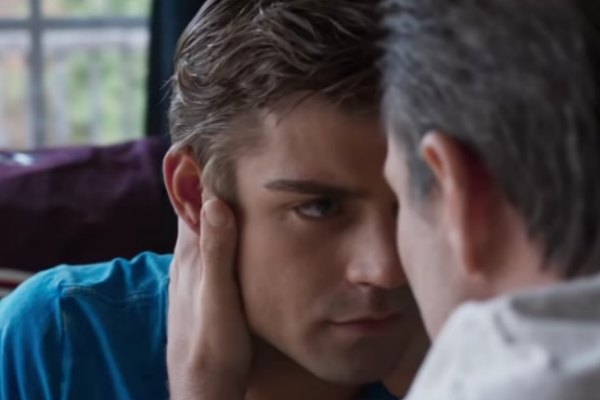 In a recent interview, out actor Garrett Clayton said that he felt very vulnerable while filming sex scenes in the 2016 film King Cobra.

Speaking with Queerty, Garrett, 31, said that other actors working on the film said "nasty, horrible things" to him.

"I knew going into it that there was a chance I'd never work again," Clayton said. "For whatever reason, sexuality scares people, and feeling comfortable with your sexuality scares them even more."

"I was challenging myself mentally, saying, 'This is a character. This isn't me. It's okay.' It felt very vulnerable to be pretty much nude and insinuate sexual acts with basic strangers."

"Most of them [the strangers] were respectful but some of them really got to me."

"At one point during a shoot, I was on the couch with two men on either side of me, and they started making jokes about what a slut I was. They're like, 'This isn't his first time.' I felt like they were talking through me. It really got to me, I ended up leaving the room."

"They just wouldn't stop saying such nasty, horrible things right through me as if I wasn't sitting right there," he added.

Clayton is best known for portraying Tanner in the 2013 Disney Channel movie Teen Beach Movie and its sequel Teen Beach 2.

Clayton added that the experience was "probably the closest" he'll get to "understanding the female experience" of sexual objectification.