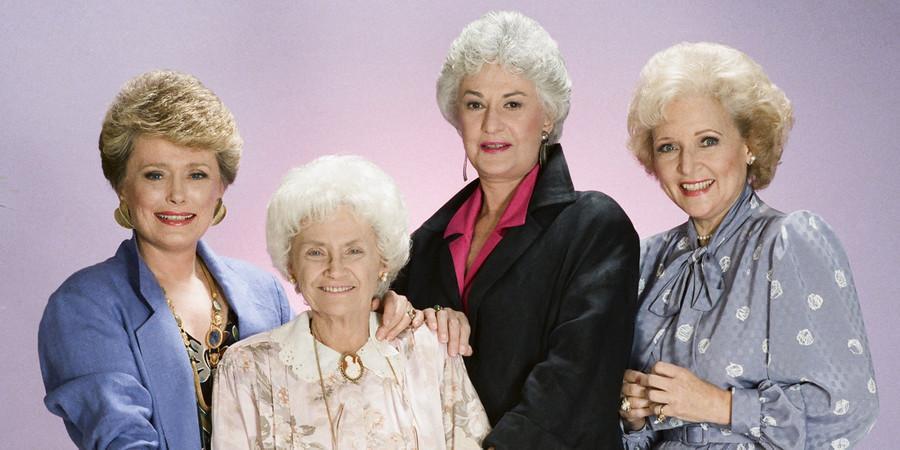 The memories of all 180 half-hour episodes over 7 seasons, originally airing from 1985-1992, will be rekindled at the first-of-its-kind, weekend-long fan gathering to honor, salute, smile and more as Golden-Con: Thank You For Being a Fan runs April 22-24 at Chicago's Navy Pier, honoring of course, "The Golden Girls."

The popular cast of Bea Arthur, Betty White, Rue McClanahan, and Estelle Getty – the women who shared a home in Miami – will be the showcase for this fan gathering that is expected to draw more than 3,000 fans from across the U.S., Europe and even Australia.

“We are so excited to bring a gathering of fans to Chicago to celebrate one of the most iconic American sitcoms,” said event co-organizer Brad Balof. “The opening ceremonies Friday night will be something most Golden Girls fans have never been able to experience” – and he predicts that might be the highlight of the convention.

But, of course, there will be plenty more to kibbitz about, such as: “The Biggest Gift” Vendor's Market; Grab That Dough Trivia Show; Picture it…Back in St. Olaf Story Slam Contest; Live parody shows from Hell in a Handbag Theater Company; Mother of a Solid Gold Dancer Disco Party & Costume Contest; Panel discussions; and Autograph sessions with stars, producers and others who worked directly on the show.

There also are segments planned to honor all the lead stars, Balof confirmed. “For Betty, we have some never-before-seen footage, as well as video messages from St. Olaf College and Oak Park, Illinois – her hometown,” he said.

The event also will feature appearances by two two-time Emmy award winners: Marsha Posner-Williams and Bonnie Bartlett. Hudson is convinced their tales will draw plenty of emotional reactions from the attendees.

“I am excited to meet people who I have been working with for months but have not actually met,” Balof said.

Co-organizer Zack Hudson added, “I've fallen head over heels for Melinda McClanahan and Amelia Kinkade, Rue McClanahan's sister and niece. Also, Richard Weaver, who was Estelle Getty's close friend and assistant for 15 years, is coming with some fun surprises that I think hardcore fans of 'The Golden Girls' will go nuts for.”

VIP tickets sold out in less than 36 hours. A limited number of tickets are remaining. Go to: thankyouforbeingafan.com