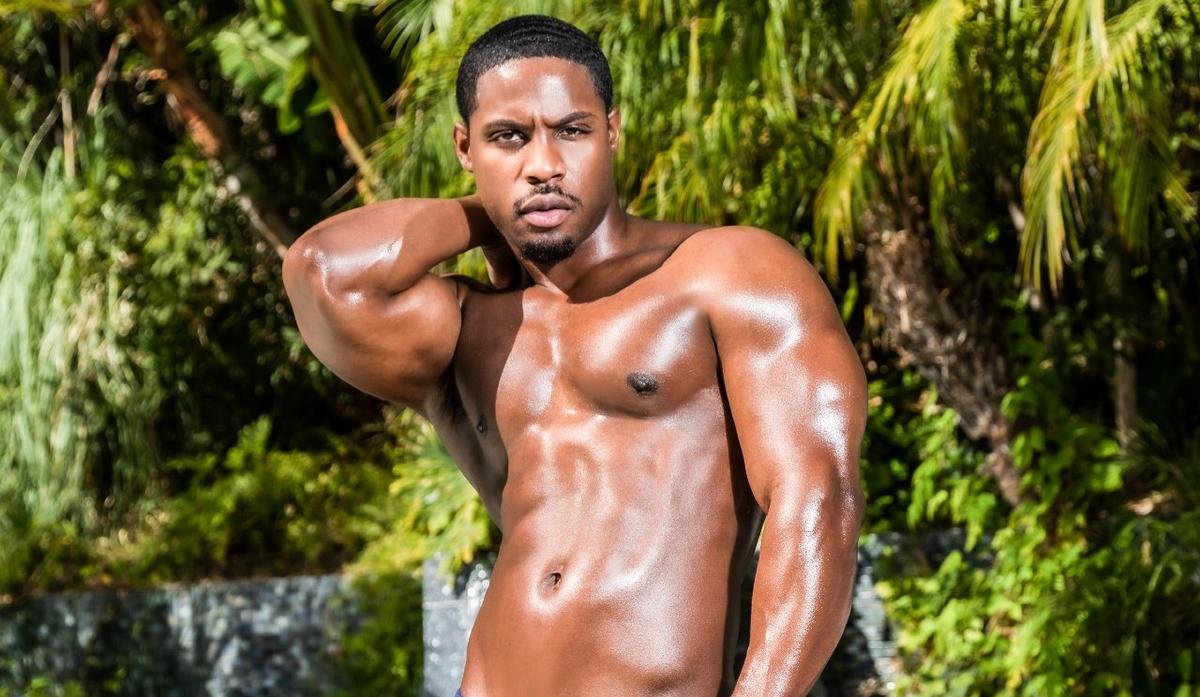 'I love Hydrate … the crowd there is always diverse; (it’s always) positive and upbeat,' says Jackson

“I love Hydrate … the crowd there is always diverse; (it's always) positive and upbeat,” said Jackson, 36, an Atlanta resident, adult film model, actor, producer, and activist. “After two years, I'm excited to make my return to Chicago.

“Anyone who knows me knows I'm down-to-earth and friendly. I'll be doing my best to keep everyone entertained and trying to keep up with the other go-go dancers. I'm a little older now, so wish me and my knees luck.”

Khloe hosts Sunday Funday at Hydrate, with the doors opening at 2pm for "Northalsted's Official After-Brunch Party." DJ XTASY will bring the beats.

Jackson said he will have limited free time while in Chicago but hopes to squeeze in a visit to Portillo's.

Jackson this spring is scheduled to film his first scene for Raging Stallion and several new scenes for NoirMale.

Getting Personal With … DeAngelo Jackson

Boxers or Briefs? “Boxer briefs because of the comfort and support provided.”

What's your favorite part of your body? “I have two: my chest and legs.”

Favorite part of a guy's body? “His ass.”

Where is the strangest place you've ever had sex? “On a stage in Berlin, Germany. It was a live sex show.”

Where would you do it that you have not? “In a car.”

Where would you not, ever have sex? “In a church.”

What turns you on instantly? “I love both my nipples being played with. This really gets my blood flowing.”

Who is your Dream Crush? “I currently don't have a dream crush, unfortunately.”

Thoughts of the apps, such as Grindr, ManHunt, etc. … and are you on any of those apps? “I have not been on a hook-up app in years, though my pictures are used to catfish people, unfortunately.”