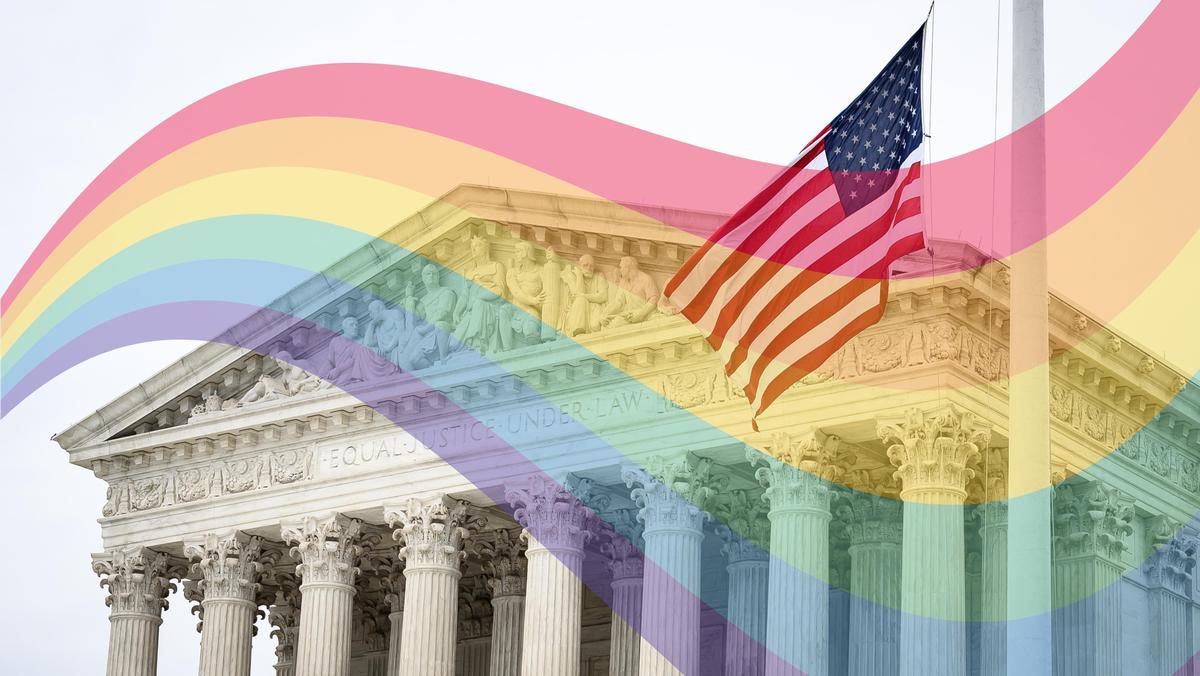 Justice Stephen Breyer, 83, announced his retirement from the U.S. Supreme Court. He is considered the most senior of the liberal justices now on the bench.

LGBTQ advocacy groups like Lambda Legal, Human Rights Campaign, among others, have been preparing for this moment. Like a scene from the 1990's NBC drama The West Wing, they are expected to approach the Biden White House with their own wish list of candidates for the High Court.

Any nominations by President Joe Biden must go before a Senate committee and face public scrutiny through televised hearings. Historically, these hearings can become very sensitive as Senate investigators will dig deep into nominees' personal histories going as far back as childhood.

On the campaign trail in 2020, Biden campaigned on a promise of nominating a Black woman to the highest court of the land. This will be his chance.

But just because Biden is a Democrat and the 117th Congress features 48 Democratic senators with 2 independent senators who caucus with them, his nominee won't be a slam dunk.

At issue are two Democrats who lately have not been in lock-step with their own president: Sen. Kyrsten Sinema (D-Ariz.) and Sen. Joe Manchin (D-W.Va.)

Elected in 2018, Sinema is the first openly bisexual and second LGBTQ woman in the U.S. Senate. Despite her LGBTQ identity, she is considered unreliable when it comes to progressive bills placed before her.

But the Democratic majority is hoping Sinema and Manchin will want to keep a Democrat in such a powerful role and assure the Supreme Court will not have a larger conservative majority than it already has.

Sen. Chuck Schumer (D-NY) will try to push Biden's nominee through before the 2022 elections this November, before the possibility of losing to Republicans for the Senate majority.

"President Biden's nominee will receive a prompt hearing in the Senate Judiciary Committee, and will be considered and confirmed by the full U.S. Senate with all deliberate speed," Schumer said.

"We strongly urge President Biden to select a nominee whose commitment to equal justice under law is beyond question, and whose record demonstrates their understanding that LGBTQ people are entitled to the full protection of the Constitution's guarantees of equality and liberty," Sharon McGowan of Lambda Legal said.

"We also note that this retirement presents President Biden with an historic opportunity to address the fact that, for too long, our Supreme Court has not adequately reflected the diversity of the legal profession or our country as a whole," she continued.

"We look forward to the President honoring his campaign commitment to nominate a Black woman to the Supreme Court, achieving a long overdue 'first' for that institution."

"The stakes could not be higher for LGBTQ people, women, and Black and brown communities when it comes to the next Supreme Court Justice. President Biden's first nominee has big shoes to fill, as they will shape the future of progress on LGBTQ equality and play an outsized role in defending the rights and protections that have already been won," interim HRC president Joni Madison said.

"President Biden has the opportunity to help shape a court that reflects the beautiful diversity of our country."

GoPride.com emailed Transgender Law Center for comment but did not receive a response at the time of publication.

Breyer's tenure on the Supreme Court included his votes to strike down Section 3 of the Defense of Marriage Act, make marriage equality the law of the land, and that Title VII of the Civil Rights Act are meant to protect people on the basis of sexual orientation and gender identity, too.