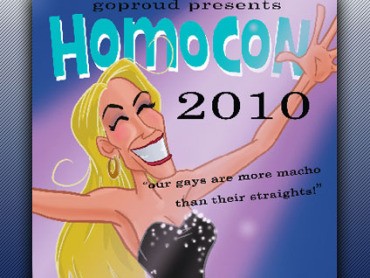 Chicago, IL - Ann Coulter has been removed as a speaker for a right-wing conference in Miami because she doesn't hate gays enough.

The conservative commentator has been unceremoniously kicked off the bill for WorldNetDaily's Taking America Back Conference in Miami because she is scheduled to speak at Homocon, an event organized by gay Republican group GOProud.

"Ultimately, as a matter of principle, it would not make sense for us to have Ann speak to a conference about 'taking America back' when she clearly does not recognize that the ideals to be espoused there simply do not include the radical and very 'unconservative' agenda represented by GOProud," Joseph Farah, editor and CEO of WND, told the New York Daily News.

"I speak to a lot of groups and do not endorse them," Coulter said to Farah, according to WND. "Giving a speech is not an endorsement of every position held by the people I'm speaking to."

CBSNews.com reports Coulter will continue to write a column for the far right-wing WorldNetDaily.

Some political pundits say Coulter's decision to speak to the conservative gays highlights a growing shift by younger conservatives to be more libertarian toward social issues, including gay-rights.

Both the Taking America Back and Homocon conferences take place next month.