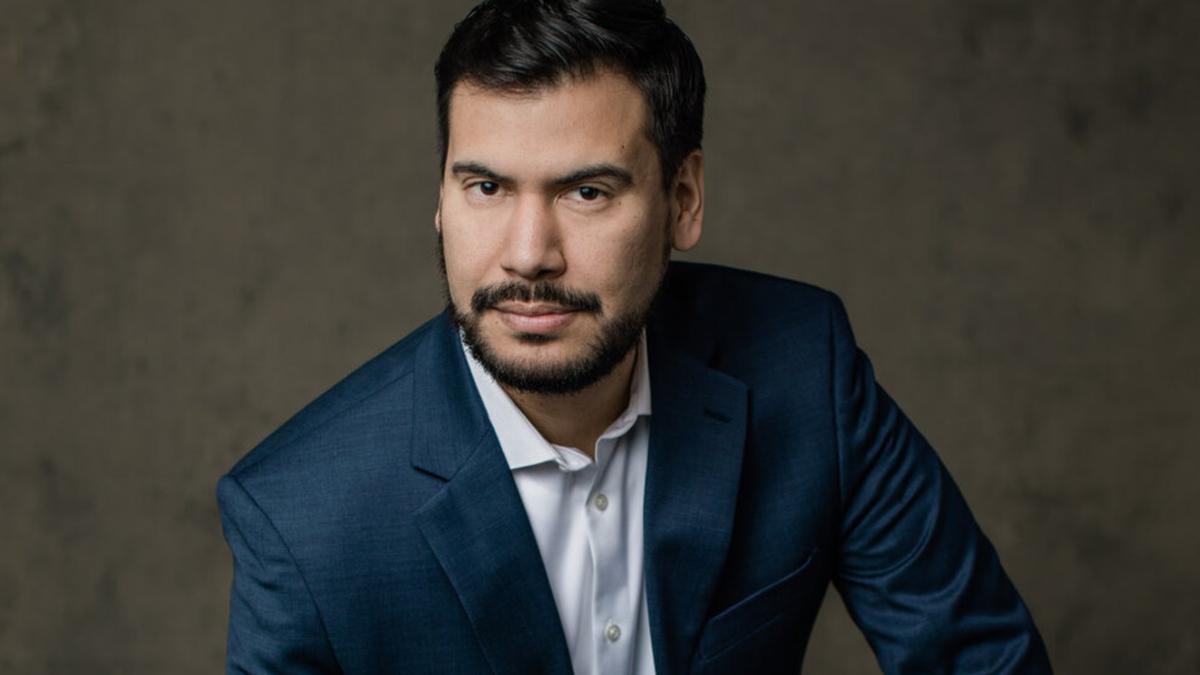 ‘No one should face discrimination, violence, imprisonment, torture or death because of who they are or who they love..’ says Chicagoan Bruce Koff of Rainbow Railroad

The premier event for the annual Chicago 5 Lives Campaign – to save the lives of at least 5 LGBTQI people by raising $50,000 – is set for Friday night, Dec. 3, starting at 7:30 p.m., in the Hoover-Leppen Theatre at the Center on Halsted in Lakeview.

“When I Am Free” is a benefit concert for the Rainbow Railroad – and will be live-streamed for virtual attendees. The event will feature young, virtuoso musicians performing an inspiring program of classical music. Although not assisted by Rainbow Railroad, many of the musicians are new to this country or, like composer/performer Carlos Jaquez Gonzalez, the child of immigrants.  As such, they highlight those seeking safety, freedom and opportunity.

The program will begin with a video dance documentary by Kosta Karakashyan, a gay, Bulgarian dancer, choreographer and director. In the film, Karakashyan dances to the verbatim testimony of survivors of the anti-LGBTQI+ purge in the Russian province of Chechnya.

“We want to raise awareness of the plight of LGBTQI+ people around the world facing imminent danger simply because of who they are or who they love, and expand a base of support in the U.S. for the life-saving work of (the) Rainbow Railroad,” said Bruce Koff, a lifelong Chicagoan who is the vice-chair of the Rainbow Railroad board of directors.

All funds raised at the event will support programs that provide immediate assistance to LGBTQI+ people around the world in imminent danger.

In 69 countries, same-sex intimacy or being LGBTQI+ is criminalized. In these and other countries, LGBTQI+ people can face extreme violence, arrest, imprisonment, torture, and even death because of who they are or who they love. Inspired by the Underground Railroad, Rainbow Railroad is an international organization dedicated to moving to safety LGBTQI+ individuals fleeing violence and persecution.

“No one should face discrimination, violence, imprisonment, torture or death because of who they are or who they love and yet, in so many parts of the world, this is the reality for LGBTQI+ people,” Koff said. “The problem is widespread and growing. This year alone, Rainbow Railroad has received a record 4,300 requests for help and has assisted a record 1,200 people. These numbers include LGBTQI+ Afghans fleeing for their lives in the face of the Taliban takeover, along with others fleeing harsh penalties in North and Sub-Saharan Africa, Central Asia, and the Caribbean, to name just a few hotspots.

“‘When I Am Free’ provides Chicago, a municipality that takes pride in being a welcoming city,' with an opportunity to demonstrate that principle by assisting those in dire need. Many of the people we assist not only face imminent danger, but have been rejected by their families and friends, villages, and communities. They have no voice and nowhere to turn for help. Rainbow Railroad is our response to that need.”

The program will include a video appearance by the Honorary Chair of the event, U.S. Representative Jan Schakowsky, and an in-person appearance by Rainbow Railroad Executive Director Kimahli Powell.

Proof of vaccination and masks are required.

“I had watched a performance of a composition by Carlos Jaquez Gonzalez entitled, ‘Immigrant Mass,’ in which he combined the words of a traditional mass with those of immigrants who had survived U.S. detention. Deeply moved by the piece and its connection to the work of Rainbow Railroad, I contacted Carlos to see if he might be interested in performing at ‘When I Am Free,’” Koff said.  “He not only agreed to do so but offered to compose a piece specifically for it.

“We are delighted to have Carlos Jaquez Gonzalez participate in this event. He asked if we could connect him with some of the people that Rainbow Railroad has helped. We connected him with two young gay men from North Africa. They had both experienced extreme violence and torture based on their sexual orientation. One had also been imprisoned for being LGBTQI+ and both were facing imminent danger. Strangers to each other, Rainbow Railroad paired them together for their escape. In the process of this, they not only found freedom and safety … they found each other and fell in love.  They are now safe and together in Western Europe.”

Koff, 68, remembers the early years of the HIV/AIDS crisis and the devastation it had locally – and how the local community worked together to help locals when no one else would.

“The worldwide epidemic of anti-LGBTQI+ violence and persecution is just as dangerous, just as devastating, and met with just as much silence and neglect by those most able to help,” he said.  “By attending this event and supporting Rainbow Railroad, Chicago has an opportunity to lead the nation in responding to this human rights crisis and provide a beacon of hope for those LGBTQI+ people most in fear for their lives.”

Koff knows everyone will be “deeply moved” by the benefit concert.

“The program is loosely organized to reflect the journey of those we assist, like the two gay men who shared their story with Carlos,” Koff said. “After Kosta’s dance documentary, two soloists each play distinct works, then join in a duet that celebrates the many colors of human connection. This is followed by the performance of a string quartet piece that ingeniously depicts the determination and tension of a courageous journey, ending in the Momentum Chamber Orchestra’s 2-part triumphant celebration of human dignity and individuality.”