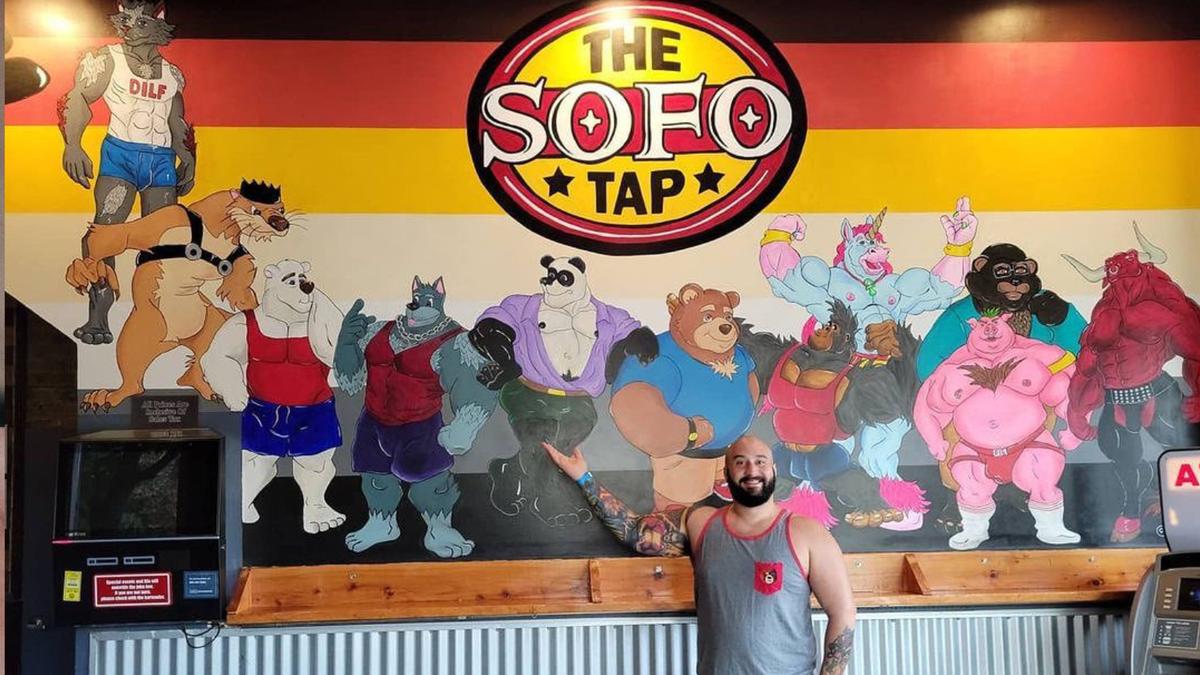 “We wanted something inclusive to all the ‘bear’ types that frequent (Sofo),” says Wil Velez

The Sofo Tap in Andersonville, which boasts itself as a neighborhood bear bar south of Foster, now features a wall art of bears that took about two months to paint – drawn for inclusivity of all the bears who frequent the northside bar.

“We decided on going with a 'furry' look and decided to do characters in the bear community: a Black Bear, Brown Bear, Polar Bear and a Panda Bear,” explained artist Wil Velez, 38, who is the general manager at Blick Art Materials in the Chicago Loop. “We did a muscle gorilla, an otter, a bull, a pig, a daddy wolf, a muscle pup, and a unicorn in trans colors to symbolize the FTM trans bear community.”

The mural was painted in June and July and was ready for the bar's reopening in August.

“Sofo has always been my favorite neighborhood bar. For years I have been going and it is amazing that my work is a permanent fixture in a bar that I love,” Velez said.

Velez is a Chicago native and graduate of Lane Tech High School. He also pained the Fetish Care Bears on the boards at Jackhammer.

“We wanted something inclusive to all the 'bear' types that frequent (Sofo),” he added.

Velez also has painted the stairs and Pride flags at Meeting House Tavern (5025 N. Clark Street), which he described as “figurative, narrative and full of color.”

Velez has been making art since he was 3, he said. “I naturally gravitated to it and was very fortunate that I had parents who supported and encourage me to do art,” said Velez, whose art is inspired by urban living, POC/cultural art women, and more.

“I was in the Chicago Sculpture Exhibit in 2011 and was able to study art in China and Italy.”

Velez said his short-term art goals are to make more public art murals and sculptures. Long-term, he wants to open a studio and do art full-time.

He is now working on paintings for the new 2 Bears Tavern in Uptown that will open in 2022.

“I am a Puerto Rican Chicago artist, first generation in the U.S.,” he said.

Velez is open for commissions. He is on Instagram at: @wil.velez.