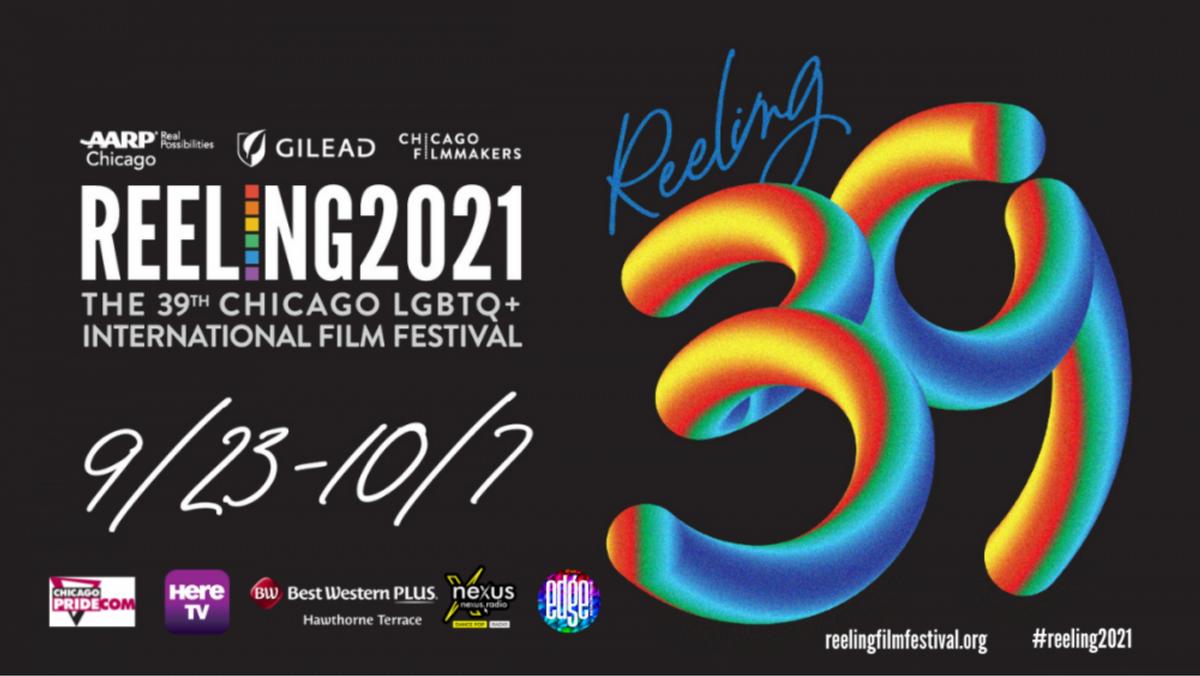 Feature films and documentary winners' trailers are linked below

Reeling: The 39th Chicago LGBTQ International Film Festival was held from September 23 to October 7 in a hyrbid format. Films were shown at the Music Box Theater and Landmark Century Centre Cinema, as well as streaming online.

There were 23 narrative feature films, 10 documentary feature films, and nine shorts programs. All features and shorts touched on diverse themes and were from around the world.

As one of the largest LGBTQ cinematic arts events in the nation, its jury awards are sought after by motion picture artists. There were five juried honorees.

Best Narrative Feature was awarded to Down in Paris by director Antony Hickling.

Best Documentary Feature was presented to Gemmel and Tim by director Michael Thomas.

Best Narrative Short was presented to New Flesh for the Old Ceremony by director Elizabeth Rakhilkina.

Best Experimental Short was presented to Cause of Death by director Jyoti Mistry.

Since April 1981, Reeling has been featuring LGBTQ film makers and films that investigate queer themes and history.