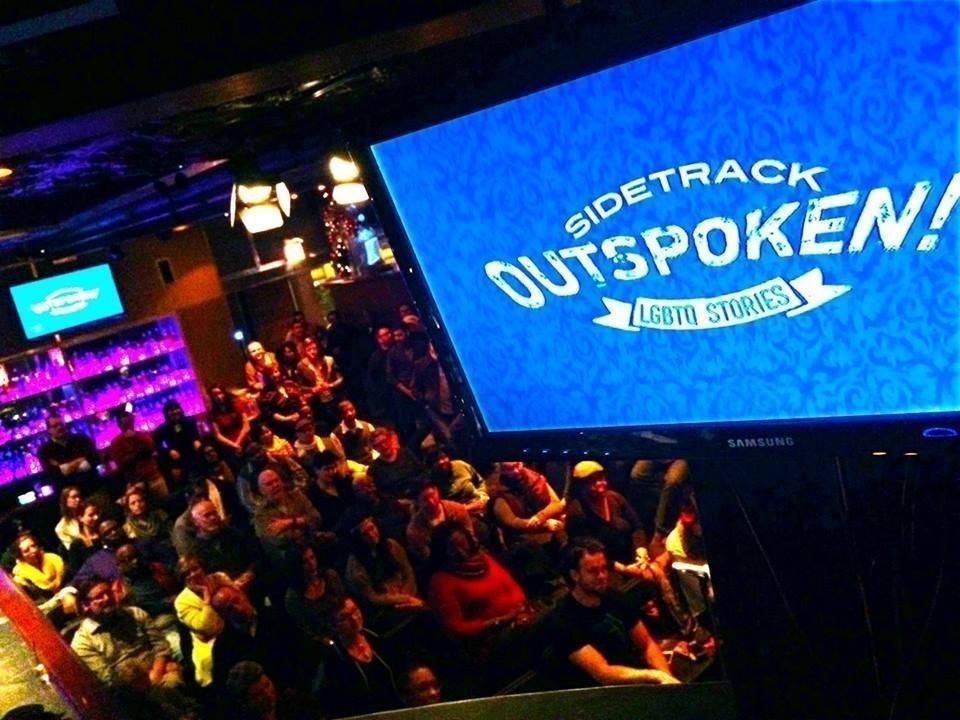 Lou Barrett is a queer nonbinary publisher and writer who recently moved to Chicago from Cleveland, Ohio. Their publishing company is called Purpled Palm Press, and their focus is on improving queer lives, one book at a time. They ran their own storytelling show in Cleveland for three years called Let It Out, which was the only queer storytelling show in the area. They're excited to join the Outspoken team as the new co-curator. When they're not working or reading, Lou loves walking into kitchens and launching into a monologue about whatever they've been thinking about.

Ken Griffin hails from St. Louis, Missouri and is currently the Chief Operating Officer for Howard Brown Health, he moved to Chicago in November 2020. He has spent the last 16 years in healthcare, he is most recently the Chief Operating Officer for St. Louis County Department of Public Health and he was just chosen as one of Crain's 2021 Notable LGBTQ Executives and received the The L.V. Eddie Challenging Lives and Changing Minds Foundation lifetime Humanitarian Award. Complementing his professional passion, he is committed to his community and engaging others to drive continuous improvement in healthcare to benefit those we serve and he also has an eclectic taste for food and a love for his three dogs.

Mitch Hagan is Creative Director for a cyber security technology company and an adjunct professor of graphic design at Roosevelt University. He lives in Uptown with his Cavalier King Charles Spaniel, Tucker, who has over 1,300 followers on Instagram.

Roderick Hawkins was born and raised in Baton Rouge, Louisiana and now proudly calls the South Side of Chicago his home. He's the Associate Dean of External Affairs and Chief of Staff at Northwestern University's School of Communication. He's on the board of directors of the Auditorium Theatre and recently completed six years of service on the Lambda Legal board of directors. In 2018, he was on the inaugural list of Chicago's notable LGBTQ executives in Crain's Chicago Business.

Anne Curley is a late-to-the-party lesbian who came out in her 50s. A retired corporate executive and branding consultant, she was married for 30 years to a guy who remains dear to her. She has two adult daughters and two grandsons, with another on the way. She's a volunteer reading tutor and provides pro bono communication support to an affordable housing agency.

Prior to retiring and living in Florida, Rick Karlin was a mover and shaker in Chicago's LGBT community. He wrote for GayLife, Gay Chicago Magazine (where he served as editor for 8 years), Outlines, Nightlines, Windy City Times, Chicago Free Press, ChicagoPride.com.com (now GoPride.com) and Boi Magazine. He was inducted into Chicago's LGBT Hall of Fame in 1997 and currently serves as its co-chair.