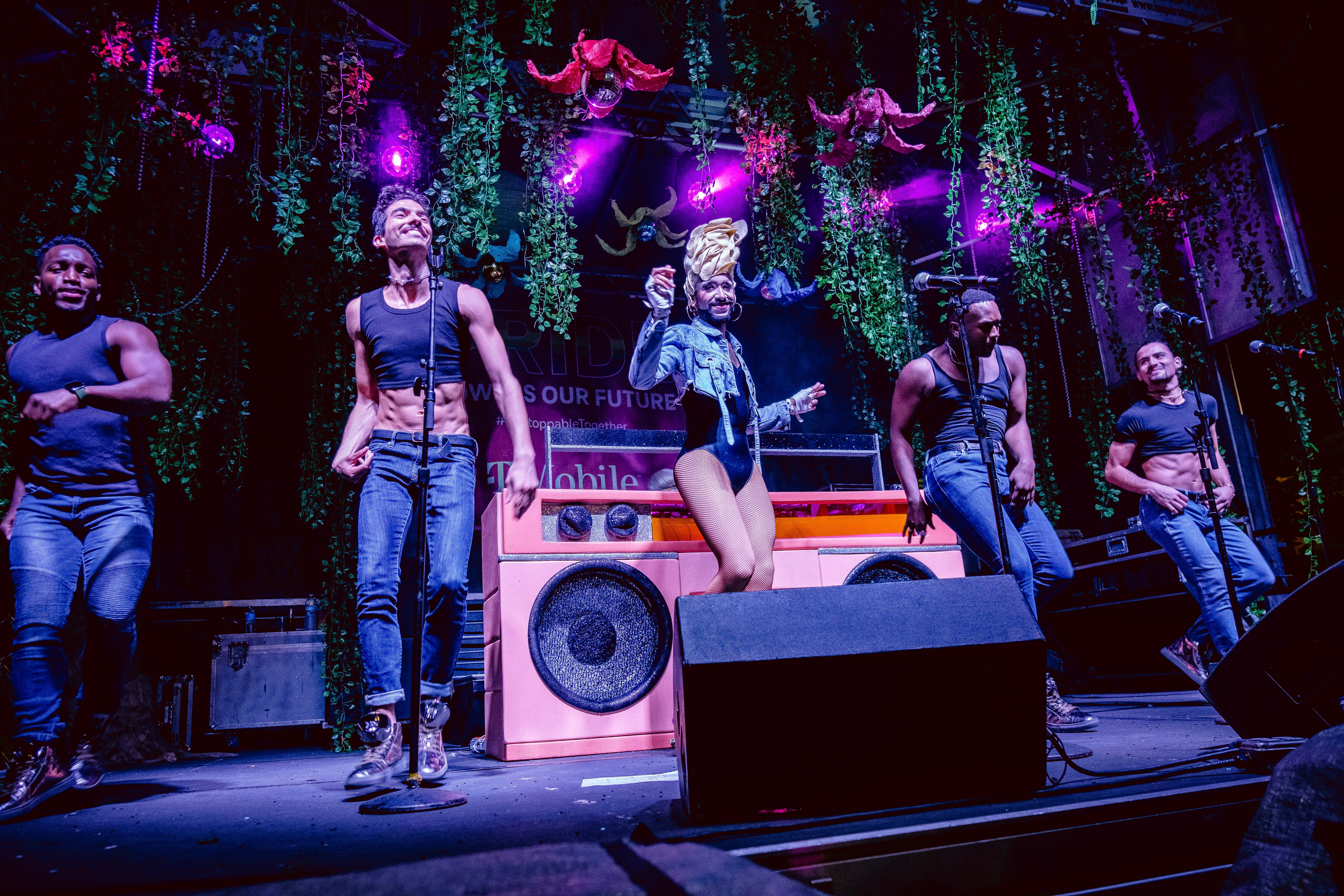 The fun, fierce and revolutionary all-black drag show made a triumphant return to the stage on Sunday, October 3 at Chicago Pride Fest. It was the first in-person BGM show in nearly two years due to the coronavirus pandemic.

Appearing alongside her was the popular bearded queen Lucy Stoole, and “Rupaul's Drag Race” alum Dida Ritz. Both co-founders of BGM along with The Vixen and  “Drag Race” finalist Shea Coulee.

Plus, there was a full cast of queens and dancers in Sunday's show presented by Peach Presents.

Black Girl Magic has us in its spell!

Black Girl Magic has been a club concert since November 2016, making its first appearance at Chicago's Berlin Nightclub.

The show was initially conceived of as a standalone special event to create a space where black LGBTQ people could feel welcome and express themselves freely.

However, as soon as it started BGM was casting a spell on its audiences by giving them something they not only wanted but need.

"The best thing about every Black Girl Magic show is the energy from the audience," The Vixen told GoPride.com in 2017.

Only slowed by the pandemic, BGM has continued to grow bigger and more popular through the years.

Watch for updates on upcoming shows as the Magic is back!