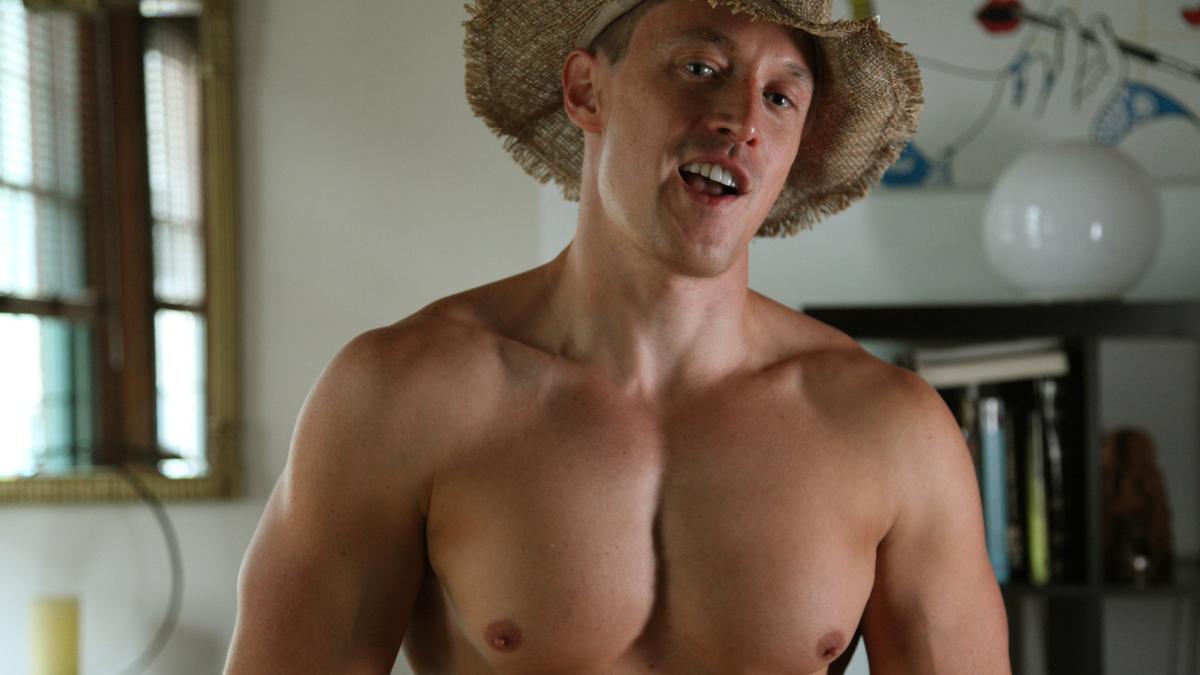 Davey Wavey: 'I’m a sexual person. It’s on brand for me.'

The 38-year-old with the sculpted physique and charming smile, with homes in Palm Springs, Calif., and his native Rhode Island, is now the founder of Himeros.tv – a site that pushes sex, sexuality, and new ways to experience pleasure, discover desires and express oneself in ways that bring joy and ecstasy. The wide-ranging content on Himeros.tv was co-created with a team of sex coaches, tantric instructors, psychotherapists, sexologists, world-class directors, talented cinematographers, and models who embody sexual ecstasy.

“When I started (producing videos), my content was lightly sexual. I’d touch on sexual topics here and there, but it wasn’t until the last few years that things have become a lot more titillating. To be honest, it doesn’t surprise me. I’m a sexual person. It’s on brand for me. What would surprise me is if I started making videos about makeup tutorials or basketball.”

Davey Wavey launched Himeros.tv in 2018 and the site is now approaching its fourth anniversary. He is more than proud of where it’s gone and where it continues to go. Himeros.tv continues to find new and exciting ways to explore sexuality through explicit video content.

“Himeros.tv is my baby,” he said with pride. “I think people are surprised to learn that I produce each video, that I oversee the creation of video concepts, that I hire each model and sex coach. I even upload the videos to Himeros.tv for distribution. Though we work with over a hundred talented people to make Himeros.tv possible, it all goes through my desk.

“I think the reason gay men like Himeros.tv is because it’s an invitation to step into something different and exciting. It’s an opportunity to learn about intimacy, connection, pleasure, your partner, yourself and the world around you.”

Davey Wavey confirmed that Himeros.tv just finished a project with a former Catholic priest turned sex coach. “The project was all about reclaiming sacred symbols and imagery and healing the wounds and trauma caused by religion among gay and bisexual men,” he said. “We did all of that through hot man-on-man action. It doesn't get better than that. The series is called ‘Sacred Sex’ and the first scene, called Baptism, was released on September 6.”

Davey Wavey said the pandemic did, naturally, drive more eyes to Himeros.tv, as more people were home for longer periods of time. But the pandemic also brought a production challenge, including COVID protocol on set and fewer international shoots. “(The pandemic) has made things more complicated, that’s for sure. But the pandemic has made all of us ask difficult questions about ourselves, our work and our place in the world,” Wavey said.

Davey Wavey spent most of the summer in his native Rhode Island, but is now back on the West Coast and is prepping for an in-person tantric retreat for vaccinated individuals back on the East Coast.

The first-ever Himeros Experience is October 2-7 in upstate New York and though it is sold out, a waitlist has been started – and the event is held in partnership with Tantra4GayMen.

Facilitated by tantric sex coach Jason Tantra, The Himeros Experience is a transformative week of sexual evolution for gay and bisexual men, with workshops, play shops and more to increase pleasure, build community and evolve your experience of sex and sexuality.

“The Himeros Experience is an opportunity to unplug and decompress while exploring your sexuality in a fun, supportive environment,” Wavey said.

What Do You Listen To At The Gym: “Podcasts... my favorite is Armchair Expert.”

Keys To Staying in Shape: “Commitment to working out every day.”

People Might Be Surprised To Learn … “That I have never tasted alcohol.”

Boxers or Briefs: “I actually like boxer-briefs for comfort. But I wear briefs when feeling sexy.”

Chicago: “I have never been, but I do enjoy their deep-dish pizza”

Himeros Backstage: “Himeros Backstage is a podcast where we discuss that week’s video release and answer questions from the audience. It’s a diverse grouping of co-hosts and we often have special guests that join us. While anyone can listen to Himeros Backstage on the main podcast platforms, it’s a powerful tool that can accompany your Himeeros.tv membership. It’s an opportunity to take a deep dive into the concepts and hear a bit about the intention and production. Each episode is an hour-long – and it’s always the highlight of my week.”