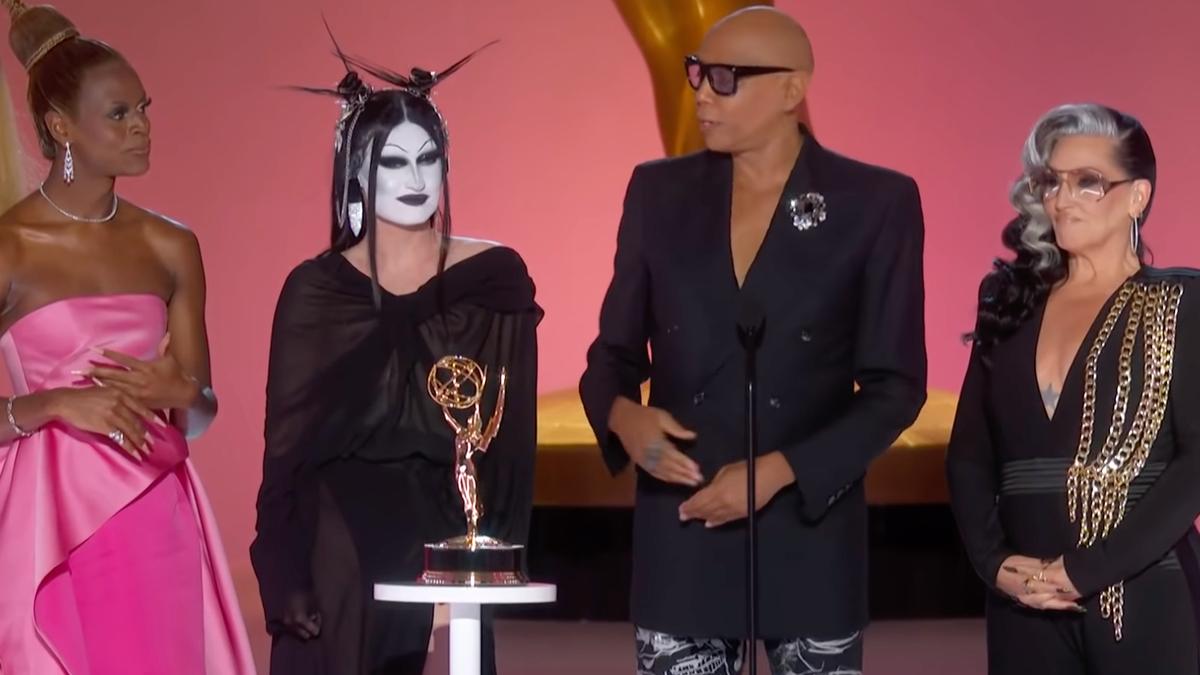 photo credit // youtube.com/televisionacademy
RuPaul Charles, the host of RuPaul's Drag Race, on Sunday received his 11th Emmy Award, making him the Black performer with the most Primetime Emmy Awards in history.

"VH1's RuPaul's Drag Race won a trophy for outstanding competition program at tonight's telecast," The Hollywood Reporter noted, "a victory that gives RuPaul an 11th Emmy and solidifies his place as the most decorated Black artist in Emmy Awards history."

In his acceptance speech, RuPaul thanked the Academy, Viacom/CBS, and "all of you gorgeous people here tonight."

"Really thanks to all of our lovely children on our show from around the world," he said. "You know, they are so gracious to tell their stories of courage and how to navigate this difficult life, even more difficult today. This is for you. And for you kids out there watching, you have a tribe that is waiting for you. ... Come home to Mama Ru!"