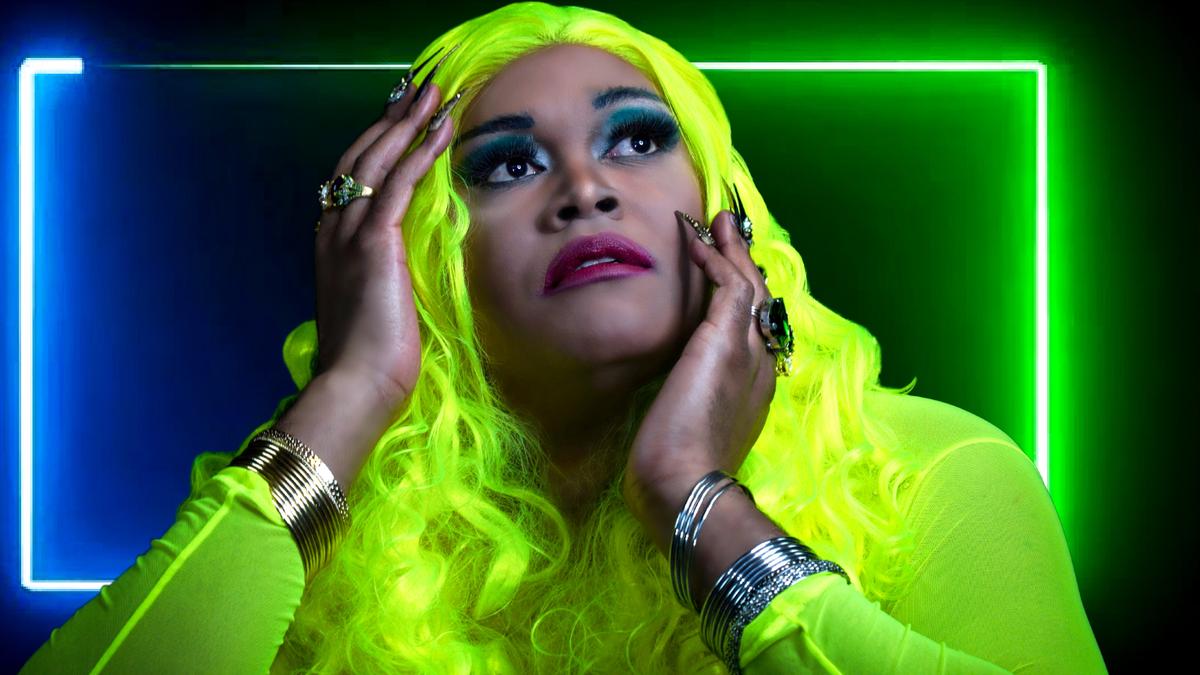 Drag Brunch Delivery in Buffalo Grove is on Sept. 26, with Coco Sho-Nell and others

The Drag Brunch set for Sunday, September 26, from The Pinta Pride Project, organizers of Buffalo Grove Pride, has been canceled… kind of.

Due to COVID-19, BG Pride organizers announced on Sept. 4 that the brunch has been canceled. But instead, The Pinta Pride Project will be delivering a limited number of brunches from The Buffalo Restaurant – and participants can get their photo taken at their homes with the fashion-savvy kings and queens. Event organizers will throw in additional swag, too.

Brunch delivery and the photo-op is $15 and limited to addresses in Buffalo Grove or within 3 miles.

“I think the Drag Brunch Delivery event is a great idea and am super excited to be part of it,” said Coco Sho-Nell who, pre-pandemic, hosted Boylesque, a male burlesque group at Charlie's Nightclub, along with regular appearances at Sidetrack. Plus, she produced her own variety shows at Red Tape Theatre. “Even though we can't perform the way we wanted to, I am glad we can still see some lovely faces and be able to support local businesses with our talent.”

The Drag Brunch comes from the Pinta Pride Project which, for the past two years, has produced the BG Pride Drive, where hundreds of homes and businesses in Buffalo Grove grabbed a rainbow flavor.

Teenager Molly Pinta is the brainchild of BG Pride – and she has had several past events starring Sho-Nell.

“I absolutely love Molly and everyone at BG Pride,” Sho-Nell said. “Such a wonderful group of people the Pinta's are. I am so honored to be working with them. When I was a gay kid, I wish I had the love and support of BG Pride. I feel it is so important to be a beacon of light for our communities and BG Pride is definitely bringing love and light to the suburbs.”

Sho-Nell, 40, was born and raised on Chicago's South Side. She now lives up north, in Edgewater. Her drag career included performing at Tri-City Pride in Nebraska, along with her drag family.

Performing in the suburbs (of Chicago) can be different because it's a different vibe from city audiences, which I love and appreciate,” she said. “I still treat each show with the same mentality: give them a show that they will love and remember.”

Even if the crowd in BG always is younger. In fact, Sho-Nell knows she often is the first drag performer many have ever seen.

“My running joke is … 'After seeing me, it's all downhill for any future drag shows,” she said, laughing. “Seriously, I love to see the joy on the kids' faces when I perform for them. It just fills my heart with so much love. Nothing compares to that feeling.”

Coco Sho-Nell is class, sass, a touch of crass with a whole lot of ass. Her persona comes from multiple things, starting with, her mom and all the women she grew up admiring. Plus, she is a mix of '90s female rhythm and blues, and her love of theatre. “This combination has given me the versatility to be a Queen of all trades,” she said. “I don't limit myself to just to one genre of music or performances – from tock, soul, country, dance, funk, jazz, blues and beyond.”

Sho-Nell has 20 years of drag experience. Her first time in drag was in a children's adapted play named, Sleeping Beauty.

“I have done several shows where I was in drag, but the official debut of Coco Sho-Nell was at The Call Bar in Andersonville in 2008,” she said. “I have had several great moments in my drag career. Getting to travel to different states as a featured or headlining performer has been amazing. Also, I love Halloween, so producing my show 'Whores of Horror' has been amazing and for 3 years straight I was named 1 of 13 events to see during the Halloween season by Chicago Red Eye.

“I love the Chicagoland drag scene because it is truly diverse. From pageant queens to comedy queens, bearded drag, drag kings, trans performers … we truly have it all and not just in Lakeview, but also in the north suburbs, south suburbs, South Side of Chicago.

“There is talent all over Chicago … I love it.”

Dealing With the Pandemic: “These past 16-months or so have been very challenging. The start of 2020 was exciting for me because I was scheduled to perform at three different Pride events around the Midwest, as well as New York City. Unfortunately, I lost a lot of gigs and did not get to travel as much as I had hoped at the start of the year.”

More Pandemic Woes: “This time has truly had some ups and downs. One of the low points during this pandemic was when I lost not only my theatre mentor, Dr. Beverle Bloch, but also my Aunt Debbie. These two women were so influential to my life. My Aunt Debbie was the oldest of my mothers' sisters. She lost her battle with emphysema. My theatre mentor, Beverle, had a long battle with her heart and unfortunately lost her fight early in the pandemic.”

Optimism: “One of the high points of the pandemic has been the virtual digital show that I created. Every year I do a Halloween show and last year I did 'Whore of Horror: A Digital Nightmare.' It was a great success. I got to showcase drag and burlesque performers online and we had such a great turnout of viewers. It was a lot of hard work, but I absolutely loved the look of the show and it's still one of my favorite shows to produce.”

More Optimism: “Another positive aspect has been my weight-loss journey. Over the past 16 months, I have strived to eat healthier and exercise. I have lost close to 50 pounds since the start of the pandemic, and I am continuing my health journey to this day.”

Helping Others: “I think it is very important that we support local drag artists. A lot of these performers who get the opportunity to be on a national television show started like a lot of us, so please continue to support local artists. We need the support of our audiences more than ever.”

Upcoming: “I have several events coming up. I have a show I'm producing with Room 13 called Shady Ladies that hopefully with become a monthly singing cabaret show. We had our first show in August and will be returning on October 23. Also, I will be producing a cosplay show with Lottie A La West on October 22 as well as hosting a drag/ burlesque show at Newport Theatre on September 25.