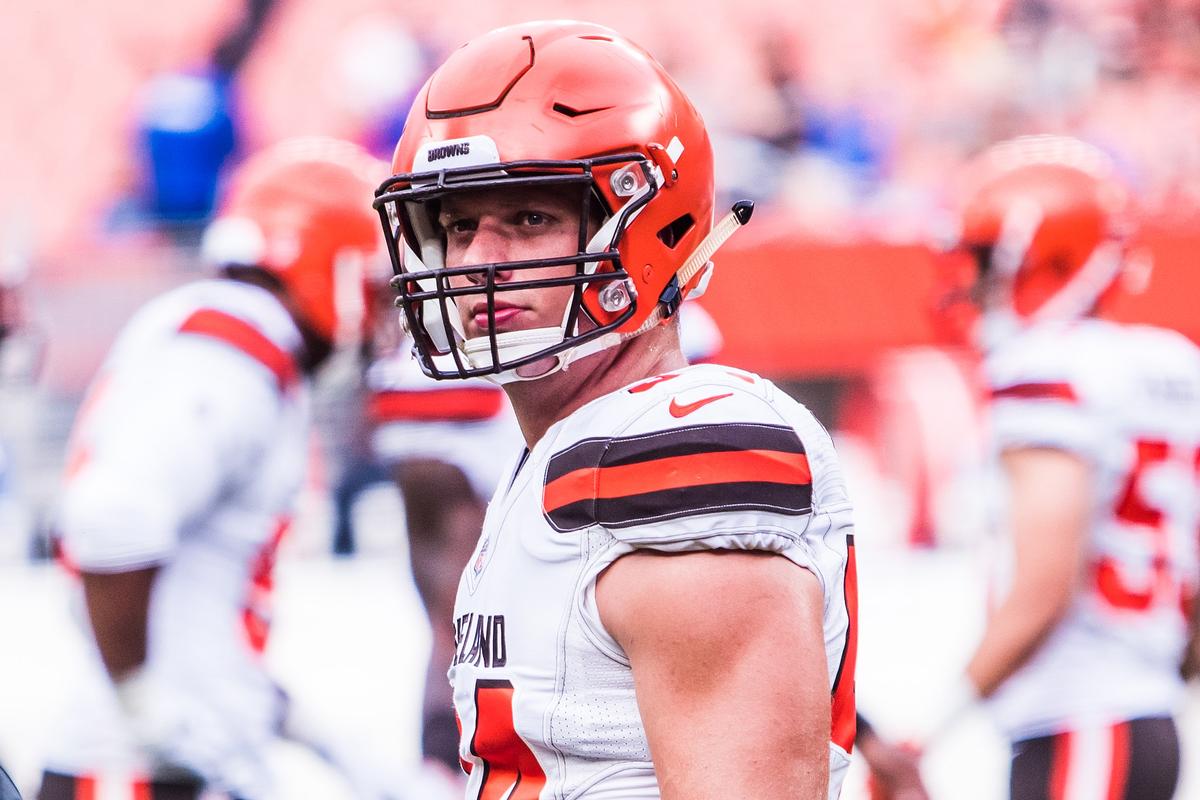 carl nassib when he played for cleveland browns

According to Outsports, Nassib is one of 16 gay or bi men to play in NFL history

Carl Nassib, defensive lineman for the Las Vegas Raiders, became the first out gay player in the NFL to make it on to a team's regular roster of players.

As of June of this year, Nassib was already the first out active-duty player in NFL history.

"I thought nobody would care, but it was such a good feeling to have all the support," the 28-year old pro football player said at the time of his coming out. "I was glad I could do my part to help bring visibility and representation to my community."

With a $25.25 million contract, analysts said they were definitely going to use him as much as they can.

On September 13, he will play his first official game under his new-found status against the Baltimore Ravens.

According to Outsports, "Nassib is one of 16 gay or bi men to play in NFL history."

The West Chester, Pa. native is 6 feet 7 inches tall and weighs 275 pounds. He played for Lavern Prep School before heading to Penn State. He was drafted by the NFL in 2016.

Nassib has played for the Cleveland Browns and Tampa Bay Buccaneers.

On June 22, right-wing activist outed Nassib as a card-carrying member of the Republican Party, which soured views about him among the largely progressive LGBTQ community.

Snopes confirmed, out of public interest, that Nassib indeed was registered as a Republican in Nevada and Florida. His latest registration was in 2020.