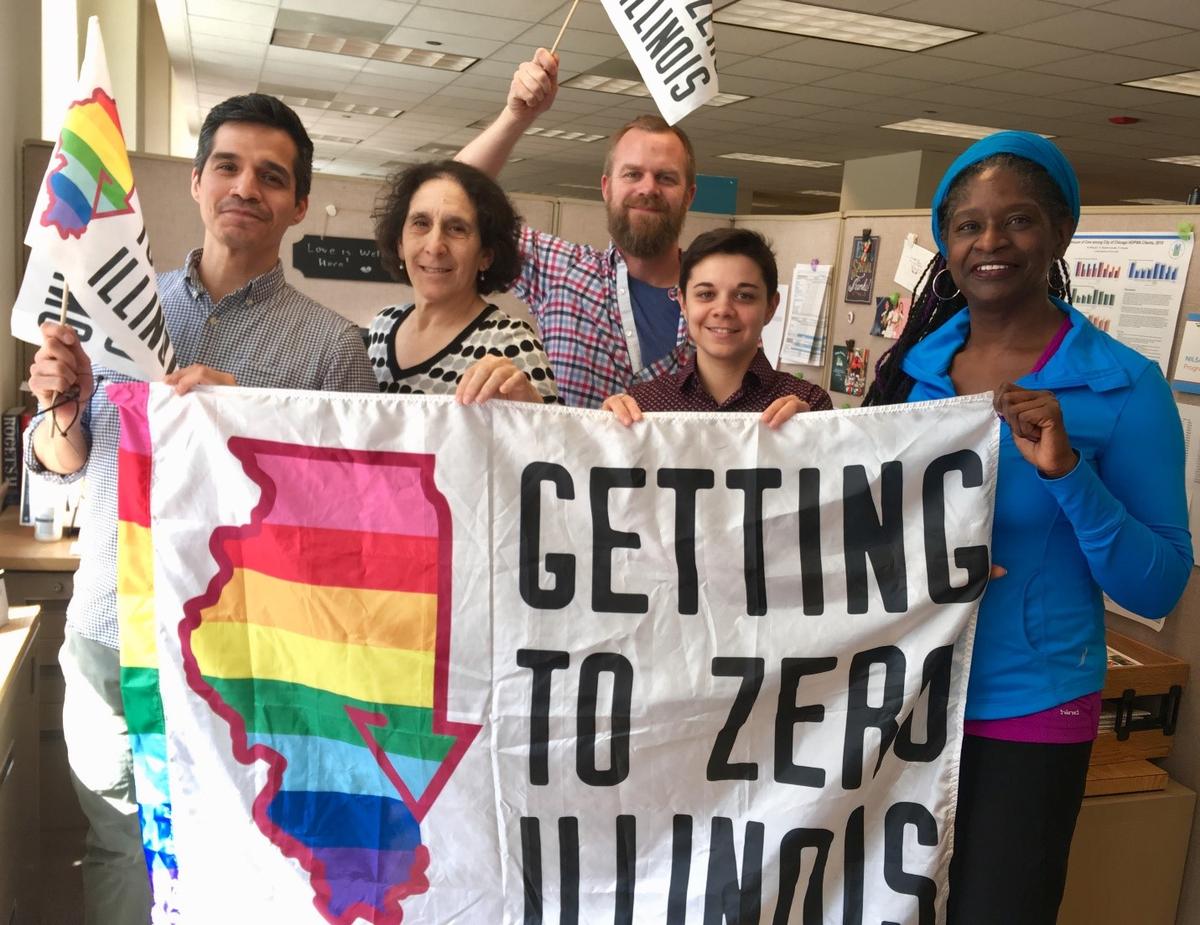 cdph team at getting to zero illinois

photo credit // getting to zero illinois
Chicago Department of Public Health (CDPH) is asking for small organizations to step up in helping meet the goal of ending HIV in the metropolitan area.

The project is a local effort to join Ending the HIV Epidemic in the U.S. Also called EHE, it is a federal program that seeks to end the HIV epidemic by 2030. The state's effort, pushed by Gov. J.B. Pritzker (D-Ill.) and sponsored by CDPH, is called Getting to Zero Illinois.

CDPH announced five Requests for Proposals (RFP) for aggressive mobilization of screening and support services across the city and county.

Such services will include HIV testing, getting people on PrEP like Truvada and Descovy, educating about safer sex practices like providing condoms, and helping connect people to resources and therapy.

They are asking small but qualified non-profit organizations, that receive less than $1 million per year in HIV funding, to participate.

"Chicago has made important and meaningful progress in our fight against HIV, but disparities remain in the magnitude of decline among racial and ethnic groups," said CDPH commissioner Dr. Allison Arwady, M.D.

CDPH is targeting specifically communities of color where these services are lacking, and therefore, where the risk for HIV spread is highest.

Black and Latina transgender women are covered by RFP 8164 and 8167, respectively.

Each RFP awards one selected service provider $125,000 for four years to conduct the required services.

According to CDPH, Chicago diagnosed 652 new HIV cases in 2019. This is the smallest number since 1988. The reductions were across the board in terms of gender, age, racial and ethnic groups.

"The greatest declines were observed among Asian Pacific Islander Chicagoans at 63 percent and non-Hispanic white Chicagoans at 50 percent," the health department reported.

"Cases among Black Chicagoans declined 24 percent and among Hispanic Chicagoans by 25 percent."CDPH further reports that 71 percent of new HIV diagnoses in Illinois in 2019 were in Cook County.

The last point refers to educating more people that with treatment, a person with HIV can reduce their viral loads to undetectable levels. These persons cannot transmit HIV through sex.