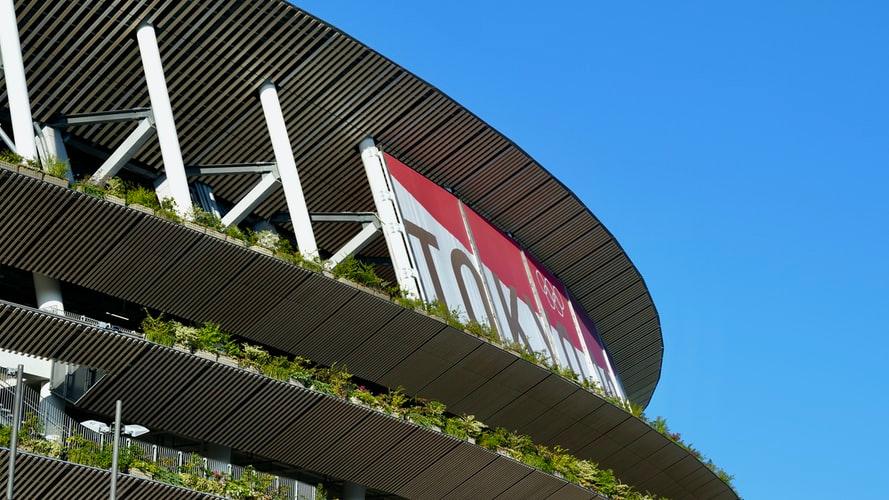 The Tokyo Olympics has come to an end with a Sunday closing ceremony. Despite an extinguished flame, its historical significance for the LGBTQ community remains ablaze.

At least 168 openly lesbian, gay, bisexual, transgender, nonbinary, and queer athletes competed in Tokyo. It is a 300 percent jump from the number of out athletes that competed in Rio de Janeiro in 2016. London 2012 only had 23 out athletes.

A facility was opened for the athletes and their allies in the Olympic Village—Pride House.

The U.S. alone sent at least 35 LGBTQ athletes—both in competition and in reserve. The biggest names include lesbian soccer phenoms Megan Rapinoe and Kelley O'Hara and WNBA players Sue Bird and Brittney Griner. Bird was the Team USA flag-bearer.

Stefanie Dolson, an out lesbian on the Chicago Sky basketball team, won the gold medal in women's 3x3 basketball.

Raven Saunders went home with a silver medal in shotput while sporting green and purple hair.

The Black athlete from Charleston, SC made an X symbol with her arms after receiving her medal on the podium.

Saunders said it represents "the intersection of where all people who are oppressed meet."

And then there are younger Team USA Olympians who made their debut—skateboarders Alexis Sablone and Alana Smith. They competed against out athletes Philippines' Margielyn Didal, Australia's Poppy Starr Olsen, and Canada's Annie Guglia.

Kayla Miracle is the first out LGBTQ Olympic wrestler.

A few LGBTQ athletes made history for their own countries. Nesthy Petecio was the first Filipino woman to win an Olympic medal in boxing. She received silver for the Philippines.

One of the most significant events was the women's +87 kilogram weightlifting competition. The event saw its first out transgender competitor with Laurel Hubbard representing New Zealand.

While she did not win any medals, the 43-year old was content with making an Olympic appearance and decided to retire from the sport.

Canada soccer player Quinn, who identifies as nonbinary, uses a single name, and the pronouns they/them, made history competing for an Olympic medal in that sport.

Quinn and their team won a gold medal.

Hubbard and Quinn caused uproar among anti-transgender persons around the world, even in the U.S.

Though, the International Olympic Committee maintains a policy that outlines how and why it is fair to have transgender participation in sports with peers of the same gender identity.

Russia is currently being investigated by the IOC for airing homophobic and transphobic content during their Olympic broadcast. It would be a violation of their licensing agreement.

In tears he declared, "I feel incredibly proud to say I am a gay man and also an Olympic champion."

There are others who note it's still hard to come out with risk of hostility, sometimes violent, in their own communities.

He told the CBC, "Swimming it's still much harder to come out some reason. If you need to hide what you are, it's very hard."

Analysts say there is indeed growing acceptance by the public for LGBTQ people and therefore more acceptance of LGBTQ athletes. But there remains significant backlash.

In the U.S. for example, Republican-led state legislatures are insistent on passing laws prohibiting transgender students from playing and competing in sports with peers of the same gender identity. In Wisconsin, this includes college-level sports in the University of Wisconsin system.

The next Olympics will be the Beijing Winter Games in 2022.

The IOC just announced Brisbane, Australia will host the Summer Games in 2032.