Todrick Hall: 2021 Market Days will be a 'celebration for the books, epic' 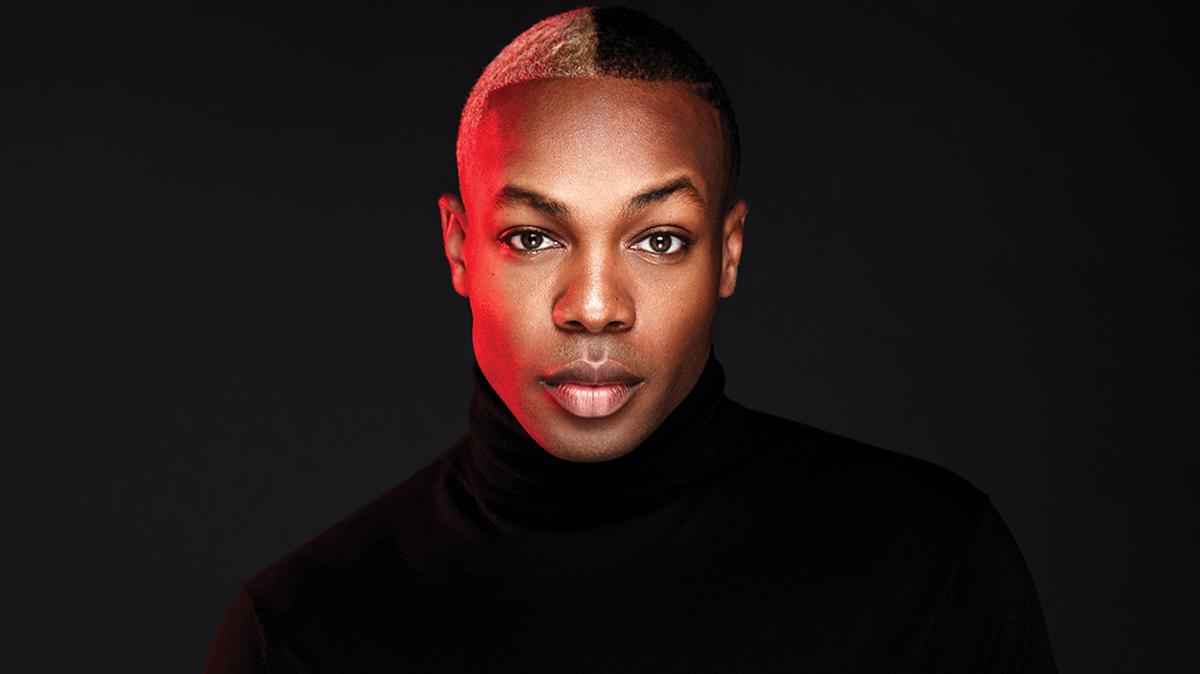 Todrick Hall is set to return to Chicago for this weekend’s Northalsted Market Days, the popular street festival that rocks the Lakeview neighborhood with live music on six stages, 250-plus unique vendors, arts, crafts, food, drinks and more.

Hall – a multi-talented singer, rapper, actor, director, choreographer, and social media personality who rose to prominence on and after his appearance on American Idol – will be on the Bud Light Seltzer Stage on Sunday, August 8, starting at 2 p.m.

That’s all he has planned in Chicago … as of now.

“There are no surprise performances at any parties in the middle of the night,” he said, laughing, in reference to a surprise appearance at a Chicago circuit party a few years ago.

“The last time, when I made that surprise appearance, I didn’t get asked to do it until days before. In fact, I might be flying in (this time in the) morning and flying out that night, as I’m working on projects that I really need to be in Los Angeles for.

“So, if someone asks me to make a surprise appearance, I think my team and I would be down … for the right price. But they’ll have to ask us pretty soon because our plans are getting pretty set in stone.”

He has nothing buy fond memories of the yearly, early-August street festival that draws more than 100,000 people and is ranked in the top 10 Chicago festivals by BizBash.

Asked about his past Market Days appearance, Hall said he most remembers the “beautiful crowd of people,” he said. “It was an awesome, awesome time. I always have fun in Chicago, every single time I come to the city.

“I think people will really enjoy the show we’re doing this (Sunday).”

Hall said he only walked around at Market Days very limited but added that he enjoyed the food he sampled, he said.

Hall has been a resident choreographer and occasional judge on RuPaul's Drag Race, and has starred in Kinky Boots on Broadway, and as Billy Flynn in Chicago on Broadway and the West End.

“I’m sure some of the boys will have suggestions,” of things to do or places to visit in Chicago, Hall said. “There are no shortage of options in Chicago. We’ll wait and see the hand of cards Chicago deals me. I just plan to be spontaneous, see where the day takes me.”

Hall – who has more than 3.6 million subscribers on YouTube, and his videos have been viewed about 550 million times – has videos choreographed for Arianna Grande and Beyonce, and others.

“I think a lot of us performers took things for granted (last year), that we need audiences, etc,” Hall said. “Now, there is a newfound excitement (heading into the end of 2021) … any time we can put a microphone in our hand, put on a costume, get in front of a crowd … We are all addicted to the roar of the crowd and the adulation.”

Hall said his music often is a “love letter to the LGBTQ community,” which made not being able to perform for the LGBT community in 2020 “heart-breaking and devastating” for him and so many queer artists.

COVID was the Grinch Who Stole Christmas last year, he said.

But the 39th annual Market Days, running August 6-8, will be a “celebrations for the books, epic,” he said.

Hall will be on tour later this year with a Chicago show date soon to be announced.

On Stage With … Todrick Hall

“The pandemic actually was very, very helpful for me. I was so jampacked with events and things I was doing, commitments (for 2020).  The pandemic gave me a break, that opportunity to chill out and figure what I wanted to do with my life, my career, my relationships, my friendships.”

Last year was “very eye-opening, very helpful for me.”

“I’ve come back new, refreshed, more prepared. I had lost sight of some of my goals; now I’m re-inspired, (motivated) to make every day count, fight for the things that I want in life.

I needed that time to step away, think about life and come back with a new-found view.”

His friendship with Taylor Swift and winning the VMA, which he tagged as “really, really cool.”

“I sometimes get a lot of flak for not having enough diversity in my work. Sometimes my relationship with the Black, gay community is strained because, often, they feel like I’m not fighting for them the way that they would like me to. But that’s hard for me (to accept) as an artist because I love the gay community and I love the Black community.”

Hall announced this past May on Instagram that he is in a relationship with model David Borum. “He’s gorgeous, sweet, such a kind human being. He makes me very happy, so I’m very, very excited.  To announce that I have a boyfriend was a little scary because you never know where things are going to end up. But we are in a monogamous relationship … and he makes me happy.”

Hall will be on tour later this year with a Chicago show date soon to be announced.