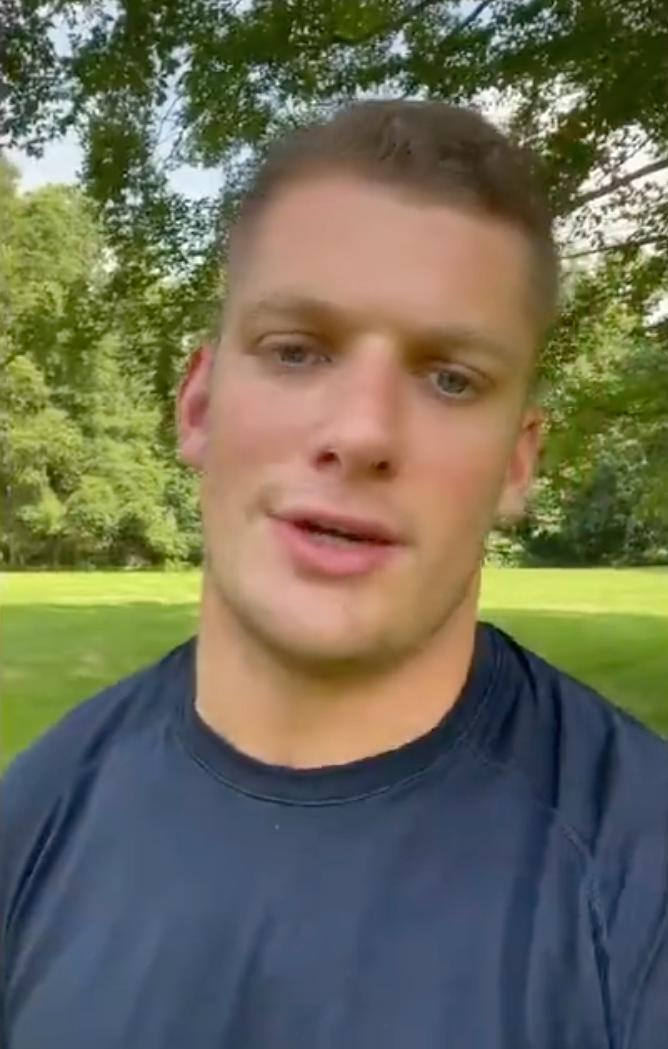 Las Vegas Raiders defensive end Carl Nassib came out out as gay on Monday, becoming the first active NFL player to ever do so.

The 28-year-old made the announcement in an Instagram video

I just wanted to take a quick moment to say that I'm gay. I've been meaning to do this for a while now, but I finally feel comfortable enough to get it off my chest,” Nassib said.

“I really have the best life. I've got the best family, friends and job a guy can ask for. I'm a pretty private person, so I hope you guys know that I'm really not doing this for attention. I just think that representation and visibility are so important. I actually hope that like one day, videos like this and the whole coming out process are just not necessary. But until then I'm going to do my best and my part to cultivate a culture that's accepting and compassionate.”

Nassib pledged a $100,000 donation to the Trevor Project, an organization dedicated to helping LGBTQ youth.

In an interview with LGBT sports blog Outsports in February, former professional football player Esera Tuaolo said that he believes the NFL is ready for an openly gay player.