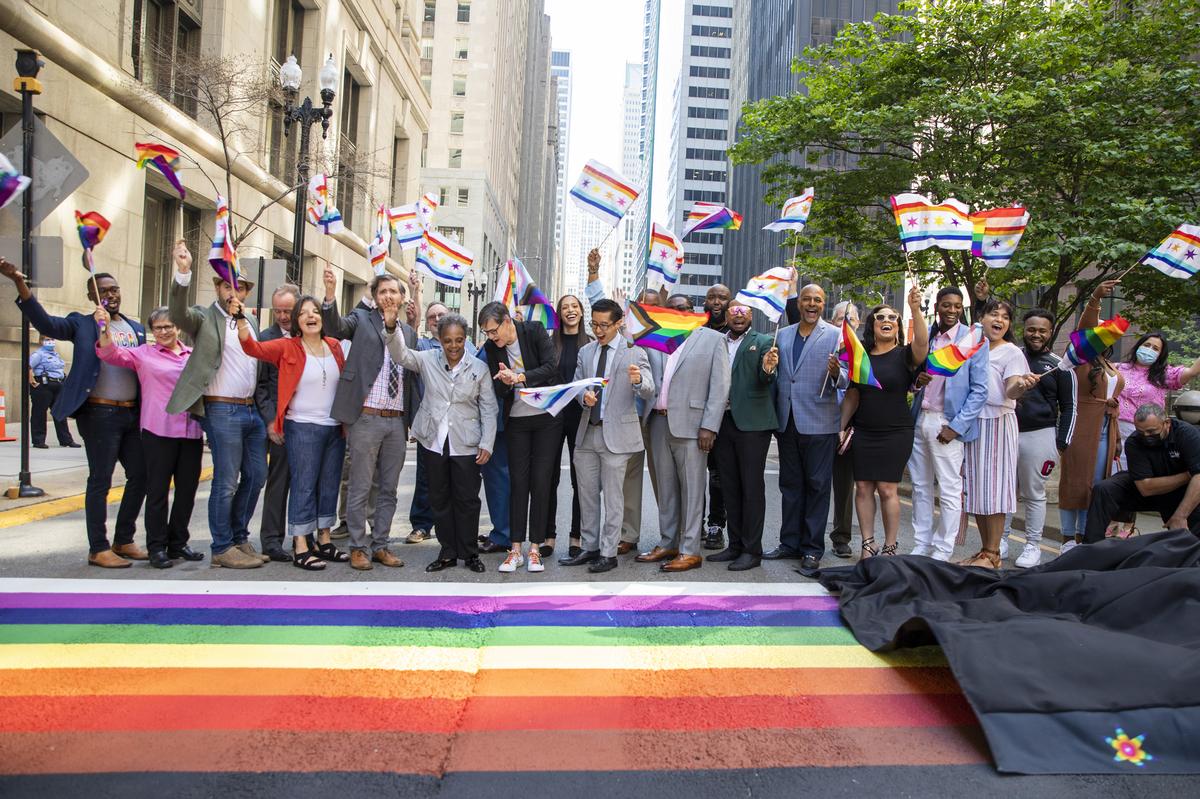 'Being Chicago’s first gay mayor is a title I don't take for granted,' Lightfoot tweeted.

Lightfoot, who was joined by wife Amy Eshleman, revealed two new colorful crosswalk paintings – the Pride flag and the Transgender Pride flag - in front of City Hall on LaSalle Street in downtown Chicago.

"Being Chicago’s first gay mayor is a title I don't take for granted," Lightfoot tweeted with photos from the ceremonial event. “My historic administration, as well as the crosswalks we've revealed today, are symbols reminding me to work harder to create pathways for people like me – like us – to get into leadership positions and thrive.”

Additionally, Lightfoot and the LGBTQ Advisory Council honored four LGBTQ community leaders who have "helped build the foundation for a more welcoming, equitable and inclusive Chicago."

Those leaders included: Precious and Myles Brady-Davis, Social Justice advocates for trans-parents and queer families; Jamal Junior, Owner of Jeffery Pub, the only black and gay-owned bar in Chicago, that has served the South Shore neighborhood for the last 40 years; Christopher Balthazar, Interim Executive Director of TaskForce Prevention and Community Services, a multi-service, grass-roots agency committed to improving the health of Black LGBTQ+ individuals on the West and South sides of Chicago; and honored posthumously Richard Pfeiffer, the longtime Chicago Pride Parade coordinator who died in late 2019.

"Richard was truly a living example, the power of speaking out and fighting for what you know is right, even against great odds," said Lightfoot.

Pfeiffer coordinated the Pride parade since 1974.

Even as Chicago is set fully reopen in Phase 5 on June 11, the annual parade has been rescheduled for Oct. 3.

Related: Which Pride festivals, events have returned, been rescheduled?

Being Chicago’s first gay mayor is a title I don't take for granted.

My historic administration, as well as the crosswalks we’ve revealed today, are symbols reminding me to work harder to create pathways for people like me—like us—to get into leadership positions & thrive. pic.twitter.com/ltMPelhFsR— Mayor Lori Lightfoot (@chicagosmayor) June 3, 2021