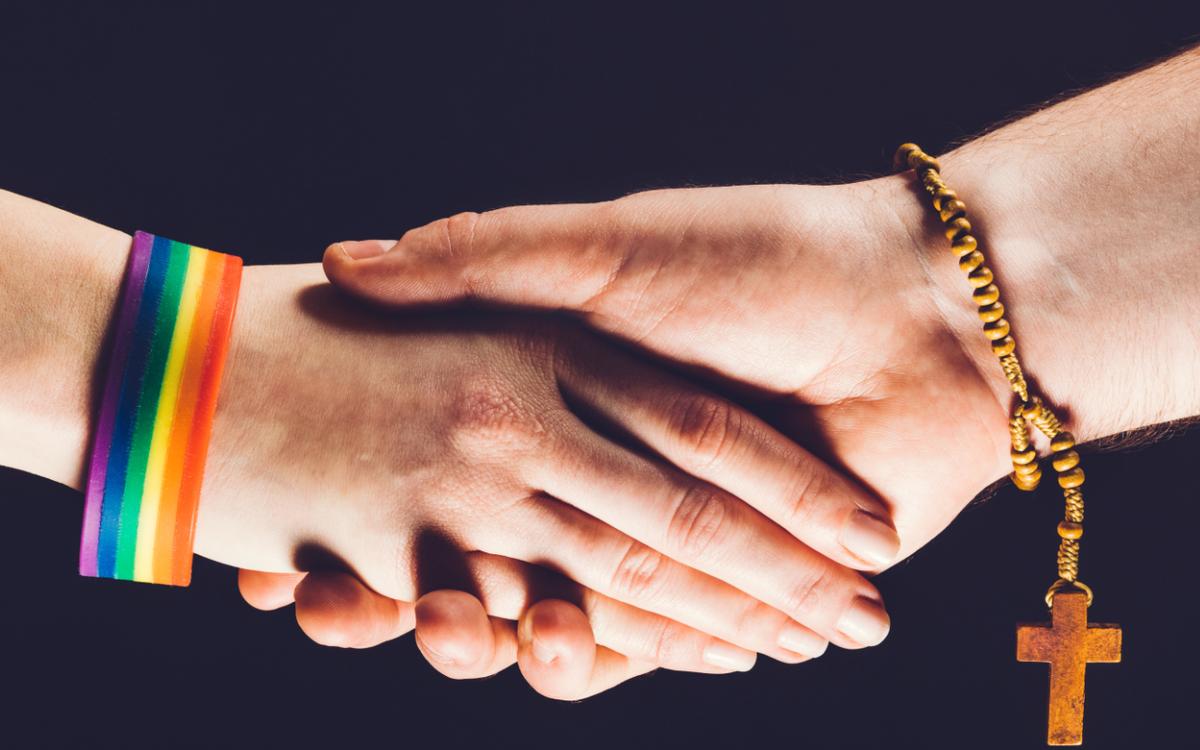 photo credit // istockphoto.com/niserin
Rev. James Martin, SJ—popularly known as Father Jim—was asked to serve as special advisor to Pope Francis to help communicate to the English-speaking world. Some Vatican insiders say Father Jim has been a conduit to help communicate what Pope Francis really wants to say outside of the constraints of the Catholic cardinals and archbishops who run the Vatican.

Father Jim, a popular pro-LGBT author and editor of America magazine, has been disinvited by Catholic bishops and universities who oppose his preaching of tolerance and acceptance.

In a June 2 social media video, Father Jim said it was okay for Catholics and Christians to celebrate Pride month as it promotes dignity, not vanity.

At issue are Catholics and Christians who argue 'pride' is one of the seven deadly sins in the Bible.

“Remember that there are two definitions of 'pride,'” the Jesuit cleric says.

“The first is satisfaction that comes from your own accomplishments, which can morph into vanity—which is bad.”

“But the second kind of 'pride' is a consciousness of your own dignity,” Father Jim argues. “And that's closer to what Pride month represents: a celebration of the human dignity of a group of people who have for so long treated like dirt.”

“And for the religious person, it is a celebration of them as 'beloved children of God.'”

“It's especially important for churches to celebrate Pride since a great deal of the rejection and even violence that the LGBT community has faced has been motivated by religion, or at least what people think religion teaches.”

Father Jim admonishes those conservatives who use the word 'pride' against LGBT persons.

“Complaints about the use of the word 'pride' don't seem to happen in other situations. People say, 'I'm proud to be Catholic,' or 'I'm proud to be American,' and no one objects to it or says that it's vanity.”

Catholic University of America's Theological College in Washington, D.C. was forced by 'moral' conservative protestors to disinvite Father Jim in 2017—as he was promoting his book, Building a Bridge: How the Catholic Church and the LGBT Community Can Enter into a Relationship of Respect, Compassion, and Sensitivity.

Despite that, Father Jim was invited by Cardinal Blasé Cupich, archbishop of Chicago, on May 22 and 23 at Holy Name Cathedral.

Cupich was appointed by Pope Francis.

Another Francis-appointee, Cardinal Wilton Gregory, archbishop of Washington, D.C., then-archbishop of Atlanta, Ga., offered his support as a new edition was published in 2018.

“[Father Jim] has written a wonderful book that challenges the institutional church to be in dialogue with the LGBT community,” Gregory said at the time. “This has challenged a lot of people, because you don't want to build a bridge if you already think you're right. But this is where we have to go next.”

So did Cardinal Joseph Tobin, archbishop of Newark, NJ—also a Francis—appointee.

“In too many parts of our church, LGBT people have been made to feel unwelcome, excluded, and even shamed,” he said.