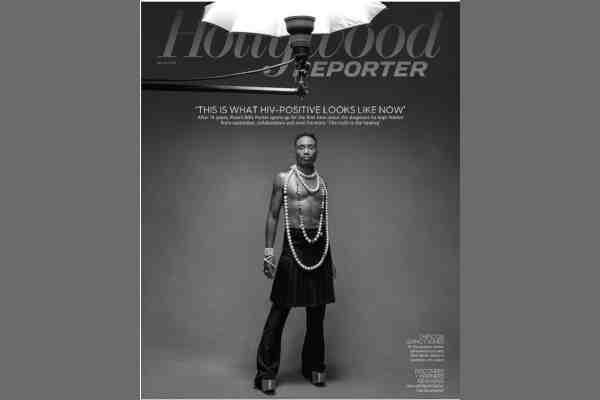 Out actor Billy Porter has revealed that he's HIV-positive.

Porter, 51, discussed his HIV status in a cover story for The Hollywood Reporter.

In an episode of The Tamron Hall Show, which aired Wednesday, Porter called 2007 "one of the worst years of my life," explaining that he was diagnosed with type 2 diabetes, filed bankruptcy, and learned he had contracted HIV in the first six months of 2007.

Porter said that the "shame" engulfed him.

"Every morning, I would wake up with dread, and try to find my way to work though it. Shame is a destroyer. It destroys everything," he said.

Porter is best known for playing Pray Tell, who is HIV-positive, in the FX drama Pose. Now in its third and final season, Pose takes place in New York City at the height of the AIDS crisis.

Porter also appeared to reveal that his character dies in the final season, which airs its finale on June 6.

"Gay men of a certain age," Porter told Hall. "I would say those who are mid to late 40s on up, who survived the plague, I often wondered in the survivor's guilt mode of what comes with that, for not just me, but for many. Why did I survive? You know, like, what's the point? Because there's something in the survival that is greater than me. And then Pose happened and I said, okay God, universe, she, them, they, whatever we call the force. I understand because I was left here to tell the story to remind the world that we were here. We've always been here. We're still here and we're not ever going anywhere. That's powerful and in this space, and in this moment, playing Pray Tell on television, playing a character whose life parallels mine. He missed the antiretroviral drugs by one year. Pray Tell missed them and passed on, but Billy didn't. And look at God. Look at me, the God that's in me and I say God, because we have to start speaking in the right terms. The first thing that's taken away from us, as LGBTQ people from everybody is our spirituality is God. God hates fags. No, he doesn't. Stop it. I can't do it, and I won't do it anymore."

Porter said that he only recently told his mother that he's HIV-positive. She responded that her only concern was for his health and that she loves him.

Producer Ryan Murphy, who created Pose with Brad Falchuk and Steven Canals, posted an "ode of appreciation" to Porter on Instagram, thanking him for being the "the light that shows the way."

"Today is a big day for him, and I think for so many others who have ever been afraid to be themselves because of the societal judgement that can be so harsh for those in our community all over the world," Murphy wrote.