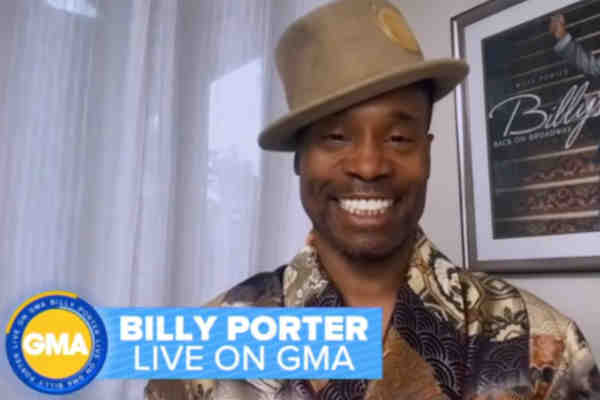 Out actor Billy Porter, who plays Pray Tell on FX's Pose, said in a recent interview that ending the series was "bittersweet."

The groundbreaking drama ends on June 6 after three seasons.

Porter in 2019 won an Emmy for his portrayal of Pray Tell, making him the first openly gay black man to be nominated for and win in a leading Emmy acting category.

The show's final season takes place in 1994 – roughly three years after the events in season 2 – as the AIDS crisis hits its peak in New York City.

During a recent appearance on Good Morning America, Porter was asked how he was feeling about the show ending.

"It's bittersweet," Porter said. "And I feel complete."

"You know, I am old enough to have lived through the AIDS crisis. And I always thought, in a survivors guilt kind of way, why did I survive? Why? And when Pose came around and the character of Pray Tell presented itself in my life, I understood why," an emotional Porter said, alluding to his character's battle with AIDS.

Porter added that the show's AIDS storyline presents many parallels to COVID-19.