Mayor Lightfoot insists she's not resigning after weekend of rumors 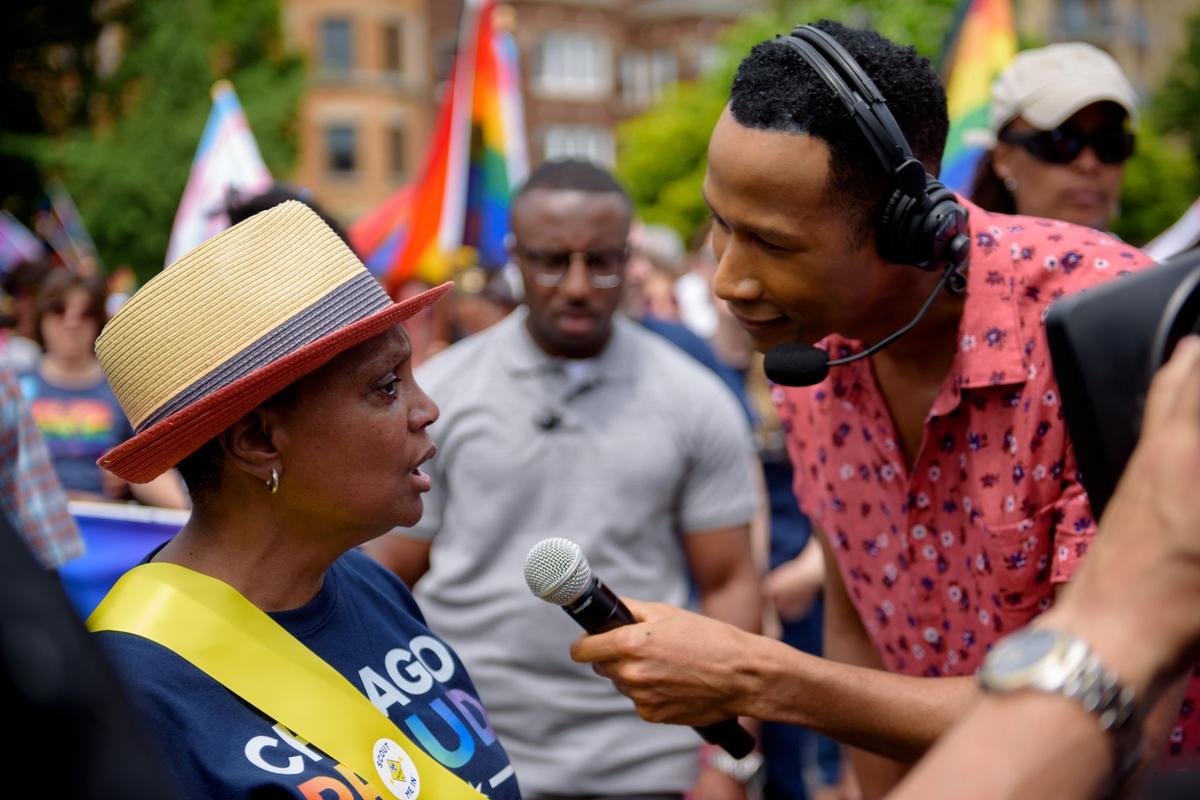 'Our city doesn't have any time for homophobic, racist and misogynistic rumors, today or any day,' the mayor tweeted

A tsunami of Twitter and Facebook posts immersed local social media feeds this weekend insisting that Lori Lightfoot, mayor of Chicago, would resign.

Lightfoot squashed the rumors on Sunday with a multi-post statement on Twitter.

She says the rumor is a distraction from the issues facing the city, “This nonsense that some apparently have the luxury of indulging in has not fed one person, stopped the pandemic, housed anyone living on the street or saved one young person.”

The mayor made a volley against her detractors, “Anyone who wants to work with me to make progress, I'm ready. Even if we don't always see eye to eye, if you actually love this city and want to be part of making it better, let's do the work.”

Lightfoot, who is married to Amy Eshleman, declared that she will finish her term, “I will continue to lead a group of the willing all across our city who are about doing the people's work. The people of Chicago elected me mayor, and I will continue to serve today, tomorrow and into the future.”

The mayor's office had been beset with calls for resignation following the death of Little Village 13-year-old Adam Toledo at the hands of Chicago Police Officer Eric Stillman on March 29.

Protests erupted throughout Chicago and its suburbs, mostly peaceful, demanding accountability from the top.

Lightfoot is being blamed for missteps in the handling of Toledo's death. As mayor, she is ultimately in charge of policing policy. There are also calls for Chicago Police Superintendent David O. Brown to resign.

Frequent mayoral critic and advocate for people of color Ja'Mal Green responded, “That was the worst statement I've ever read from a sitting mayor.”

Green, among others, is seen as being a target of the mayor's statement today.

“I know Lori is mad that folks have started rumors and I'm sorry I helped by saying she's resigning,” he said. “But the reality is, we've been lied to since the beginning of this Administration. So much that the people have lost hope. 73% of Chicagoans think we are on the wrong path!”

One of Green's main arguments against the Administration is corruption at the Chicago Police Department.

Even national advocates say her resignation would not end the alleged practice of covering up innocent deaths at the hands of Chicago Police officers.

Like a game of telephone in which children play, the rumors started to morph overnight Saturday into anticipation of a resignation based on embarrassing personal reasons.

The rumor cannot be tied by GoPride.com to any actual evidence, or even hints, of such an issue.

Green said of that, “There are enough reasons for Lori Lightfoot to resign. Her personal life being the last.”

If Lightfoot resigns, her vice mayor would become interim mayor. Ald. Tom Tunney, vice mayor since 2019, would serve out the remainder of the term. It ends April 4, 2023.

There are 23 months left in Lightfoot's term. Should she resign, Tunney would be allowed to finish the term without an election.