OPINION: Rabine for Ill. governor is danger to LGBT, women, people of color 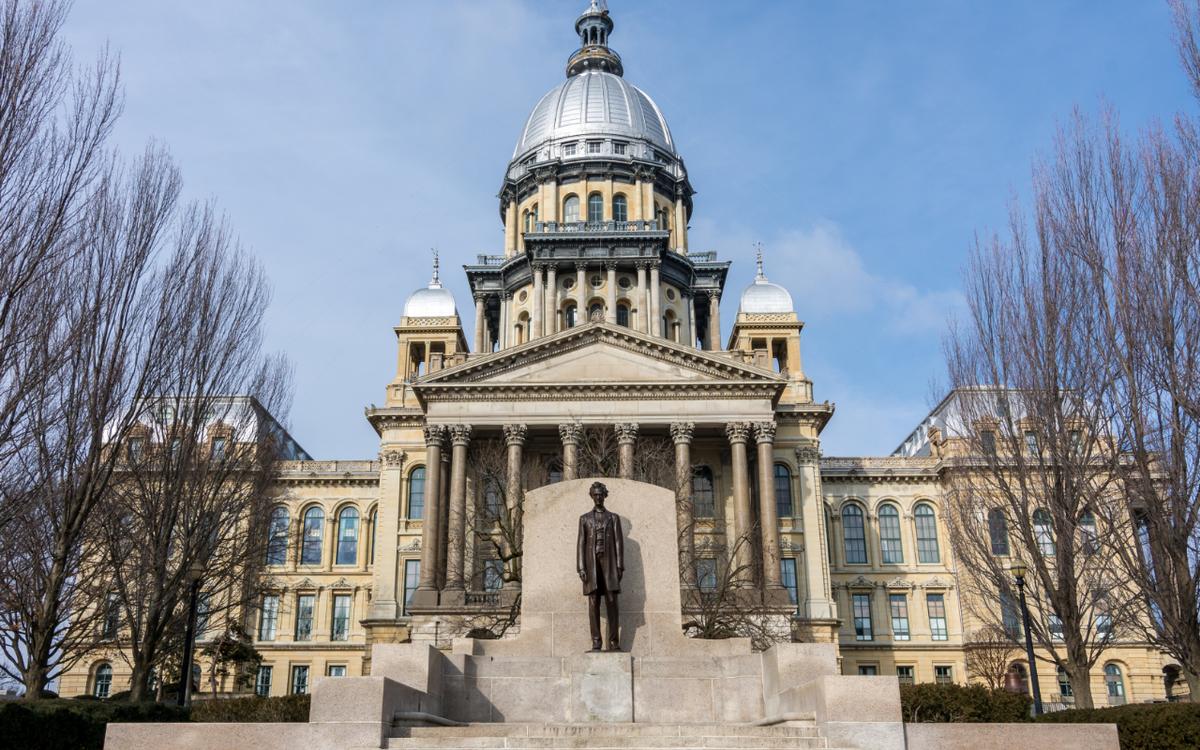 Gary Rabine looks to be one of the worst of the clowns that came out of the GOP clown car for Election 2022—especially for equality and LGBT rights.

Election season is carnival season in Illinois. The clowns may look different but they're clowns nevertheless.

But some clown costumes are cut from a different cloth. The latest iteration has a blue collar—starched stiff, though—and is dusted in dirt. He goes by the name “Ditchdigger,” in fact.

I'm serious. That's what they call him.

Rabine looks like a classy everyday clown with working-man bona fides—a self-made millionaire who worked his way up to CEO status. He's very much what Republicans looks for: a happily married guy with little kids, a church-going Christian that goes for the “traditional” stuff preachers amp up, and for more than four years, has been an uber-booster for Trump and his Tweetdeck style of running things.

I don't use the word “danger” lightly when I say Rabine is the dangerous clown out of the GOP clown car.

He has the looks, the money, the background, and Jesusland gloss that could make him a winner among boffos.

But his ideas are some of the most radical from the Trump binder.

State Republicans could choose him and it would directly threaten our Declaration principles of life, liberty, and pursuit of happiness.

Rabine is nothing more than a racist, misogynist, homophobic, transphobic millionaire who wants to protect the status quo—keep the fringes in the fringes, and hold down the fort for wealthy Whites.

He hates the idea of criminal justice reform. He believes that it diminishes the power of police to round up largely Black and brown people and incarcerate them for as long as possible—even for low level crimes. If you're white, don't worry. Rabine will defend the status quo systemic and institutional racism that will give White Illinoisans, especially wealthier ones, a pass.

If you're a cop accused of wrongdoing? Take a guess whose side he'll take.

He likes to tout the lie that Black Lives Matter is nothing but a lawless mob waiting for any occasion to burn down the private property of businessowners—rather than grassroots activists trying to protect the abuses of power that have and continue to snuff out the lives of people of color.

Rabine takes the hard line on the Catholic Church's position on women's healthcare—that family planning should be left to the Church to define and codify in law. For Rabine, to hell with a woman's right to self-determination for her own healthcare. And if he can find legislative and executive authority to skirt around the legal protectsions of Roe v. Wade at the state level, he will.

Rabine takes the hard line on the Catholic Church's position on homosexuality as an inherent defect of biology—and that marriage is between one man and one woman. He would use the bully pulpit of state's rights to fight the Equality Act—or punch holes in it, and weaponize its potential loopholes to screw over the civil rights of lesbian, gay, bisexual, and transgender Illinoisans.

He supports getting rid of transgender healthcare. He supports ending transgender participation in school athletics. He supports cutting community services that offer commonwealth aid to every poor Illinoisan—including LGBT people, and women, and people of color.