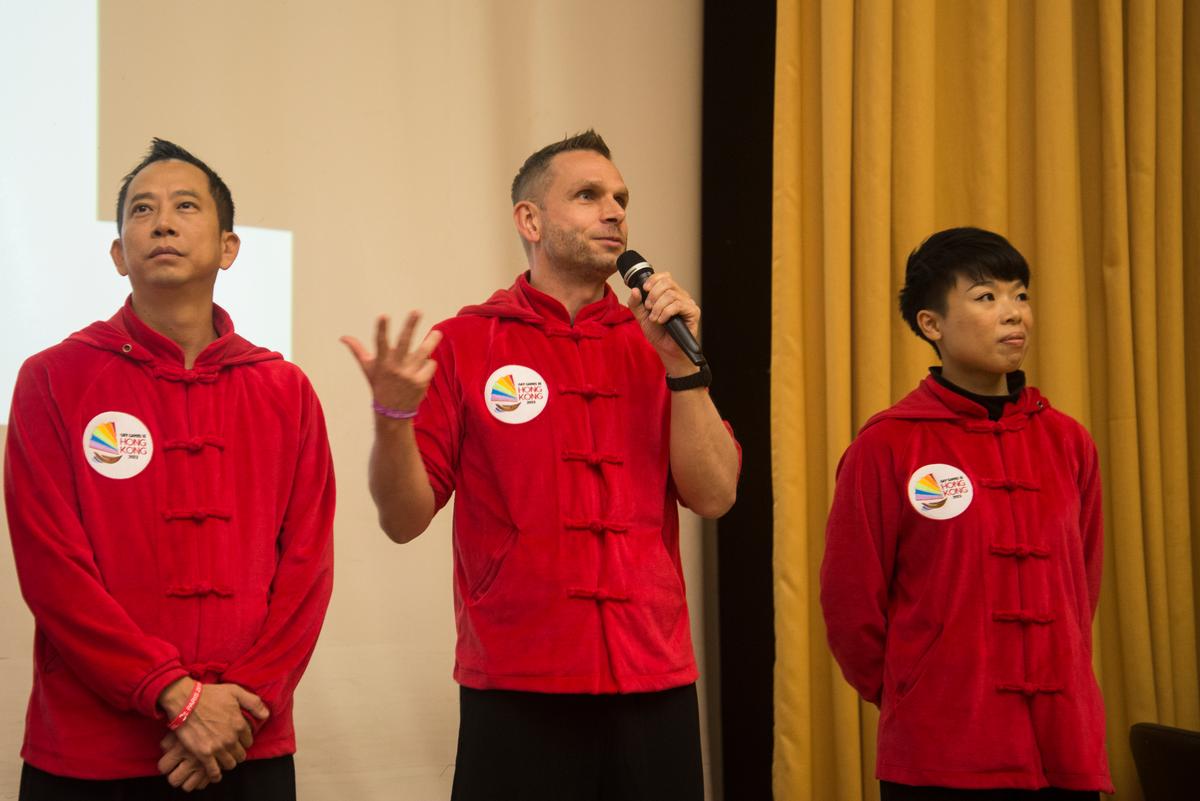 The first Games ever held in Asia are zooming toward 12,000 participants – with pre-registration opening in March

Gay Games 11, the quadrennial multi-sport, arts and cultural extravaganza, is set for its first-ever run in Asia, as Hong Kong is set to welcome 12,000 participants and 75,000 spectators for 9 days in mid-November 2022.

Despite the worldwide pandemic, local organizers are pushing forward full steam – with about 600 days until the Opening Ceremony and zoom calls and webinars are now commonplace for preparations.

“We really can see the momentum going as we’re counting down,” said Dennis Philipse, the founder and co-chair of the local organizing committee. “Everyone is getting extremely excited as we see the effort we have put in over the past few years coming to fruition. That comes in the shape of the venues, the arts & culture program, the sporting events, fundraising and many other things which our volunteer team is working incredibly hard on. With all the challenges everyone is facing around the world, including COVID, we really believe that Gay Games Hong Kong (GGHK) will be arriving at the right time as we expect that people will be ready to travel and to come together at sporting events once again.”

Organizers in March will launch pre-registration for participants, announce their first sponsors and open the Financial Inclusion Scholarship Program.

The plan is to open registration this June, organizers said.

“The pandemic has undeniably had an impact on how we are preparing for the Games, but, like everyone else, we have been adapting to the situation and the resilience shown by all involved has been very inspiring,” said Philipse. “Thankfully, we remain on schedule and we’re excited for what’s still to come as we draw ever closer to the Games.

“Remarkably, many of our team has still not been able to meet face to face due to social distancing measures, yet we feel like we know each other extremely well thanks to the virtual work and communication we are now able to do. To ensure we are well prepared and prioritize the health and safety of all our participants, we have drawn up a detailed contingency plan so that we remain agile in dealing with whatever may arise. And this will remain under constant review in the run up to the Games.”

Philipse, who is joined by Lisa Lam as co-chair and the general counsel, confirmed that organizers are closely monitoring the COVID situation and will take all precautionary measures possible while complying with all local health and safety regulations. “We remain confident that Gay Games Hong Kong 2022 will proceed as planned,” he said.

Organizers have created contingency plans for highest risks, such as COVID and typhoons which can occasionally occur at that time of the year in the region.

The pre-registration, starting in March, will allow organizers the opportunity to better gauge the interest of participants and thus allocate resources effectively. “We are in a learning process about what aspects of the Gay Games may resonate and peak interest levels of our communities in Asia,” he said.

Philipse said the road races (5K, 10K, half/full marathon), swimming and volleyball likely will be the most popular events. Large participation numbers also are expecting for new sports that will be included at GGHK, such as dragon boat racing, esports, and trail running. “These are quite unique to Hong Kong and really reflect our local sporting culture which we are excited to share with the world,” he said.

“We remain hopeful that the COVID situation will be more under control and that people can travel safely by November 2022. That said, we are also closely monitoring developments and have built in sufficient agility to make adjustments for the Gay Games in our contingency plans.”

Participant registration was shifted from November 2020 to June 2021 due to the pandemic.

GGHK will kick off Nov. 11, 2022, with an Opening Party in the Festival Village, similar to the Olympic Village for the traditional Summer and Winter Olympics. The next afternoon, the Opening Ceremony will be held at Hong Kong Stadium. Sports, arts and culture events will run from Nov. 13-19.

“At the forefront for the Games is to increase the level of participation among women, youth and transgender people. We’re actively building stronger relationships with these communities to encourage greater participation and representation.

“Being the first time that the Gay Games are held in Asia, we’re naturally excited to be attracting new audiences from Asia to join the Games for the first time. With Hong Kong being such a vital transport hub within Asia, we’re confident that communities that have never participated at the Games before will be able to attend and bring new perspectives and energy to the Games.”

Philipse added, “On the sporting side, we’re thrilled to be able to showcase elements of Hong Kong’s sporting culture and heritage to the world. Dragon Boat racing, esports, and trail running, which are popular and have strong roots in Hong Kong, will bring a local flair to the Games and offer a spectacle that everyone can enjoy.

“Finally, being the 40th anniversary of the Gay Games, a photo exhibition will be held to celebrate the history and achievements that have made the Games the successful global event that they are today.”

GGHK will run with a motto Unity In Diversity that is rich in local history, too.

“Until the 1970s, spotting sampans – the traditional Chinese wooden flat boats – sailing up and down Hong Kong’s Victoria Harbour day and night, was a common sight,” Philipse said. “Among those, there were some bigger and stronger ones, venerable vessels displaying striking, flashy red sails. Nowadays, only a few of them are still visible in the harbour, but their legacy has become one of the most cherished symbols of the city.

“Designed in the form of the sampan and representing the diversity in the LGBTQ+ community – highlighted by the six rainbow colors – our boat sails on placid waters: a grey hand represents humanity which we are all part of; the two-colored waves represent the immense streams of water that unite all continents and gently pushes the ship towards #UnityInDiversity. Finally, the blue and orange colors, representing the Sun and the Sea chasing sunrises and sunsets, paint the wording, while the dark blue of the ocean stands quietly at the bottom, reminding us of the motto representing the Games, and of the three circles from the official logo of the Federation of Gay Games.

“During the bid process in 2018, the GGHK team reached out via social media to the public to submit ideas for the official logo. The winning logo, as voted by the public, was designed by Jom Has. In 2020 Tommaso Panerai, our GGHK Creative Director, restyled and updated the logo into its current form.”

GGHK will present a six-night arts and culture festival with nightly performances hosted at the village mainstage. These performances will showcase exhibition dance, choir, performance art, and concert bands. These village performances will also be complemented by a New Media Visual Arts Expo, as well as off-site entertainment and tours taking place around the city.

An exhibition of the NAMES Project AIDS Memorial Quilt Memorial will be held with a ceremony led by AIDS Concern, a local HIV/AIDS non-profit organization, Philipse confirmed.

Philipse expects participation from the U.S. to be solid, despite the lengthy travel and the current pandemic.

“We’re confident that Hong Kong represents an attractive and welcoming destination and host city for all to enjoy the Gay Games. We’ve seen excellent engagement levels with the Games so far and we’re only expecting excitement levels to rise as we draw closer to the Games,” he said. “We’ve seen strong interest levels from U.S.-based participants just like every other edition of the Games and there was a follow-up webinar for U.S. teams on February 19 to follow up from our successful January webinar.”