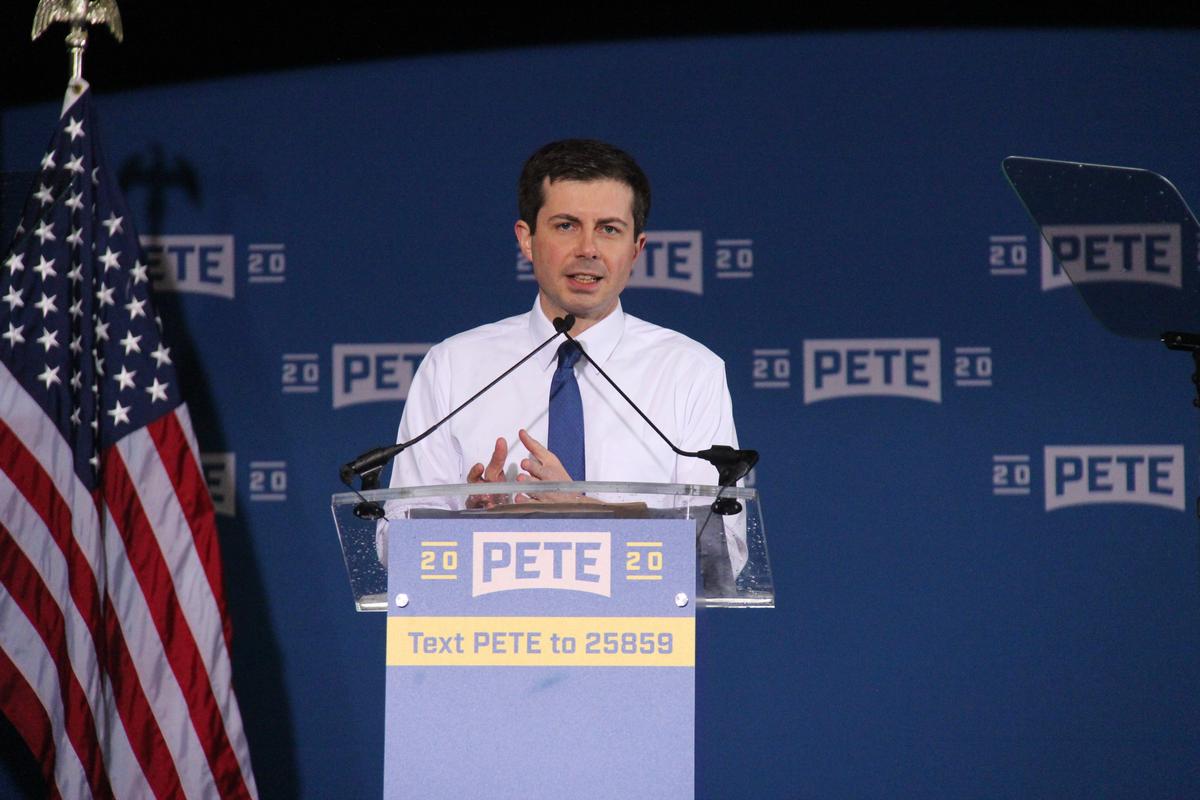 photo credit // gopride.com
Pete Buttigieg was confirmed by the U.S. Senate in an 86-13 vote as the next Transportation Secretary. He becomes the first openly gay cabinet secretary confirmed by the Senate in the nation's history.

“This confirmation breaks through a barrier that has existed for too long; where LGBTQ identity served as an impediment to nomination or confirmation at the highest level of government,” Human Rights Campaign president Alphonso David was quick to congratulate Buttigieg.

“Let this important moment for our movement serve as a reminder to every LGBTQ young person: you too can serve your country in any capacity you earn the qualifications to hold.”

In more lighthearted greetings, Chicago's O'Hare International Airport tweeted, “We look forward to seeing you back at B5 soon!”

Buttigieg said he proposed marriage at Gate B5.

"Don't let anybody tell you that O'Hare isn't romantic,” he said back then.

Not to be outdone, Midway Airport tweeted today, “We can't wait to show you how romantic Midway can be!”

“After serving our nation in uniform and leading his local community, Secretary Buttigieg is now answering the president's call to help rebuild our country,” she said. “His confirmation is historic, and together we'll work to create good-paying jobs while prioritizing equity and sustainability.”

As expected, persons who do not support LGBTQ rights took aim at Biden and Buttigieg on social media. Commentaries argue Buttigieg was chosen only for being gay. In others, that his appointment goes against Christian values they allege the nation was founded upon.

Only 39 years old, President Joe Biden called Buttigieg the “new voice” in a cabinet room that used to seat only white male senior citizens at the helm of American public policy.

He will take the lead in delivering on Biden's $2 trillion promise of rebuilding the nation's infrastructure network and fight climate change at the same time. Just last week, Buttigieg spoke to the U.S. Conference of Mayors' 89th Winter Meeting on those issues.

During his Senate confirmation, Republicans were already groaning at the cost of the Administration's price tag to modernize roads, bridges, railways, seaports, and airports. It would be Buttigieg who would be called to Congress in the next four years to fight for those dollars.

It is not yet clear how the Administration will pay for the ambitious program.

During his confirmation, Buttigieg said that his department is best poised to create jobs—it takes labor to build.

Buttigieg told the committee, “We need to build our economy back, better than ever, and the Department of Transportation can play a central role in this.”

Despite those concerns, top Republicans on the Senate Commerce Committee noted Buttigieg's “impressive credentials” for the job.

A former South Bend, Ind. mayor and U.S. Navy intelligence officer, Buttigieg will take over a multi-billion dollar bureaucracy created in 1966 by President Lyndon Johnson. Buttigieg will oversee the nation's airports, seaports, and highways, among other things.

Ahead of Buttigieg's appointment, President Joe Biden reportedly favored former Chicago mayor Rahm Emanuel. Progressive Democrats lobbied against Emanuel for his alleged failings in the last years of his mayoral tenure—the rise of gun violence and his handling of the murder of Laquan McDonald by Chicago Police Officer Jason Van Dyke.

Former New York City mayor Mike Bloomberg said, “As a mayor, Pete Buttigieg knows the importance of transportation infrastructure to our economy and public safety. Having a leader with that local perspective at the Department will benefit cities and communities across the U.S.”

Buttigieg is a Harvard graduate, a Rhodes scholar, and an Afghanistan war veteran. From 2012 to 2020, he served as mayor. Since 2018, he has been married to Chasten Glezman—an educator who taught in Chicago, Milwaukee, and Indiana schools. Chasten shared that he met Buttigieg in 2015 on a dating app called Hinge.

Technically, Republican diplomat Richard Grenell was the first openly gay cabinet member—though not in a capacity confirmed by the Senate. He served as Trump's acting Director of National Intelligence from February to May 2020.