Singing Sensation: Justin Utley shows 'All Is Bright' even in 2020 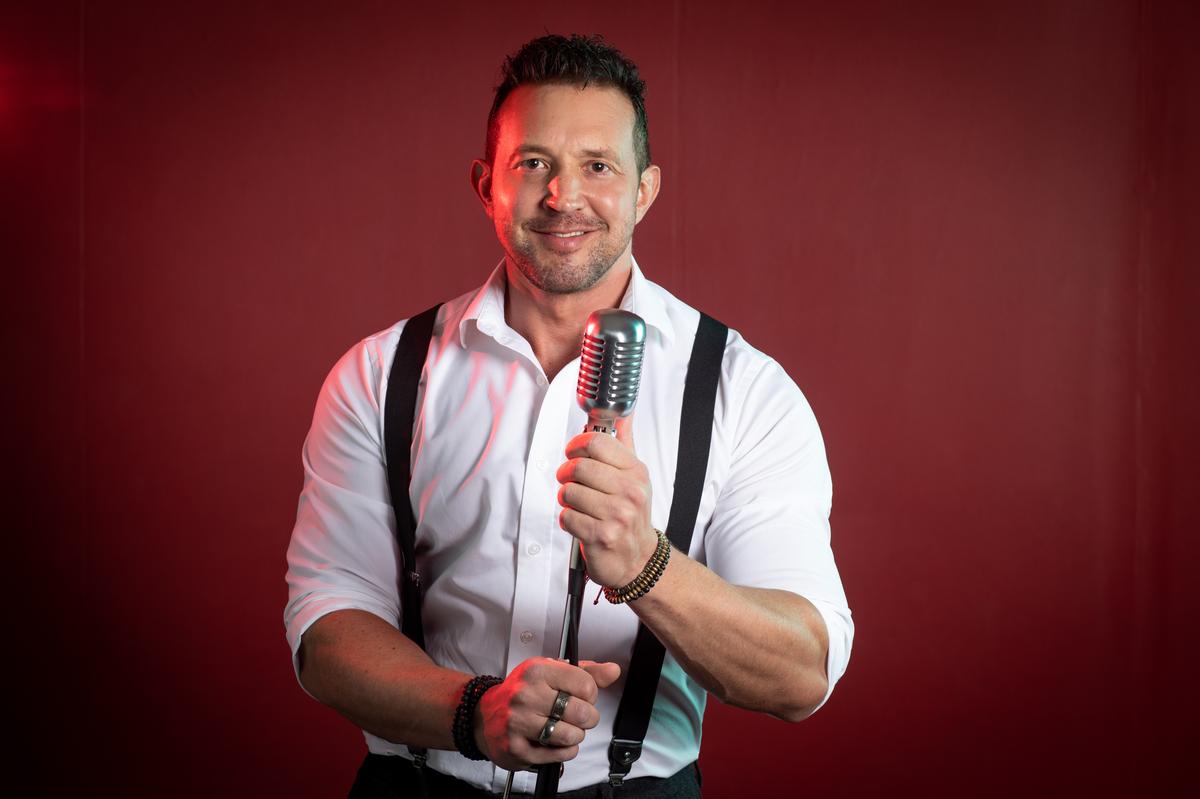 “All Is Bright” tells how, even during a tumultuous 2020, there’s still a silver lining.  “The pandemic has brought people closer,” he said.  “There’s nothing like spending time surrounded by the people who matter most, even if it’s over Zoom.”

“All is Bright” is an optimistic, yet not overly sweet holiday song, which he pieced together with his producer (T. Harts) during a few sessions this year. The song “definitely captured how I’ve felt during this year’s COVID situation and restrictions,” he said. “I’ve missed touring; I’ve missed connecting to people who mean a lot to me.  This song is about finding that silver lining during darker times and being connected with the people who mean a lot to you, be it your friends, family, or chosen family.”

“All is Bright” is available on all digital platforms with all presale proceeds benefitting the Homeless Youth Resource Center of Utah. “Nearly half of all homeless youth in Utah identify as LGBTQ.  I want to help make a difference this holiday for those kids who don’t have a home to come home to.  It’s important to me and my passion for music to give back to the community in any way I can.”

Utley, 43, lives in Salt Lake City and New York City, and shot to worldwide fame as a featured performer at the 2002 Winter Olympics in Salt Lake City.  His single “Stand for Something” won Best Country/Folk Song of the Year at the 2010 OutMusic Awards. SiriusXM’s OutQ Radio later named him the “Artist of the Year.”

“My first thought … 25 years?? Man, that makes me tired,” he said, laughing.  “To see and hear the evolution of my music, my life, and the moments of it captured between the lines of the songs over the years,” stands out.

“It’s become a journal of sorts.  ‘Music is the soundtrack of your life,’ as Dick Clark put it.  It’s been interesting and fulfilling as a songwriter to look back on my own music that’s become a significant playlist in that soundtrack.”

Utley added: “It’s been a long, unpredictable road.  I remember when I first moved to New York, I was told by a music agent not to be ‘out’ and not to talk about my past and history, (with) conversion therapy, Mormonism, and all that.  I followed that advice, but soon realized I felt like I was lost in the shuffle of the millions of other singer/songwriters in New York trying to leave a mark.  One night during a gig at the Bitter End, I decided to talk about the backstory to one of my singles off my first album, Runaway.”

Utley said that he wrote the song “Goodbye Goodbye” about dating a girl while in ex-gay therapy and finding out that she was seeing other people on the side.  “It already (was) a fun song to play; I was hoping that mentioning the backstory would give it a kick, even if it was risky to do,” he said.  “The audience loved it and the manager of the venue approached me afterward and asked why I’d never talked about the backstory of my songs.  I told him about the conversation I’d had with music business people, to which he said, ‘Don’t listen to them again. Tonight, every person in that crowd will remember you and your songs. You (have to) be authentic.’

“That night changed everything about how I proceeded with my career and I haven’t looked back.”

Utley said the 2002 Olympics were “an incredible experience,” with worldwide attendees listening to his words. It was intimidating, too.

“Here I was, a local guy, playing an event in front of other celebrities and government officials across the globe.  It really helped jumpstart my career,” he said.

Utley’s star skyrocketed in 2010 when he claimed the Best Country/Folk Song of the Year at the 2010 OutMusic Awards for his song “Stand for Something.”

“The impact that song had still resonates today,” Utley said. “It’s a song I wrote about doing what’s right for equality, not only just for yourself, but for the people next to you, and so on.

“The song became a Pride Hymnal for the Unitarian Universalist Church that year.  I released an album soon afterward called ‘Nothing This Real’ amid a two-year Pride tour.  From Los Angeles to New York City, London, Bristol, Stockholm, and a bunch of cities in between.”

One of his favorite Pride memories from the past came from a trip to Stockholm, Sweden, while he was singing “Stand for Something” and the singing crowd lighting up the area with lighters and cell phones.

“I got a bit choked up, seeing how far this song had traveled,” Utley said. “After the gig, I got an email from one of the guys in the audience that evening, who thanked me for being an advocate against conversion therapy and releasing the song.  He too (had been) Mormon and had nearly ended his life from the mental torture he endured.  It’s moments like that which make the efforts I put into my music worth it.”

After the OUTMusic Awards, Utley also started speaking out against Conversion Therapy (ex-gay therapy), which he went through for about two years as a Mormon.  “A number of radio shows on SiriusXM picked up the story and I was named Artist of the Year by one of the radio shows on OUTQ, due to the impact my story was having in addition to the traction the ‘Stand for Something’ single had made,” he said.

Being an activist and advocate for civil rights and LGBT equality is about “gratitude and giving back,” he said. “I’m sincerely grateful for the opportunities I’ve had to share my music and message, and in turn I feel a responsibility to help create change for the better in return.  We exist in a much more comfortable space today than our community did just 10 years ago.  To think much of what I enjoy today was because someone else before me took it on themselves to ‘Stand for Something,’ it’s something I hold very dear and important.  I don’t want to take it for granted, especially since we still have a long way to go until everyone across our community’s spectrum and our allies are treated with the dignity, equity, and respect we all deserve.”

“It was great.  The atmosphere was quintessentially Chicago: fun-loving, energetic, and filled with passionate and community-driven individuals,” he said. “Hopefully I’ll be booking something in Chicago in 2021, perhaps (Northalsted) Market Days; I would love to be part of that.

“Chicago makes no excuses when it comes to enjoying every weekend of the summer.  I love how every time I’ve visited, whether it be for a gig, to hang with friends, or for a music festival, there is literally something happening in the streets of Chicago to celebrate. Chicagoans take full advantage of (the) summer; it’s very inspiring and inviting.”

“Hopefully we have a prosperous 2021 and getting back together to celebrate Pride in the ways we are used to,” Utley said. “I anticipate a full plate this coming year, a few new singles and music videos as well.  I’ve had to adjust focus this year, which has had its frustrations, though I’m looking forward to getting out and playing soon.”