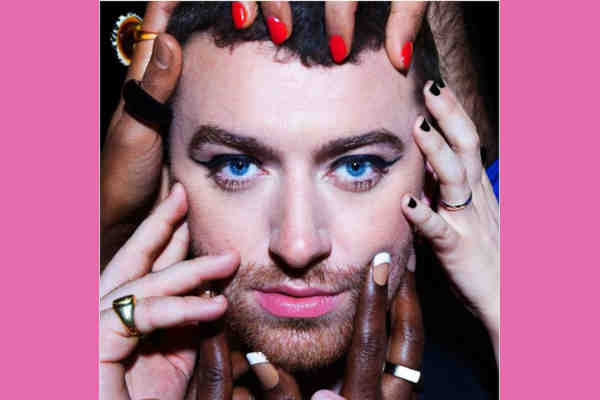 Out singer-songwriter Sam Smith is preparing to release their third studio album.

Love Goes is expected to arrive on October 30. It follows previous albums In the Lonely Hour (2014) and The Thrill of It All (2017). On both albums Smith sang about heartbreak.

But during an appearance on the UK radio show Capital Breakfast, Smith said that Love Goes is "kind of a break up album, but it's more like shake them off, dance them away."

"The album's more cathartic," they said. "Normally, on the album before, I would speak about love and I would really linger on the fact that I was in pain."

"Then, this album, it was more like, 'I'm heartbroken, but I need to get in the studio and I don't want to talk about it. I just want to dance.' We ended up dancing, then I'd talk about it through dancing a little bit."

"So it is kind of a break up album, but it's more like shake them off, dance them away."

Smith and 13 Reasons Why actor Brandon Flynn split in June 2018.

"Brandon was wonderful. I'm still trying to figure out what I took from that relationship and what it meant to me. It's still quite raw. All my relationships have ended in a nice way, never nasty," Smith said.

Love Goes was previously scheduled for release in May. Its previous title, To Die For, was scrapped due to the coronavirus pandemic. Several singles have already been released in promotion of the album.