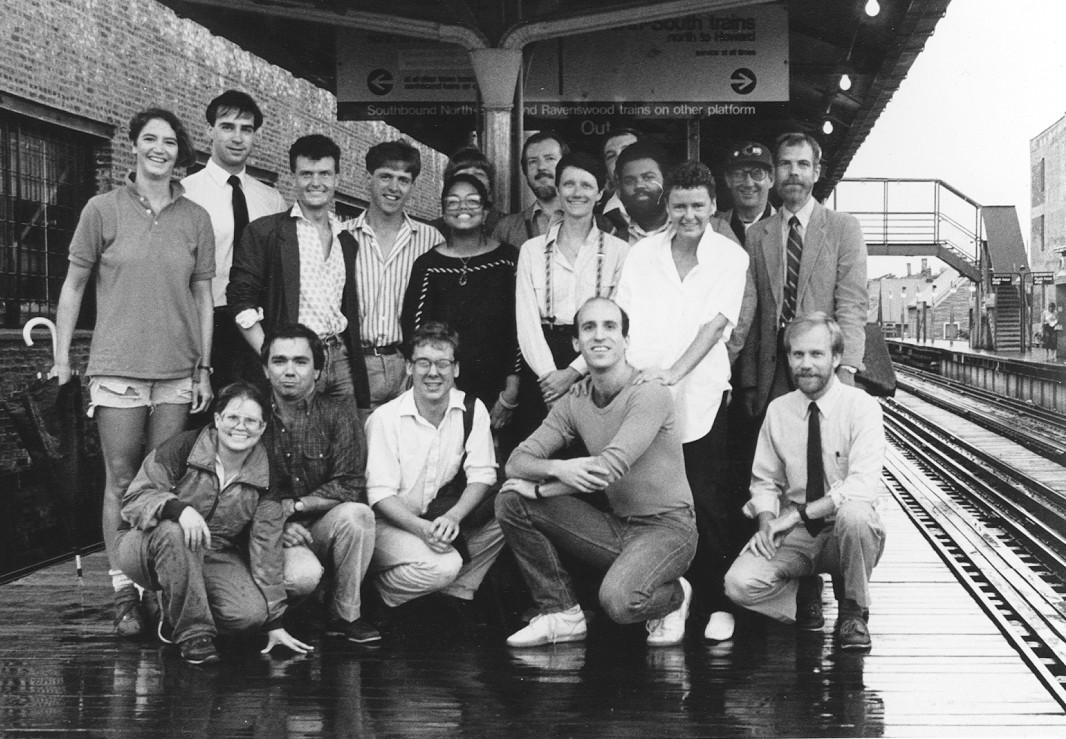 An award-winning, history-filled Chicago LGBTQ institution will be honored and celebrated over the next month, but then shockingly transition out of the local spotlight.

The Windy City Times, the lone surviving LGBTQ newspaper in Chicago, will celebrate its 35th anniversary with the Sept. 30 edition and a special collector's edition will include a retrospective of the last 35 years. The Windy City Times also will be inducted into the Chicago LGBT Hall of Fame in a virtual ceremony to be streamed on October 13.

But, it was announced on Sept. 9, the Windy City Times will move to a digital-only format starting in October. Three of the paper's five employees will be furloughed in October as the company seeks additional resources in its pivot to digital, it was announced.

Tears were plentiful after the news was released about this local, trusted, respected news source. Hundreds of people, locally and from across the U.S. and even internationally, chimed in on social media in support of the newspaper and its longtime leader, Tracy Baim, who is the paper's majority owner. Facebook reactions included:

“Oh wow, such a blow to our beloved community.” – Matoula Mikos

“You have changed and enlightened many of our lives through the years with the Windy City Times.” – Angelique Munro

"Tracy, you have done our community and our city an immeasurable service! You were there when we needed you most and I know the good work from you and your staff will continue in all sorts of important ways!" – Ellen Miller, co-host OutChicago Radio

“Our community is better because of you. You've been a source of inspiration to me and many others, and continued to provide quality journalism at a time when it is sorely lacking. I've enjoyed working/collaborating with and knowing you over all these years. You should all be very proud to have served as the heart, soul and guiding light of LGBTQ+ Chicago.” Jeff Berry, editor Positively Aware

“Thank you, Tracy, for giving the LGBTQ community of Chicago a voice and telling our stories. The WCT was required reading while I lived there and, because of you, is one of the most trusted news sources for our community nationwide. It's sad that the print edition is going away, but understandable in these times. Thank you for the amazing job you've devoted your life to – I know it is not ever been easy, but please know that the lifeline you created has saved and enriched many lives, including my own.” – Will Clark, event manager/producer

“Your place in journalism as an iconic figure and media outlet is secure. I admired the paper and your leadership for so long. Thank you for all you have done.” – Mark S. King

“WCT has been a critical voice of our news and has lifted us up in countless ways.” – Betsy Rubinstein

“Thank you, Tracy and team, for being both a lifeline and a bridge between our community and the world. As a reader and as an advertiser I was always struck by your integrity, passion and commitment to serve our community.” – Andrew Hayes

“It is indeed the end of an era. In the dark days of the 80s and 90s I always looked forward to picking up the latest edition. The Windy City Times was the place I went for information, memorials and community.” – Larry Baker

“The end of Windy City Times in print is heartbreaking news. Thank you all for informing, educating, and chronicling Chicago's LGBTQI community all these years. Don't be sad it's over. Be glad it happened. You have lots to be proud of.” – Cesar Chavez

"WCT has been the most important cultural institution of LGBT Chicago for a generation. It's contribution and your leadership can't be overstated.” – Jim Snyder

“Thank you, Tracy and the full WCT family, past and present. You documented our community through the highs and lows and everything in between. And I mean the FULL (community). WCT is an institution in the Midwest and the print issues will be missed. Thank you so much for your care, your diligence and your ownership of the responsibility to bring the stories and concerns of LGBTQ+ people into the light. I know this was a hard decision and the right decision for the times. Thank you.” – Kim L. Hunt, Executive Director, Pride Action Tank

Windy City Times was founded in September 1985 by Jeff McCourt, Bob Bearden, Drew Badanish and Tracy Baim. Baim was the managing editor. In 1987 she left to found Outlines newspaper. Over the years, Outlines also launched Nightlines, BLACKlines, En La Vida and other LGBTQ media. In 2000, Baim purchased Windy City Times back from McCourt and she became publisher.

COVID-19 and its impact on the paper's core entertainment advertisers meant continuing a print paper was not tenable, Baim said. Windy City Times is among only about two dozen weekly or biweekly LGBTQ newspapers left in the U.S.

Gay media has long been a battle for resources, or lack thereof. And that's just a start of the woes gay media has had to overcome. Of course there was the HIV/AIDS crisis of the 1980s and 1990s, plus hate crimes, discrimination, internalized homophobia, and more.

The mainstream media vilified the gay community in the 1980s and when they were not doing that, they were ignoring it, Baim told GoPride.com in 2015. "So, there was so much riding on LGBT media getting [out] the full story, and covering all aspects of the community. AIDS also was starting its devastation of the community, so it was important to document what was going on, to tell people about events, protests and more. There was no Internet [at that time], so the newspapers were how people found out about everything.”

LGBTQ media in the U.S. was at its peak in the mid-1990s. In fact, there was a time when there were three weekly gay newspapers in Chicago, but that was just for a year.

There was a time in the U.S. when there were hundreds of LGBT publications, and yet now it's down to just over 100—and only 11 weekly LGBT newspapers.