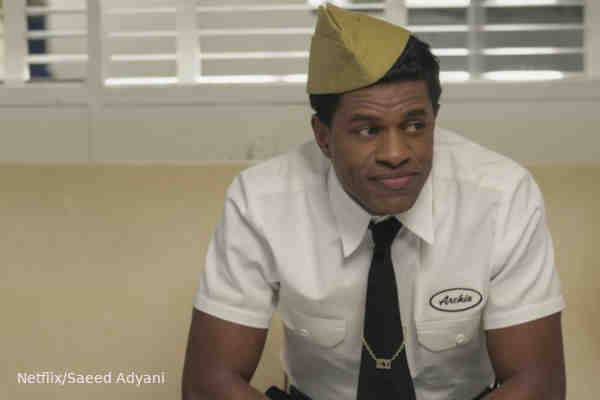 During an appearance on a podcast, actor Jeremy Pope talked about attending his first LGBT Pride parade in New York City.

Pope, a two-time Tony nominee, is best known for playing Archie in Ryan Murphy's Netflix drama Hollywood. He'll also appear in the next season of FX's Pose, another Murphy property.

Speaking to Marc Malkin on his The Big Ticket podcast, Pope talked about attending his first Pride parade three years ago in New York City.

"I loved seeing everyone just out and about and recognizing the community and the power and it's all built on love. It's like who doesn't want that?" Pope said. "You just walk in the streets and hugs and high fives and rainbows and colorful things and great music."

The coronavirus pandemic has led to the cancellation of in-person Pride events this year. But Pope said that he hopes the celebration will somehow continue.

"A bunch of us are all trying to get creative and find ways to still be in support just so we can feel the love because that's one thing I walked away with when I did my first pride, was I felt so much love and support," Pope said. "And it helped me stand on my own. So if anything, let's try to find a way to give that and to share that during this next month."