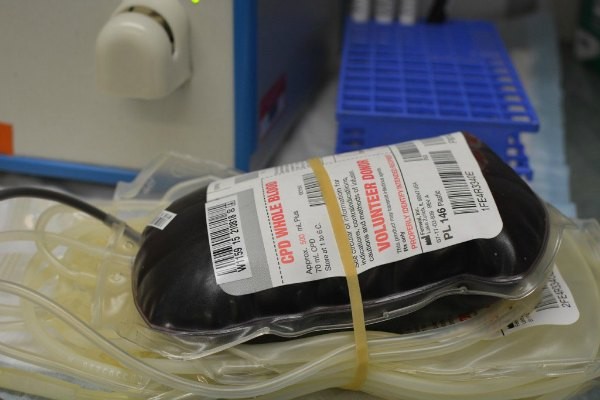 The Food and Drug Administration (FDA) on Thursday announced it would ease its ban on gay and bisexual men donating blood.

The FDA's move comes as the United States has become the epicenter of the coronavirus pandemic, with more than 250,000 reported cases as of Friday. On Thursday, the number of confirmed cases around the globe hit the 1 million mark.

The FDA adopted a lifetime ban in 1983 in response to the AIDS crisis. In 2015, the agency relaxed the ban to allow for donations from men who have sex with men who have abstained from sexual contact for 12 months.

The new policy will shorten the deferral period from 12 months to 3.

As the pandemic has intensified in the United States, thousands of blood drives have been forced to cancel, resulting in roughly 130,000 fewer donations. U.S. Surgeon General Jerome Adams has called on Americans to donate blood amid the pandemic.

"As a result of this public health emergency, there is a significant shortage in the supply of blood in the United States, which early implementation of the recommendations in this guidance may help to address (even though the recommendations in this guidance are broadly applicable beyond the COVID-19 public health emergency)," the FDA said on its website.

"To help address this critical need and increase the number of donations, the FDA is announcing today that based on recently completed studies and epidemiologic data, we have concluded that the current policies regarding the eligibility of certain donors can be modified without compromising the safety of the blood supply," the agency said.

GLAAD, which had called on the FDA to lift the blood ban, called the policy change an "imperfect" victory.

"After weeks of pressure from GLAAD and others, @US_FDA is lowering the deferral period on men who have sex with men from 12 months to 3 months. This victory, however, remains imperfect. We'll keep pushing for the ban to be lifted entirely," the group said in a tweet.

"While this change by the FDA is a step in the right direction, it still bases itself in bias rather than science," HRC President Alphonso David said in a statement. "This is progress from the FDA. But our work is not yet done."

David added that the FDA policy was still "based on identity as opposed to risk" and called it "irrational."

In recent months, representatives and senators had called on the FDA to update its policy.