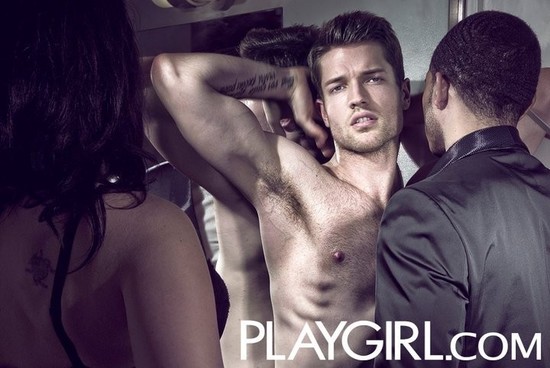 "It took me about three months to come to a 'yes' decision to pose in Playgirl."

Chicago, IL - Ronnie Kroell, a finalist from season one of Bravo's Make Me a Supermodel, will bare all as the cover model for the June issue of Playgirl.

"I decided to drop my labels for Playgirl because I wanted to make a few statements with regards to American society, nudity, and human vulnerability underneath our clothes," Kroell tells ChicagoPride.com.

"It took me about three months to come to a 'yes'," Kroell said of his decision to pose nude in Playgirl. "I'm really happy and it was really a fun experience for me because Playgirl immediately saw upon meeting me the artistic vision that I had and what I really wanted to do."

In an interview with ChicagoPride.com, the 27-year-old Chicago native talks about his ongoing philanthropic ventures, modeling career and return "home" for Chicago Pride this June.

Since appearing on Supermodel, Kroell moved to New York City where he has found success as a model and remains interested in acting. He has done runway work for Philip Sparks, Loris Diran and Malan Breton. Kroell has also been featured on the cover of Instinct and Next magazines.

Kroell, who grew up in Skokie Illinois, has always participated in philanthropic ventures. Recently he and business partner, Stephanie A. Jones, developed the GeekNerdWonk Charitable Foundation, which supports smaller, underfunded charities. He has also been working with Equality Maryland, GLAAD and HRC.

"Ever since I was a kid my passion was fueled by learning about others, protecting their rights, and inspiring them to love themselves and to follow their dreams," said Kroell.

Kroell returns to Chicago on Thursday, June 24th for an appearance at the ChicagoPride.com 8th Anniversary Party from 7 p.m. - 9 p.m. at Roscoe's, 3356 N. Halsted. He will also host the Chicago Pride Pre-and After-Party on Sunday, June 27th at Cesars on Broadway, 2924 N. Broadway.