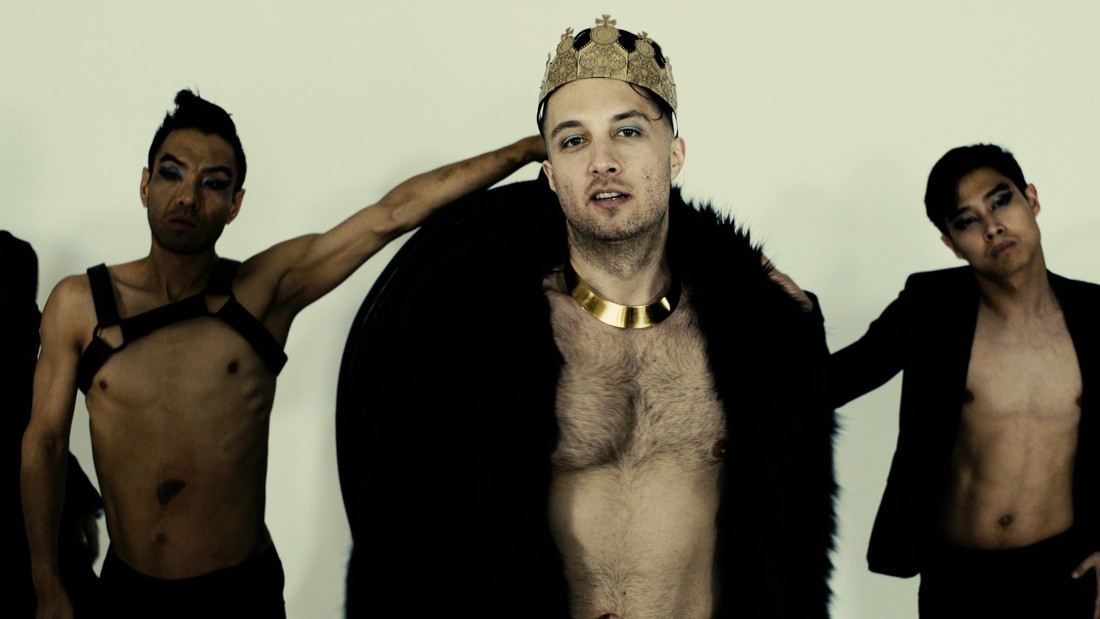 Jack Tracy is back, with part one of a three-part album titled, FOR YOU, featuring "Afar" – a song directed at friends who have let him down with empty promises, including actors who confirmed to appear in his film projects but then backed out when something better came along, and also club managers who booked him to perform at their venues in exchange for sexual favors.

He also released "Petty & Ready," a shot at the trolls who regularly criticize Tracy on social media for his looks and his music. Then there's "BDE," which is Tracy's swipe at the bad behavior of gays on the hookup apps, as well as, "Take Over," a commentary on the negative impact technology has had on meeting people in the LGBTQ community.

"I began thinking about this project late last year when I found myself unable to find any new music I liked," said Tracy, 36, who lives in New York City and is the executive producer for Necessary Outlet Productions LLC. "Sonically, music production is incredible these days, but the songwriting itself ... I'm so tired of songs about how fabulous someone is, how much sex they have, how much money they have or how in love they are. I felt compelled to make songs that had strong points of view."

And that he did.

"I'm very happy with my growth in song writing and production. I think I've really grown as a recording artist, found more confidence and it just makes me excited to work on the next installment."

All four videos from part one of FOR YOU are now available on Youtube.

"I think (the videos) look amazing," Tracy said. "We are a skeleton crew of usually three off-camera people filming these huge sequences. If I'm not on camera, I'm usually holding it. So, the fact that these videos came out looking so clean, so polished ... I couldn't be happier."

"First, I write songs by, about and for the LGBTQ community. Nothing is veiled. So, LGBTQ friends, this album is 'for you,'" he said. "Second, my first album had a very 1990s retro-feel and I wanted this album to be a little more current. There's still a throwback feel to it, but contemporary music listeners, this album is 'for you.' Finally, the title track is a ballad sung to my younger self, thanking him for his experiences because they give me something to write about today."

Tracy added: "We are finally at the stage where we can sing songs about our experiences (in the LGBT community) and about love without having to be vague about our gender pronouns. We keep getting closer and closer. Troye Sivan was able to sneak a song about bottoming into pop music with Bloom, but we're still not able to just say our experiences plainly and out loud. That's what I want to do."

FOR YOU was recorded at Redbird Studios in New York City and mixed by Grammy-nominated sound engineer Brent Kolatalo, with an up-tempo, dance-centric record and bold lyrics that have an unapologetic LGBTQ point of view.

Working with Kolatalo is a dream, Tracy said.

"I decided I needed a more contemporary audio mixing engineer for this album and I took to Google. When I saw Brent's resume, there were numerous songs that were some of my favorites, particularly some early 2000s Janet Jackson material. So I reached out expecting not to ever hear back, (but I did and) he's been a joy to work with and has been instrumental to helping me craft my sound."

Part two of FOR YOU will be released in November and the remainder of the songs by January.

"My music persona is definitely more heightened," than Jack Tracy away from microphone, he said. "I made a very conscious effort to step up with the costumes and presentation, to be a little more 'fab' than my jeans-and-t-shirt day-to-day image. But my loudmouth opinions are consistent across the board."

Away From Music: "When I'm not writing, singing, dancing, choreographing, directing, producing or performing, I run a global legal analysis division for a media company."

Little-Known Fact: Is a huge Star Trek fan and is very excited for the new Picard series.

Being a Pop Star: "I'm not delusional – I'm a 36 year-old gay man lacking (a) six-pack abs and Sam Smith's voice. But I have the drive, vision and message to finally become the person I've always wanted to be. And at the end of the day, if I'm sharing my art with a very small but passionate fanbase, I can die a happy man. But the sky's the limit."

About Chicago: "Boystown is fun, but every time I go it's so cold outside ... and this hair does not work in the wind."

More Chicago: "I did a boat tour that was a lot of fun. I love looking at interesting architecture."

Celebrity You'd Most Like To Meet: "I've met my golden three: Janet Jackson, Patrick Stewart and Bernadette Peters. I think Trixie & Katya would be a nice addition."

Best Part of Living in NYC: "There is no reason to be bored. You can literally do, see, eat, experience everything you want."

Worst Part of Living in NYC: "The dating scene is tough, especially at 36."

For more about Jack Tracy, go to: https://gopride.com/Zezk and https://www.youtube.com/necessaryoutlet