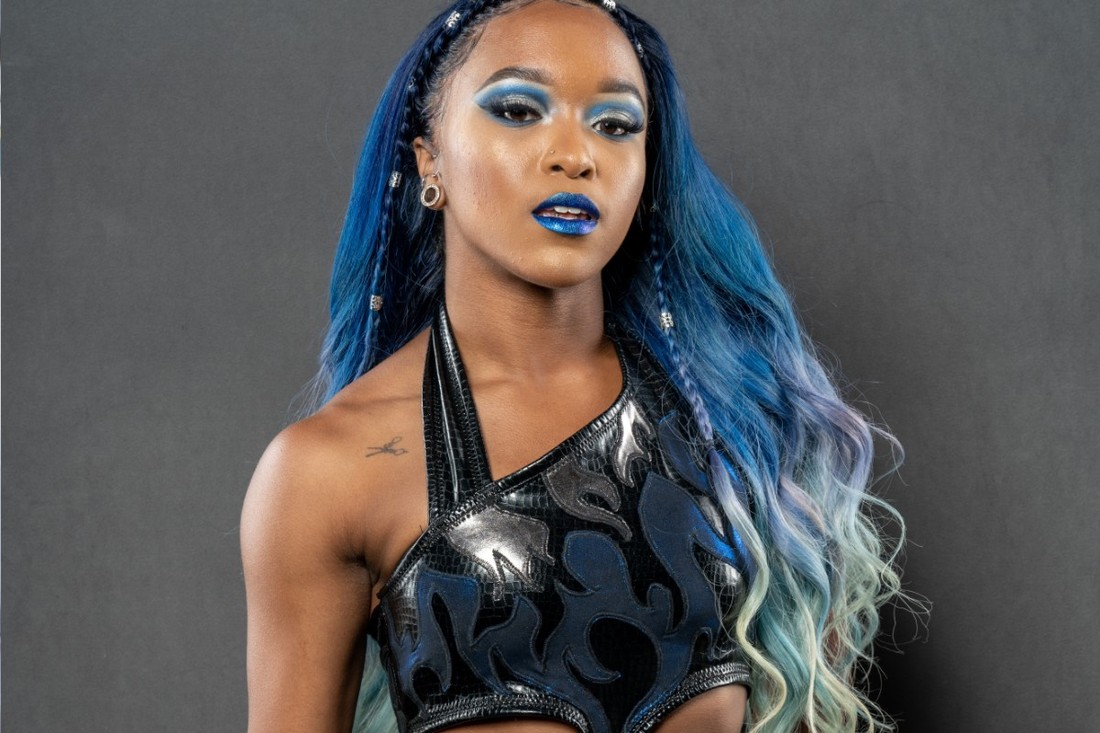 Pro Wrestler to speak at the Center on Halsted, drop the Ceremonial First Puck at the Chicago Wolves’ Pride Night Game, meet with Illinois State Rep. Greg Harris, and more

What started as a simple speech at the Center on Halsted has snowballed into a four-day Coming-Out Party for professional wrestler Kiera Hogan.

Hogan, 25, an Atlanta resident who has been wrestling professionally since 2015, will be in Chicago for IMPACT Wrestling's premiere event of the year, Bound For Glory, which will be held Sunday night, Oct. 20, at the Odeum Expo Center in Villa Park.

But before stepping in the ring, Hogan will be all around the city and suburbs for LGBT-related events, appearances and speeches, including a Sunday speech at the Center, starting at 11 a.m.

Hogan announced on social media in July that she is dating fellow professional wrestler Diamante – and she too will be at the Center to support Hogan, as will other IMPACT stars.

By coming-out, Hogan said she can be "genuinely happy in my relationship ...I (am) truly happy for the first time in a long time and I wanted to share it with the world."

Hogan has an IMPACT Wrestling Knockouts Division member since 2017. She played varsity soccer for three years in high school, then went to college for one year.

"My parents wanted me to go to college; I wanted to pursue my dream – being a professional wrestler. So yes, I had to go through a lot to get to where I am now in wrestling, and thankfully, my parents now are head over heels with my wrestling career and super supportive," she said.

Hogan has the tattoo "Aspire To Inspire" on her left forearm, which truly is her motivation. "Live your life the way you want to. Whatever dream you have, follow it ...I'm able to follow my dream every day," she said.

Her advice to questioning youth is simple: "Don't be discouraged or fearful. Fear holds you back from being your true self."

Hogan said that being one of the few out pro athletes "is an honor and a privilege," especially since she admitted, "(I) honestly never knew I would ever have the courage to come out."

Hogan will participate in Bound For Glory on Sunday night, October 20, at The Odeum in Villa Park, but that is the culmination of her whirlwind Chicago visit.

Here's a look at the schedule for Hogan's Coming-Out Party:

Details: This Pizza Party is hosted by The Pinta Pride Project, which runs Buffalo Grove Pride in suburban Chicago. Molly Pinta, 13, spearheaded the first-ever Buffalo Grove Pride Parade this past June. Kiera will speak to the attendees, sign autographs, pose for photos, and more.

Details: Kiera will talk with players before the games start, then perform the ceremonial coin-flip.

Details: The Wolves are holding their inaugural Pride Night, with a portion of select tickets sold to the game to benefit the Center of Halsted. Kiera will do the Ceremonial Puck-Drop, then participate in various Pride Night festivities.

Hogan's Quote: "It's something that I never thought I actually (would) get to do, so I'm excited to do something new, especially for the team's first Pride Night."

Hogan's Quote: "This is the first drag show (I have ever attended); that makes it even better. I'm so excited I love my queens and a few (IMPACT) Knockouts will be joining me."

Details: Kiera will speak at the Center on Halsted, including a Q& A session, autographs and photo opportunities.

Hogan's Quote: "Having Diamante at the Center on Halsted for that (event) means so much to me, it really does. I get to talk about how much she means to me right in front of her. Although she's heard it all before, I'm sure she's still going to be surprised by something."