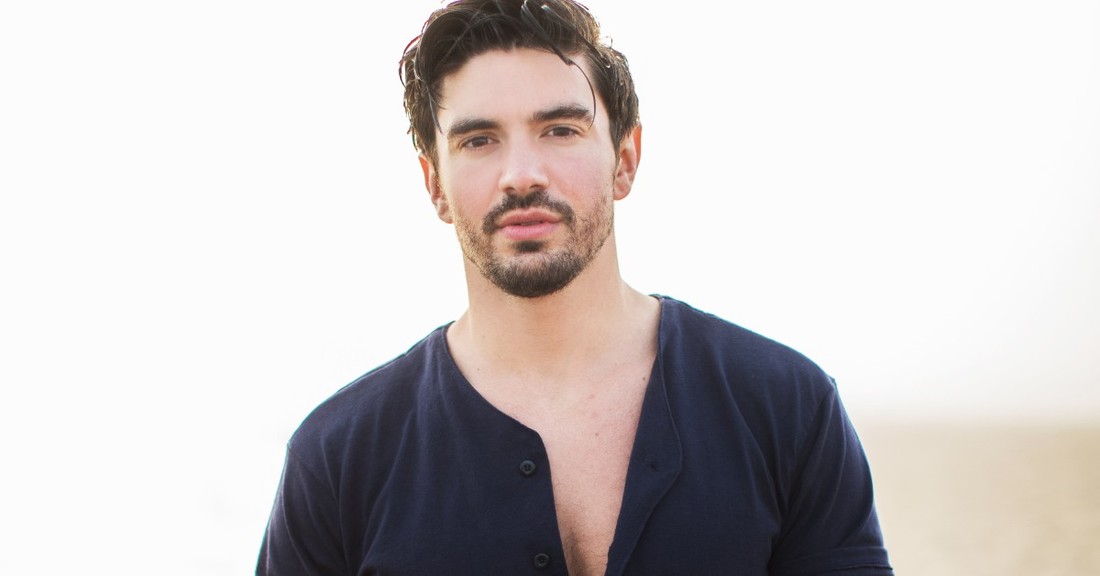 Steve Grand will be performing at Northalsted Market Days on Saturday, August 10, marking the fourth time he has been a major part of the largest street festival in the Midwest.

The 38th annual Northalsted Market Days is a two-day event, held in the heart of Chicago's Boystown neighborhood, featuring live music on five stages, 200-plus vendors, arts, crafts, food and drinks – plus plenty of shirtless boys walking the street.

"I performed for my first Market Days in 2013 (and) it was one of the first big events I did after my first music video came out for 'All-American Boy.' So, for that reason, and the fact that I spent my early-20s in this city, Market Days will always have a special place in my heart," Grand said.

His Saturday show, at 5 p.m. on the Nissan Partners of Progress Stage (at Halsted & Roscoe Streets), will be an all-acoustic show, no tracks.

"I'll be singing and switching between guitar and piano," he said. "Of course I will do some of my best-known originals, like 'All American Boy,' 'Stay,' and 'Pink Champagne,' but I'll also be doing some of my favorite songs from Queen, George Michael, Elton John, and maybe even Kasey Musgraves.

"So even those that aren't familiar with the songs I've written will still enjoy the show."

Grand, 29, from south suburban Lemont has been a national and international star, particularly within the LGBT community, since the video for his song 'All-American Boy' went viral – it had about 1 million views in its first week and now has 7.3 million views.

The song, set against a backdrop of country roads, an American flag and friends around a campfire, tells the story of a young man in love with a heterosexual male friend. Grand recorded the vocals in his parents' basement and maxed out his credit card to self-fund the video.

"Chicago will always have a special place in my heart because this is where I spent my early-20s," he said. "I was a barback at Mini Bar in Boystown; I worked at one of the Wrigleyville roof tops; I performed regularly at the Joynt for over a year. It's always a nice time for me to reflect on this wild journey I've been on, and see a lot of familiar faces."

That said, Grand admitted that, yes, he does get more nervous performing in Chicago that in any other city. "It's the nervousness that comes from the pressure I put on myself to do a really good job for some of my long-time supporters, family and friends," he said.

Grand attended Market Days for the first time when he was 19. "I remember feeling almost overwhelmed by all of the good-looking shirtless guys roaming the streets all weekend," he said.

In 2013, he performed right before Wilson Philips on the main stage in front of about 10,000 or more. "That was still one of the most incredible moments of my life, as I was still on the high of having just released my first music videos," he said.

Grand has spent the summer, once again, with a continuing residency at The Art House in P-Town, which runs through Sept. 5.

"I love P-Town and I'm very proud of the show I've put together. This summer I really aimed to challenge myself vocally and it seems to be paying off. I've really worked on strengthening my voice and now I'm hitting higher notes more accurately than I ever have before," he said. "I really enjoy going to the beach or the pool (in P-Town), where I can get into conversations (with) folks from all around the country. It's fun having a different group every week, though it sometimes can be a little overwhelming. It's just such a great, quaint little place with a happy, summer energy."

Grand will be in Poland this fall for the first time ever with his family. "My background is mostly Polish, yet none of us have ever been, so we are meeting up with some distant relatives. I'm not performing there, so I'll just get to focus on seeing the sights," he said.

As for performing, he's doing an East Coast run as well as a West Coast run in Palm Springs, Los Angeles, San Diego, Sacramento, and elsewhere in November.

Starting in December, Grand begins four months performing in Puerto Vallarta at Act II Stages every Tuesday and Thursday. "I did this last year for two and a half months and absolutely loved it, so I'm excited to go back," he said.

Grand performed in conjunction with Puerto Vallarta Pride in 2018.

His New Songs: "I am so lucky to have such a solid group of fans/supporters. People have responded especially well to 'Pink Champagne' and 'Disciple.'" Both songs have music videos, which are available on YouTube.

Away From Music and Performing: "All is well, for the most part. (I am) trying my best to stay in touch with family and friends. I'm very lucky to have a lot of wonderful people in my life."

Website: Go to stevengrand.com where you can purchase everything from CDs to vinyl to shirts, to beach towels.